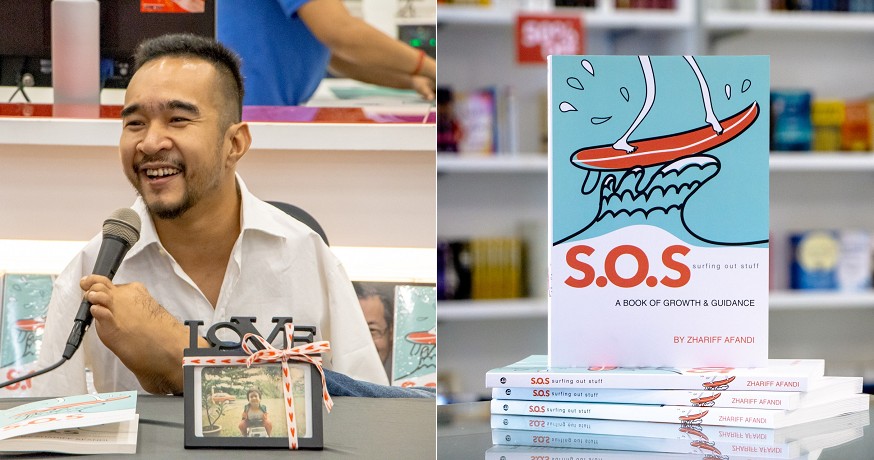 Zhariff Afandi was born without any hands. However, he has never let his disability stop him from accomplishing many goals. Star2 pointed out how the author became a successful motivational speaker and even obtained a triple degree in psychology, sociology and law. He is also a regular runner and has completed a 6.5km swimathon.

Now, Zhariff has achieved yet another milestone by releasing his first book entitled “S.O.S Surfing Out Stuff: A Book of Growth & Guidance”. 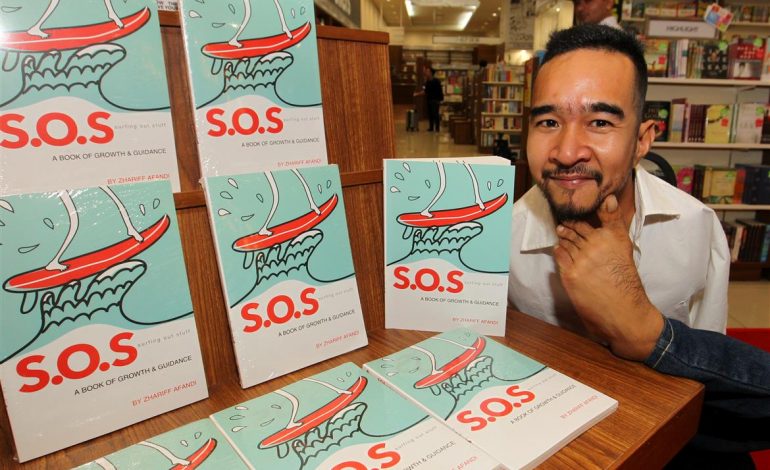 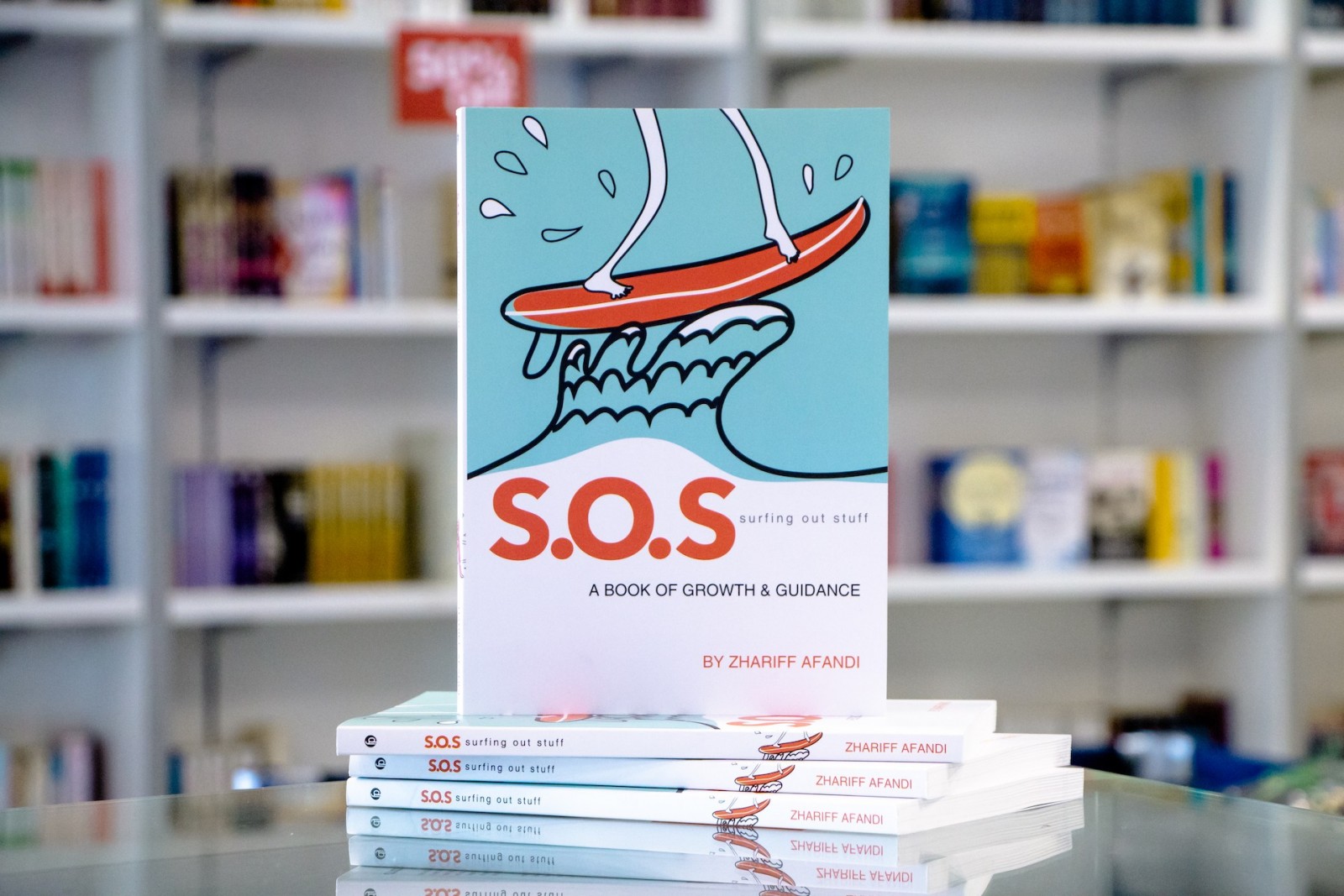 In an interview he did with Epic, he mentioned,

“I was in a state of depression and sadness when I started the book.”

“At that time, I was feeling the state of sh*ttiness because it was a period of having been successful for many years as the motivational guy with no arms breaking barriers. But it turns out I was still just a normal guy.”

Zhariff had shared on his Facebook page how he was initially rejected from primary school at the age of six. Even when he got accepted, he still had to learn how to write properly with his feet. Adulthood wasn’t any easier as he faced many struggles including the failure of his marriage. 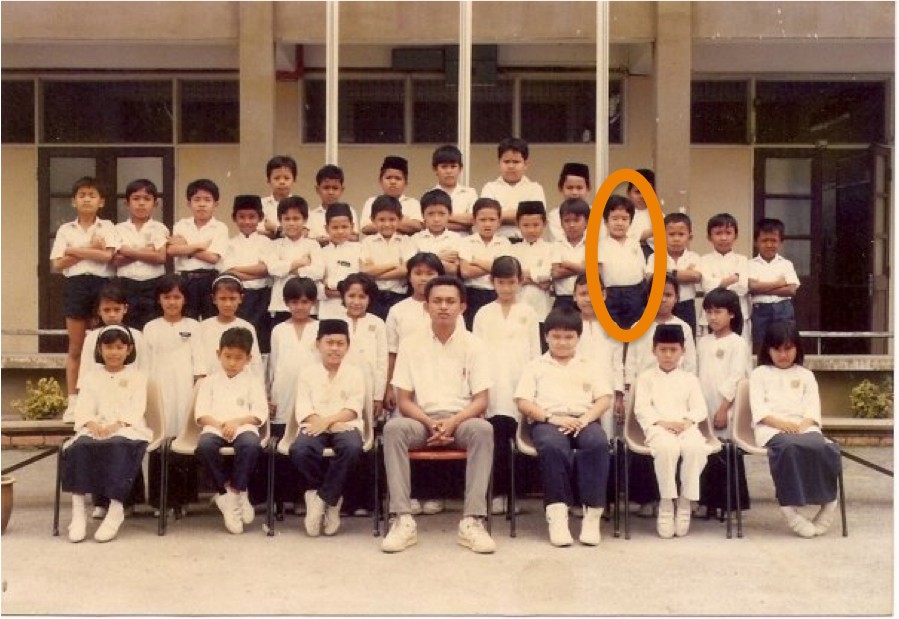 However, Zhariff mentioned that the book was not just a biography of himself, but rather a platform where he can share his experiences to inspire other people who are struggling in life.

“I used the painful experiences as fuel to write this book. In some ways, it really helped. It was a way to heal myself,” Zhariff said at his book’s launch last December. 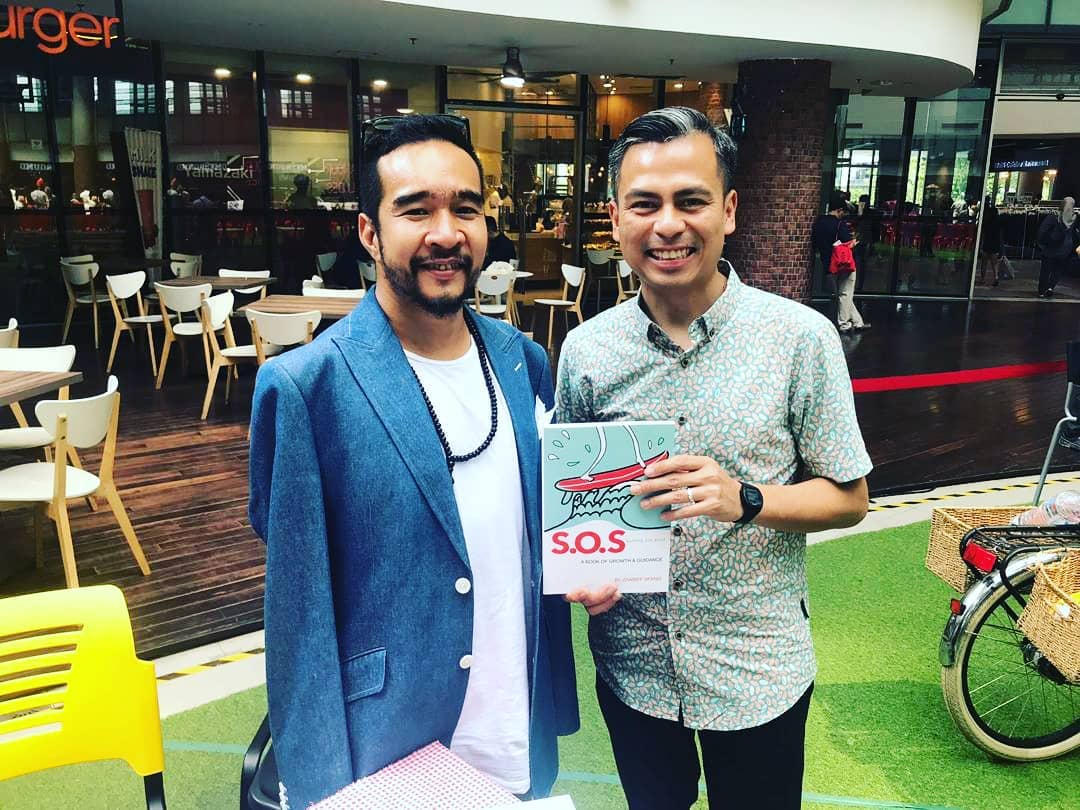 S.O.S Surfing Out Stuff: A Book Of Growth & Guidance was named after an experience the author faced. Zhariff, who took up surfing, recalled an incident where he attempted to surf a nine-foot wave and slammed his face on the sea. After regaining consciousness, Zhariff was left with the choice of either struggling back onto his board, or drowning on the spot. That experience stuck with him as he proudly shared how surfing has taught him many lessons to go through life.

“I find it’s the same thing in life, you put certain weight in the wrong parts of your life, you will lose your balance and you wipe out,” he said.

After several attempts at writing the book, it was finally published by the Make It Right Movement and Faceberry Publications. The 126-page book is split into two parts. The first part talks about his happiest and saddest moments while the second part shares about the lessons he has learnt throughout his life. 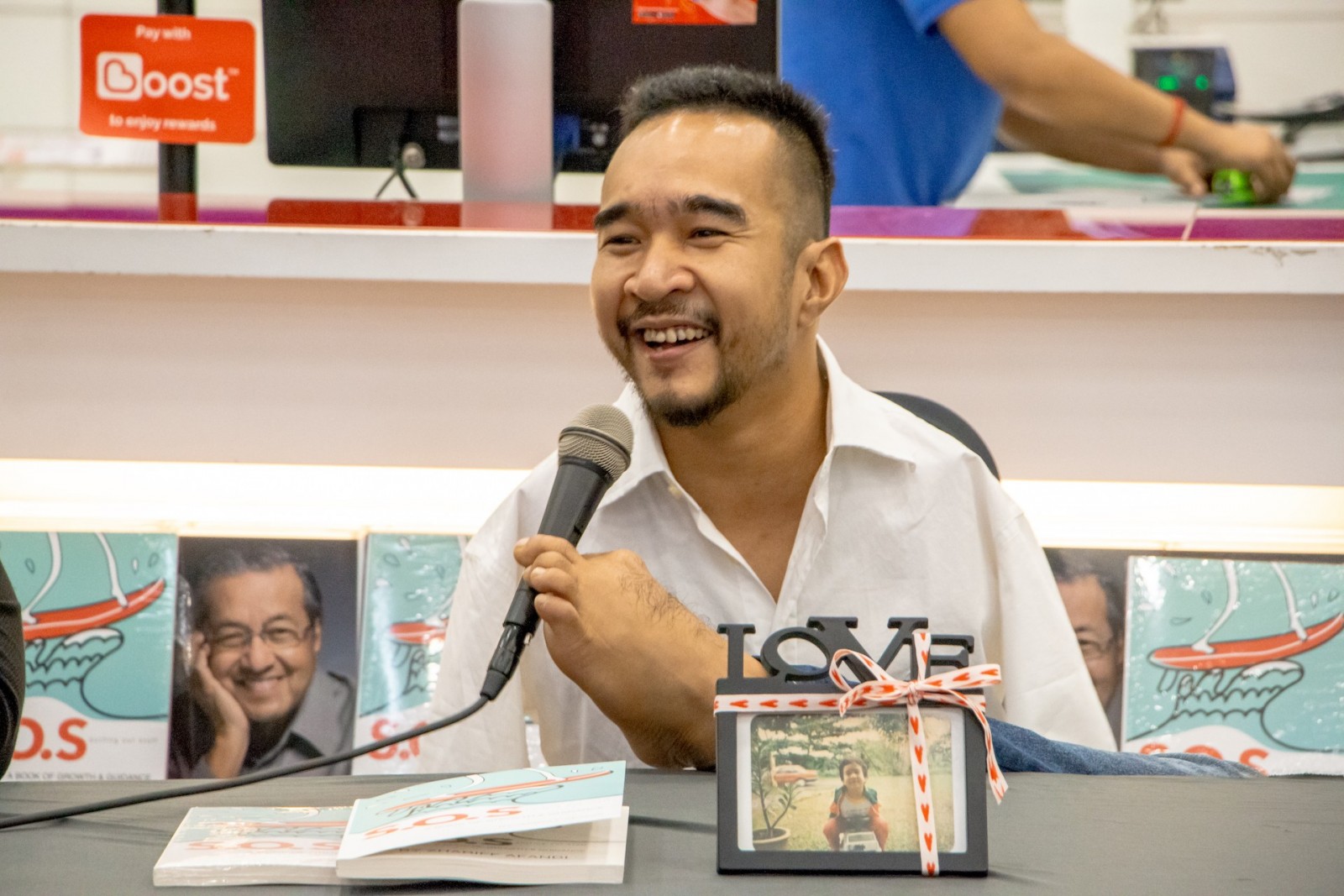 At the end of the day, Zhariff hopes the book will inspire others to start believing in themselves. The book was intended to gravitate people to love and seek more from the emptiness we face. The book includes chapters such as “Identifying and Overcoming False and Negative Beliefs” and “Being Your Authentic Self”.

You can get the latest copy of S.O.S Surfing Out Stuff: A Book Of Growth & Guidance at your nearest MPH store. The book is currently being sold for RM39.90! If you want to know more about Zhariff, you can check out his Facebook page here. 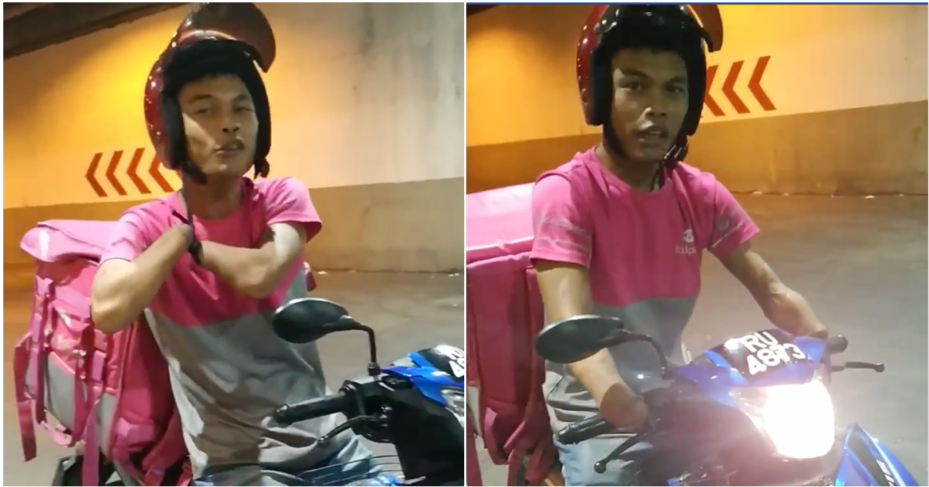