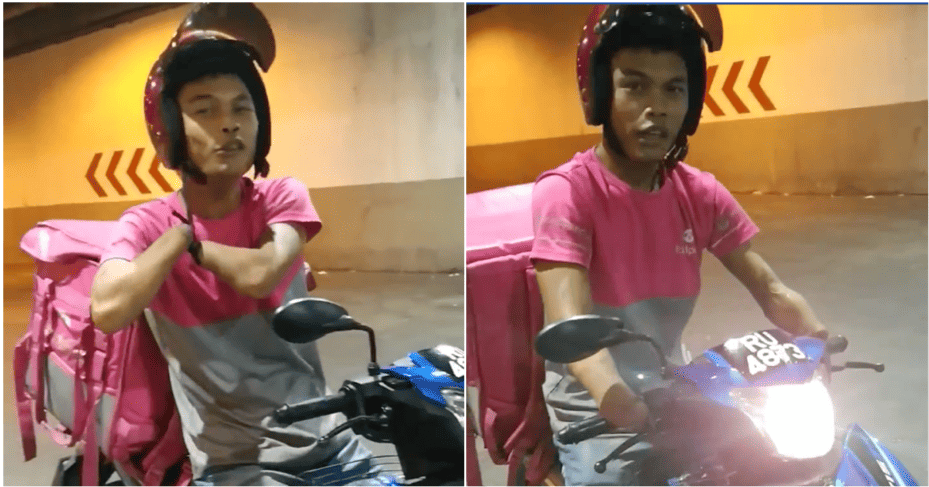 Working as a food delivery rider can be challenging as one has to brave the unforgiving traffic and weather while also dealing with rude clients and bad pay.

Recently, the team at World Of Buzz shared a story on a special needs FoodPanda Rider who was able to make an honest living by delivering food instead of begging or waiting for help despite his physical condition.

However, the viral post has sparked interest in how he can manage to ride his motorbike despite his disability.

In order to put an end to the debate, the rider, Syahrain Fadzil, posted a video on his Facebook page, explaining the steps that he goes through every time he wants to go out and deliver food.

From the video, he demonstrates how he wears the helmet and locks it in place. He can even turn the key to the ignition without any struggle at all!

After starting the motorbike by pressing on the electric starter, he then continues to pull and control the throttle of the motorbike.

Before he starts his journey, he pulls on the brake lever, shifts down to first gear with his feet and he is on his way!

We tend to make assumptions based of someone’s physical condition but Syahrain not only demonstrated how he can ride a motorbike easily but he has also shown the remarkable ability of a human being to adapt and take on challenges. Such an inspiration!