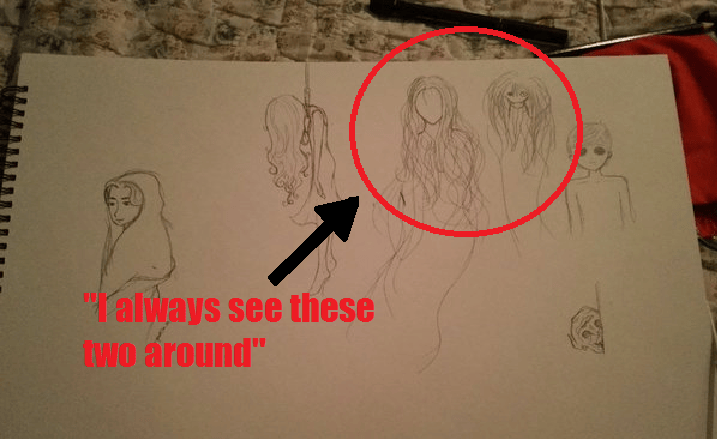 Upon the mention of ghost, everyone would have the creeps. Yet, most of us have not seen them.

We’ve heard that some people were born gifted with the sight to the parallel world, and this Malaysian girl claimed to have it. She shares on her tweets about her encounter with ghosts and spirits over the years and sometimes even illustrated them on paper.

She goes by her twitter handle, @amalinaahmd, nicknamed Mel and here’s what she drew.

She started to talk about her drawing after she uploaded it with a caption, “Antara hantu mel selalu nampak”. Which translates to “The ghosts mel always saw”. 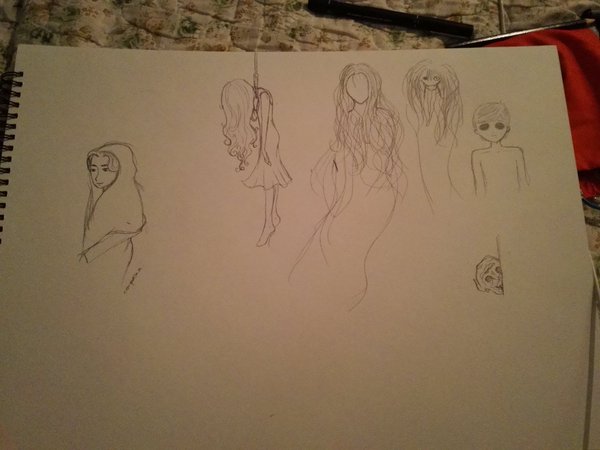 She then tells the story of each creature on the drawing, starting with the one with a bald head. She writes, “Yang mel pernah cerita intai dari bilik kosong kat asrama, gini lah rupa dia.”

Translation: “This is the one I’ve mentioned before. The one that peeks from the empty girl’s dorm room. This is how it looks like.” 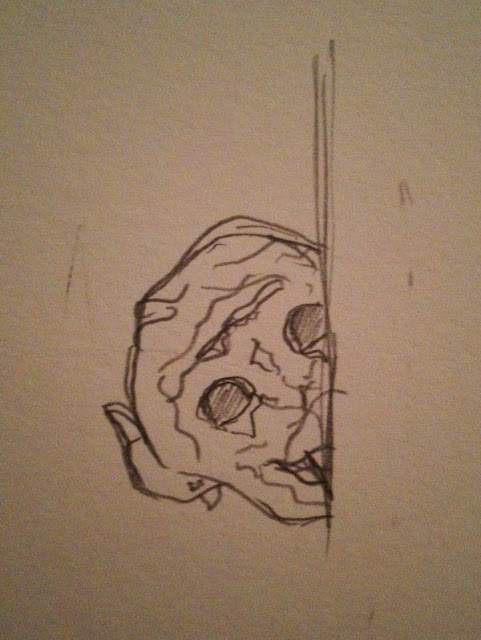 After that she continued by telling her encounter with a creature that resembled a little boy. According to her, this kid always followed her after she took her final exam.

Translation: “This ghost kid followed me back to my room after my finals. I wasn’t scared because he was a good kid.”

“Oh yeah he came to the room yesterday. This Ju-on. Not sure why he came, probably missed me.” 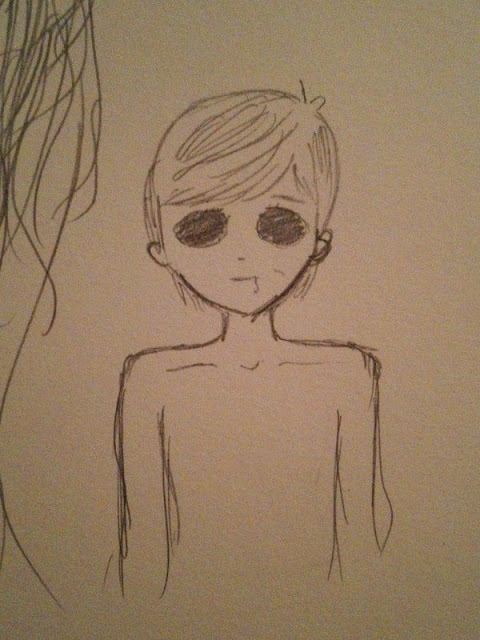 After that, she wrote about Cempaka. Twitter users who followed her asked her who Cempaka was, and she said that it was her friend. 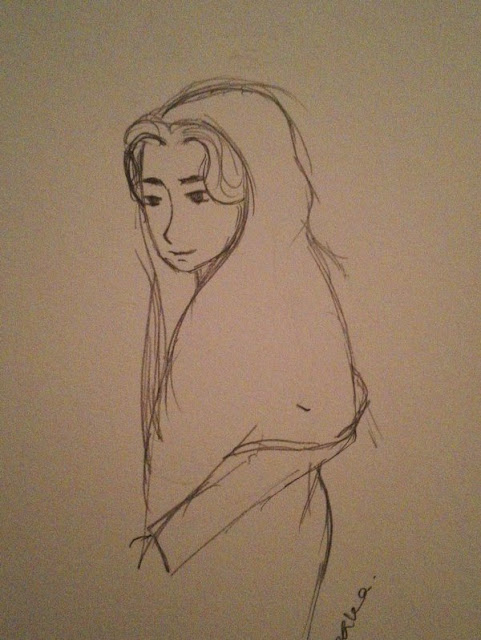 Then for her last drawing, she wrote,

Translation: “I always see these two at the empty dorm and at home, beside the streets, everywhere.

“Fell ill with fever the next day.” 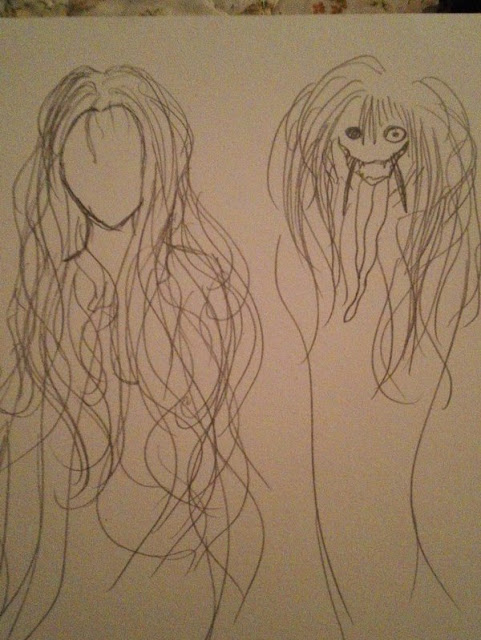 Erm thanks for sharing Mel.. I’m probably gonna sleep with the lights on for awhile.