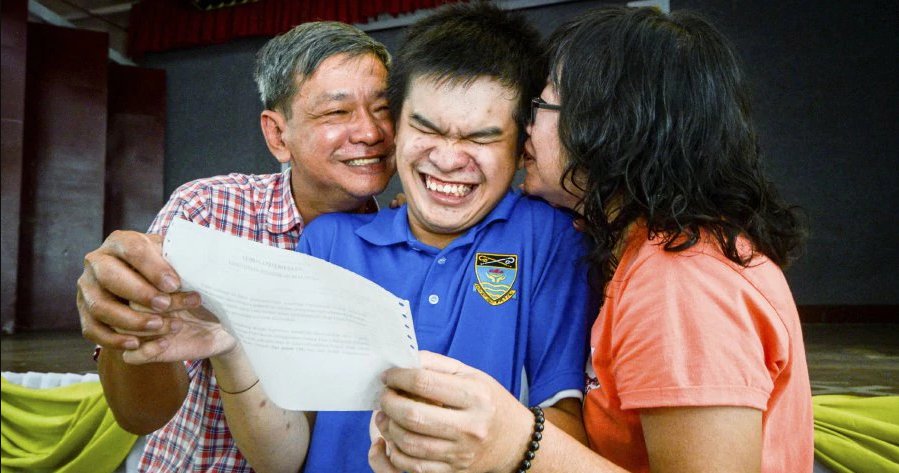 According to The Star, Kenzon Yeoh from Penang broke all odds when he emerged as the top SPM scorer among 114 candidates at SMK Georgetown despite being visually-impaired. 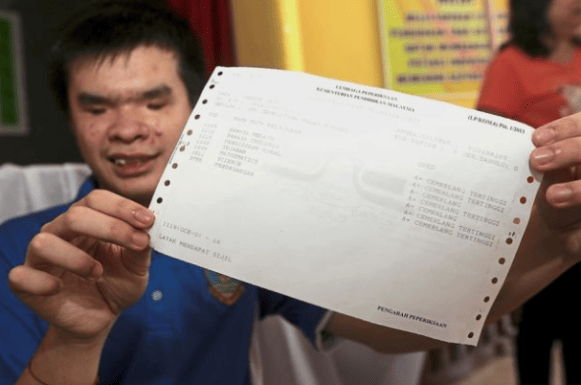 The 18-year-old had scored 5A+ in Bahasa Melayu, English, History, Science and Commerce, and 2A- in Moral Studies and Mathematics. In other words, he scored straight A’s!

“The subjects that surprised me the most were History and Science. I was confident of passing but did not expect to get A+,” he said.

Kenzon, who was born blind, plans to further his studies in Computer Science. According to him, he had chosen that field because he wants to develop a software to help the blind and deaf. What a noble idea!

“I want to become a computer programmer after I took part in the annual information technology camps six years ago,” shared Kenzon.

He also said that he actually wanted to become an inventor but decided against that ambition because he wasn’t physically able to become one.

“That’s when I decided to learn programming. It’s something that interests me,” Kenzon explained.

Well, like the saying goes, “Do what you love and you’ll never have to work a day!”

When asked about his studying methods, Kenzon shared that he would study every day accompanied by calm music in the background to maximise his concentration. A calm student learns better! Not only that, according to NST, it also makes him feel less alone as he goes through his braille reading materials.

“After coming home from school, I take a one to two hours nap before I do my homework,” Kenzon shared.

Besides that, Kenzon also said that he would have group studies with his buddies.

“My friends and I would also conduct conference calls via Skype when we study,” he explained.

Meanwhile, Kenzon parents are also very happy with his success as they did not expect this results because initially, Kenzon was only hoping to score at least 4A’s.

“Our efforts have now borne fruit. My son has got his wish to pass SPM with flying colours. We will continue to support him in his future endeavours,” said his 56-year-old father, Yeoh Chin Yeay, who is a part-time factory worker. 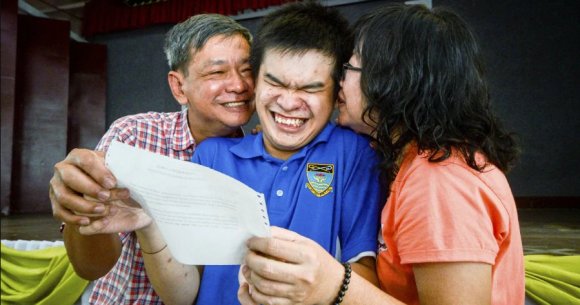 We, too, congratulate Kenzon on his outstanding SPM results and wish him all the best as he ventures into the world of Computer Science. Hopefully, he gets to develop that amazing app to help people like him!

Also read: These Visually-Impaired Students Defied All Odds and Scored 4.0 CGPA for STPM 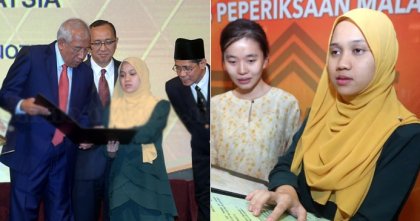