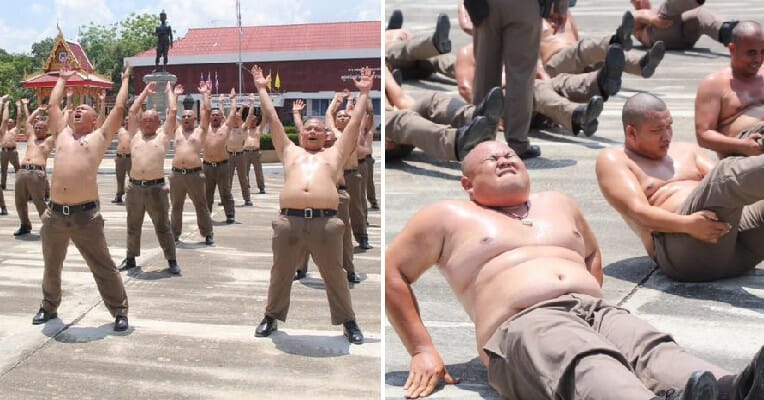 Some jobs require more physical fitness than others, like being a police officer but sometimes, you tend to see some of them being overweight. What do you think of our abang polis in Malaysia? This might leave us wondering how effective they would be if they needed to chase after criminals and it looks like the Thai police force has taken steps to make sure their officers are always fit! 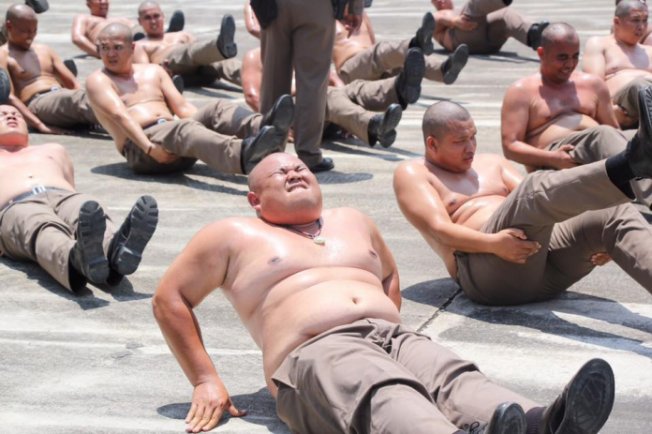 According to Khaosod, police officers who are deemed to be overweight will be sent periodically to the Central Police Training Center in the central city of Pak Chong so that they can get fit again. The new two-week programme which involves intense diet and exercise was declared a success and they will be moving forward by getting more fat policemen in the programme.

“There are so many problems if you’re a fat cop. You work slow and move slow as you go tumbling about. That’s unacceptable if you’re an officer tasked with arresting criminals, since you have to be deft and go quickly.” 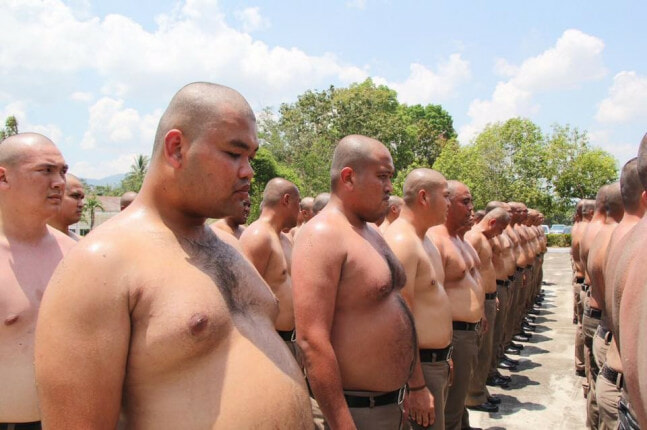 The recent programme, dubbed as “Belly Destruction” had about 200 participants that ended earlier in March. Sornpetch said that many of the policemen managed to lose tons of weight, with some of them who came in the programme at 80kg getting down to 60kg while others who weighed 200kg managed to lose as much as 60kg. Wow, so effective!

To continue with this programme, police stations around Thailand will nominate two or three of their most overweight officers to participate in the “fat camp”. Many of these unfit policemen are desk-bound and usually assigned to doing the paperwork. “Mostly they’re in charge of filing records. They also don’t exercise, or eat too richly and too much,” he said, laughing. 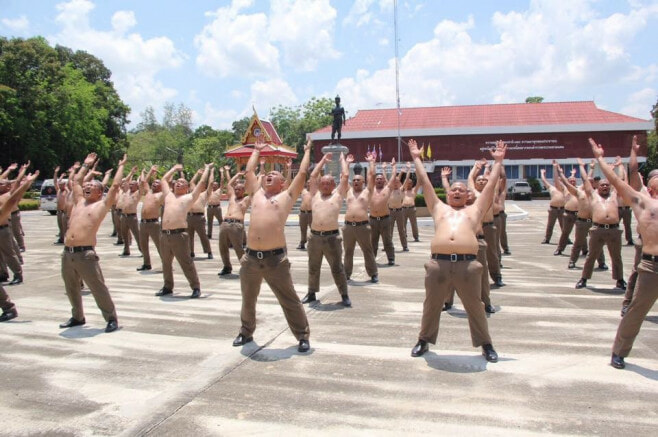 To ensure that the weight loss programme is effective, Sornpetch said that the officers are required to go through a vigorous workout routine which includes biking and also maintain a healthy, protein-rich diet. They keep track of their weight by recording it on an ID card to see how much they weighed before and after the programme.

Netizens were alerted about the programme which started about a month ago, when a Facebook page known as Love Police shared photos of the chubby officers working out. The photos went viral as netizens were amused by the sight and many of them said it was a good initiative.

Meanwhile, fat policemen can look forward to training with Sornpetch as he’s eager to receive the next batch of overweight cops already. “They call me Senior Sgt. Maj. Petch, and I’ll train them myself!” he said.

Perhaps we should have a similar programme in Malaysia as well! What do you think? 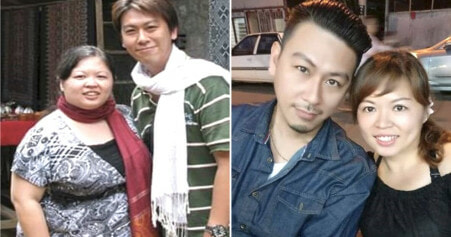