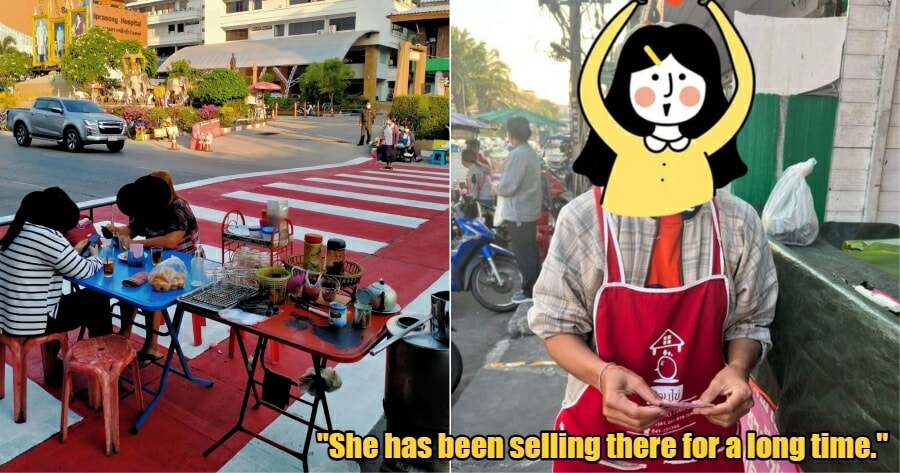 Asia is known for its wide range of delectable street food. And by street food, we mean food and drinks sold by the side of the road.

But Thailand is now taking street food to the next level, by stepping off the curb.

The วารินชำราบบ้านเฮา Facebook page shared an image of a street food stall, literally situated on a zebra crossing. 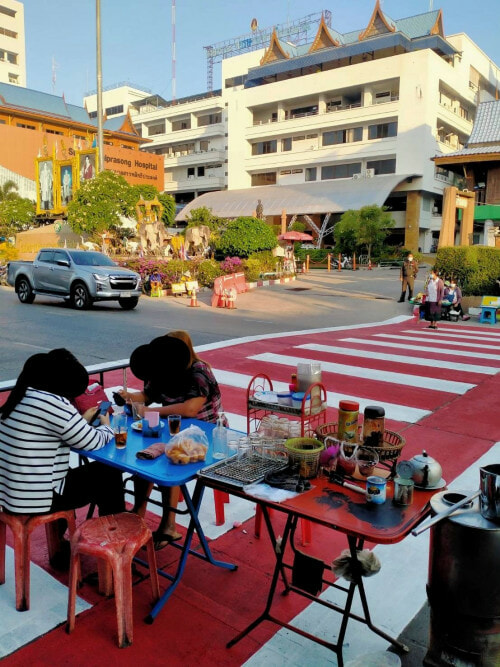 The stall is located right across from the Sunpasitthiprasong Hospital in Ubon Ratchathani, Thailand.

In the picture, 2 customers could even be seen sitting an eating at the stall.

It was later revealed that the stall owner, an aunty was fined by the Thai authorities for violations over her stall’s position. 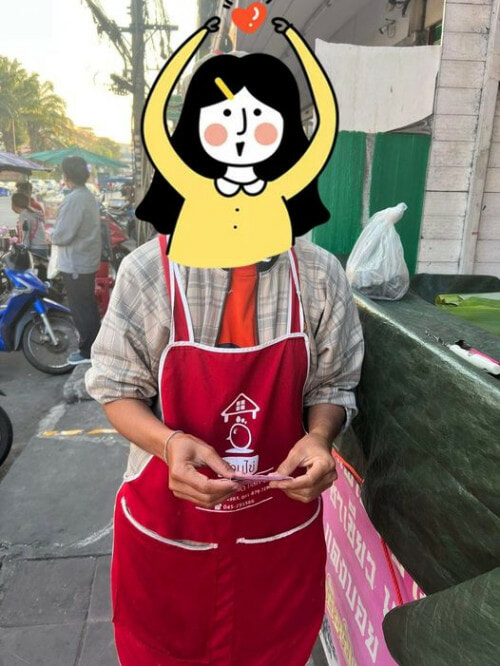 The administrator of the Facebook page felt bad, as the authorities had apparently found out about her stall from their page. So, they decided to find the aunty and pay for her fine!

They wrote, “I didn’t intend to blame her for anything (through the posting), especially since she has been selling there for a long time. I was thinking that the police would be understanding and issue a warning, so, I will pay the fine.”

They added that the aunty will reposition her stall in an effort to keep her customers safe.

While it is rather interesting to see how far street food can push boundaries, safety measures should still be in place. The position of her stall could easily cause accidents which could lead to worse circumstances.

We hope that the aunty thrives in a safer spot.

Would you sit down and have a meal on a zebra crossing? Share your thoughts in the comment section. 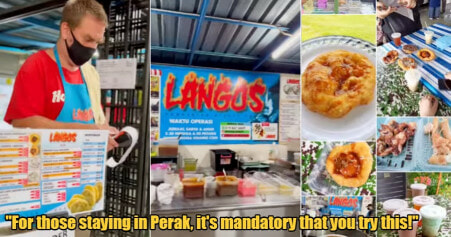