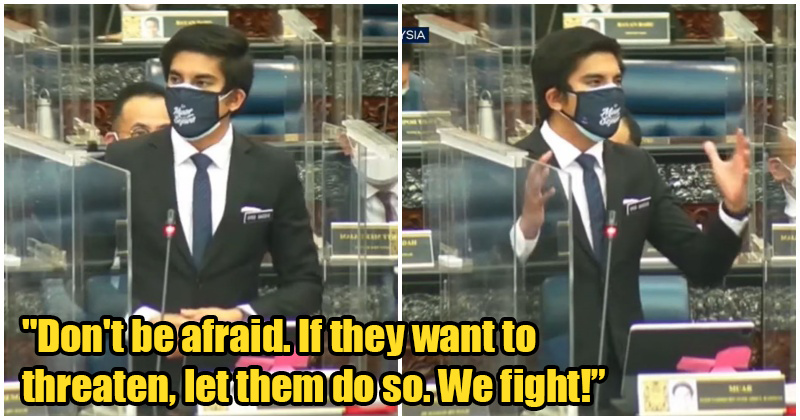 However, one speech that stood out most was Syed Saddiq’s.

Not only is he one of the youngest politicians in the parliament, but he was also able to deliver his well-researched, statistic-backed speech with vigour.

A clip of him delivering his speech has been making rounds on social media, and if you missed it, you can watch and see why Malaysians are impressed (and other politicians should be afraid).

He first told the parliament how dire the situation really is for rakyat in Malaysia and that politicians should face that reality.

“We don’t have to look at things at the national level. Many people are willing to come to Muar’s welfare centre to ask for a tablet, laptop and food basket. I’m not afraid to share the name list, because these names do exist.

“More than 1,000 people committed suicide in the span of a year.

Syed Saddiq reiterated how after 7 months of emergency, things got worse. So it’s clear that the declaration for the state of emergency has failed.

He subsequently states how it is not just a health issue, but Malaysia’s economy is very much affected as well.

“Today, more than 1 million people have gone into unemployment. It’s been estimated that more than 500,000 more will share the same fate in the next 2 to 3 months.

“Studies have shown more than 500,000 families who previously was living in middle class, have now fallen into the B40 class. The rate of poverty of this country has risen by two fold.

“The average salary this year has decreased by 17%, yet more people are suffering, and still losing their jobs. On top of that, the 50 richest people in Malaysia are becoming richer, an average increase by 14%.” 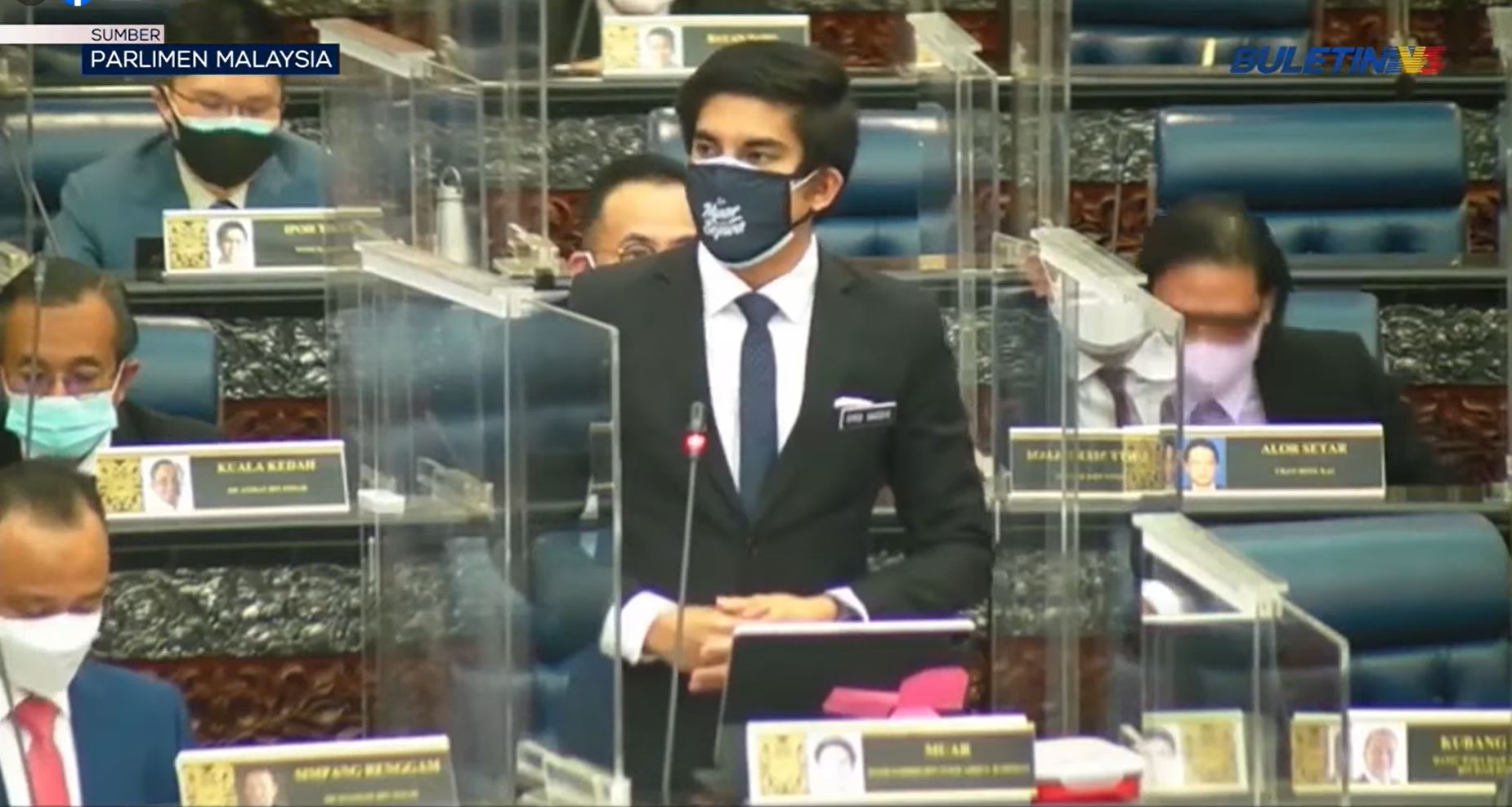 “I’m not just quoting figures and numbers, this is the reality, where the poor becomes poorer, and the rich become richer.”

He questions the politicians asking, why is there a need to be scared?

“We should help the doctors who need the allocation of funds. The government should not be afraid of the tauke-tauke of huge companies. We should impose windfall tax on them so we are able to allocate the funds to our doctors who are working on contract.

“I’ve heard others speeches earlier that pointed out that other countries are also affected by Covid-19, so this is not the fault of the government alone.”

“This is not true. Because if we’re looking at the percentage of other countries, Malaysia has it far worse!

“This has obviously shown that the government is not stable, having SOPs that are messy – where there’s been pesta Durian (Durian parties) and pesta menari (dance parties).”

“But when it comes down to offering aid, a big group of people show up only just to offer a small basket.” 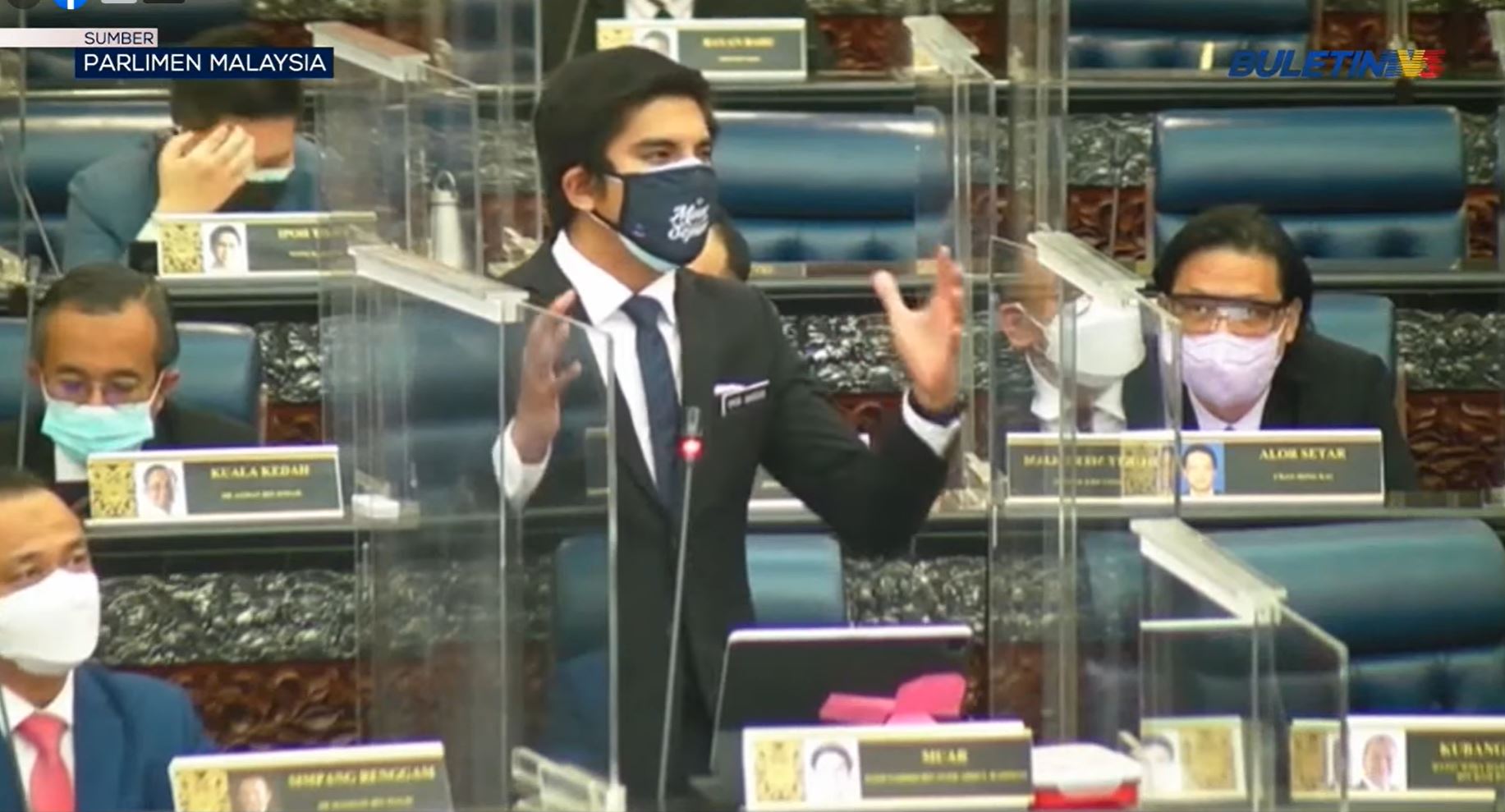 “These types of situations have shown a clear message, that we’ve failed to handle Covid-19 properly and that has caused people to suffer and some families to die.”

He went on to point out that the government has promised 150,000 laptops to students and yet, they have yet to arrive till today.

“When we raise questions asking where the laptops are, the ministries are pointing at each other saying it’s not under their jurisdiction. It’s not hard. It’s only 150,000 laptops. And yet, coordination is not able to be managed.”

Syed Saddiq then emotionally expressed how as politicians, they should be standing up for what they believe in.

“When we look at the PN government, don’t kid ourselves. This is not only formed by Bersatu, where’s UMNO? In social media, they make a lot of noise, but when it comes to the Dewan, silence. Not a sound.”

“Don’t be afraid. If they want to threaten, let them do so. We fight! On social media, UMNO’s saying “kerajaan gagal, kerajaan gagal”, yet no one says anything here in the Dewan.”

“If you want to fight, let’s really fight. The people are able to evaluate and see with their own eyes.”

“Many things have been discussed and yet there’s no solution when it came down to it. With that, I wish to suggest in this Dewan, especially last-minute announcements like how the emergency was declared, when President UMNO and UMNO issues a statement that they no longer support the Prime Minister, we should call for a revote of confidence in this Dewan Rakyat.”

Netizens who watched the clip were impressed by how Syed Saddiq was able to address the parliament.

“We need more young blood like him in politics, old incapable politicians should just retire and don’t be an obstacle for the country’s growth,” one commenter wrote.

“Well done YB. This is the type of debate we need in the parliament. Not just people yelling ‘Bohong, bohong’ with no constructive sentences,” another said.

What did you think about his speech? Let us know in the comments! 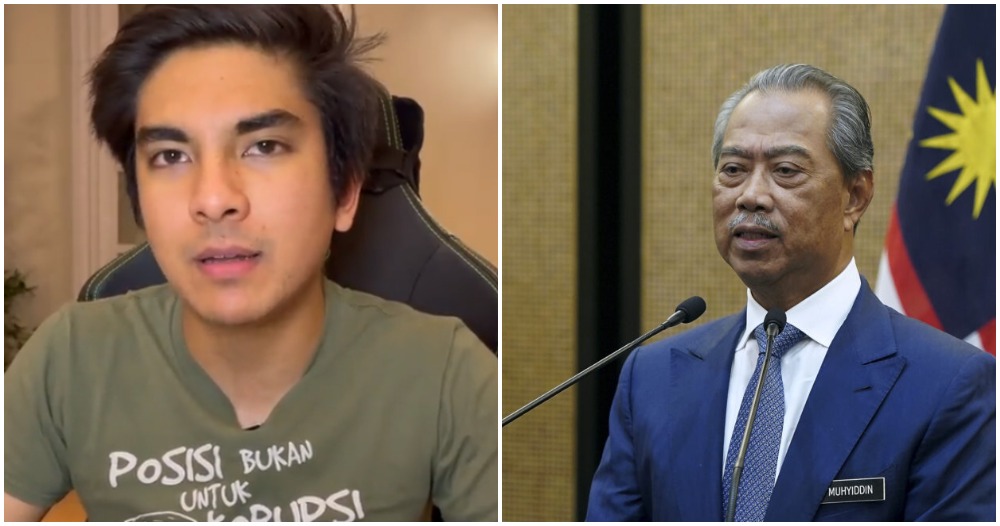