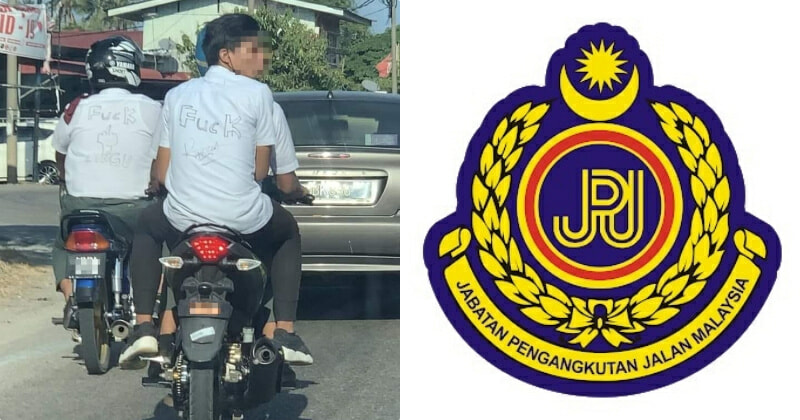 A few days ago, a picture showing three school students riding home from their last SPM examination paper made its way on social media when they etched vulgar words aimed towards their teachers as some sort of final ‘goodbye’.

To refresh your memory of the incident, here is the much talked about image that made its way on social media. 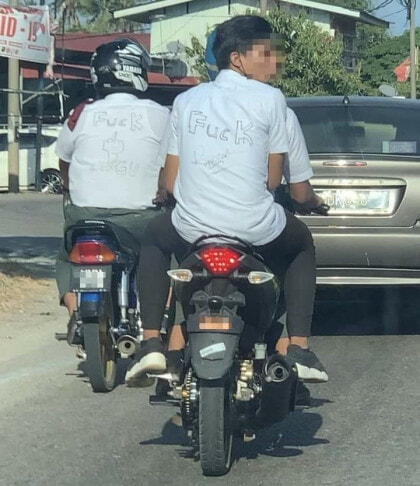 We are happy to report that the student responsible has since apologised for his action.

The student, a Form 5-er from a school in Kota Bharu said, “I apologise for my action in writing such words that besmirched my teachers at the school.”

“I would like to add that the motorbike I rode on did not belong to me, but to a friend of my brother. The owner of the motorcycle is not at fault. It was mine alone.”

It was also a case of mistaken identity, in part, when many assumed that the original owner of the bike was the one in the viral picture.

The owner, Muhammad Afiq said, “I am now 22, and it has been five years since I have left school.”

“Many were confused and thought that it was me on the motorcycle in the viral picture.”

“I was informed by my brother that a friend wanted to borrow my motorcycle, and he lent it to him.”

He was shocked to find out later that his motorcycle was involved in the viral incident involving three students and some very controversial choice of words.

Road Transport Department (JPJ) Director Hanif Yusabra Yusuf said that those involved were issued notices under Section 114 of the Road Transportation Act 1987 to the owner of both vehicles.

It is one thing to do something inappropriate and involve an unknown party at the same time. We sincerely hope you’ve learnt your lesson after this. 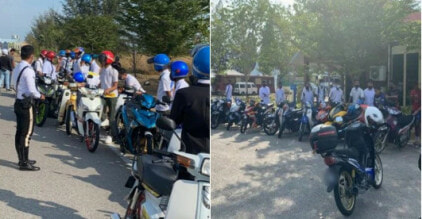