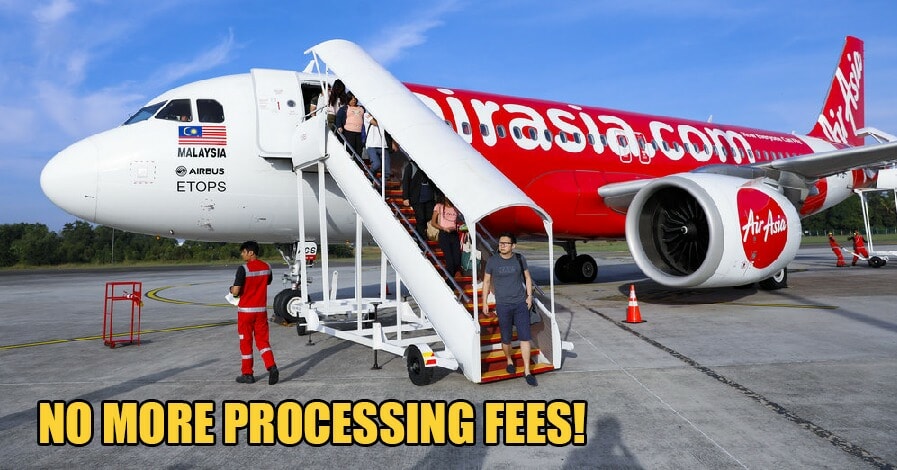 Good news for travellers! It will soon be cheaper to buy air tickets from AirAsia as processing fees will be removed starting 1st October 2019. This announcement was made on Twitter by group chief executive officer and co-founder Tan Sri Tony Fernandes on 30th July, much to the excitement of netizens.

He said that the low-cost carrier has agreed to remove the processing fees for passengers who pay either through online banking and credit card starting from October. He also included two hashtags in his post #technologyrules and #makingairfaresaffordable, signifying that he is trying to lower the cost of flying.

In another post, he confirmed this by saying, “We are constantly trying to lower fares. We have got rid of KLIA’s fee and now the processing fee in October. We will find ways to cut costs so that passengers won’t suffer.” He added that the ultimate goal was to make Malaysia a low-cost travel hub, with low-cost airports and cheap airport tax. 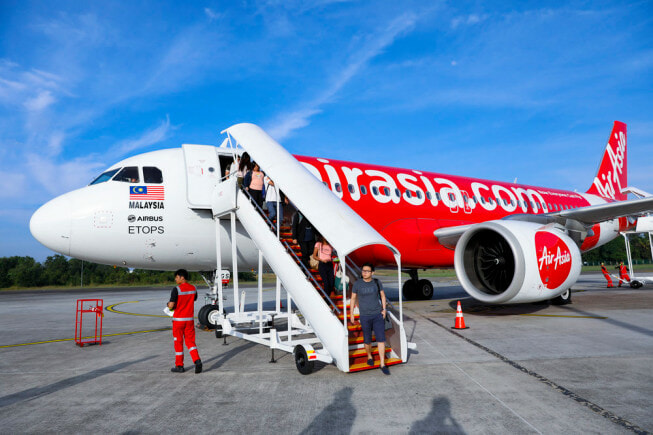 Fernandes explains that this would benefit Malaysia as well by allowing more tourists into the country and creating more job opportunities. He said that been pursuing three main goals since he joined the aviation industry and had been fighting for seven years for access to Singapore before they finally got it.

He also expresses his disappointment with Malaysia Airports Holdings Berhad and Malaysian Aviation Commission for not doing a good job of protecting both passengers and airlines with the increasing taxes and airport facilities that have gotten worse throughout the years. 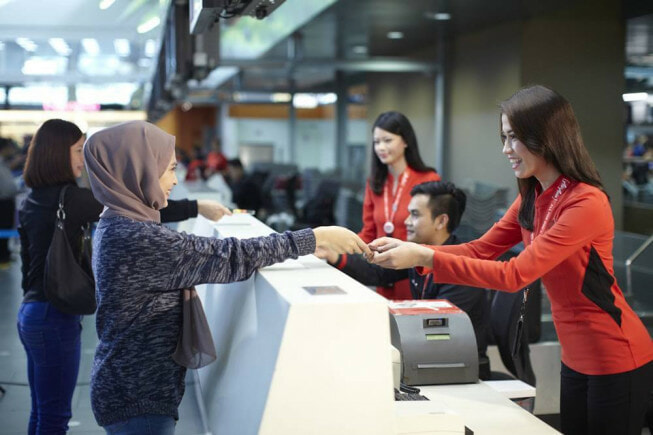 AirAsia has since put on an official announcement on the removal of the processing fees, explaining that the fees themselves were a result of “ongoing administrative, maintenance and developmental costs of AirAsia’s online systems”, and that they will be absorbing this cost moving forward.

“We feel this is especially relevant now with higher passenger service charges (PSC) at klia2. We want to cut travel costs so our guests don’t suffer, and we believe every little bit helps.

“With Visit Malaysia 2020 coming up next year, we hope this will also encourage more people to travel to and within Malaysia. We want to make that an incredible success. This will be great for the tourism industry as well as the Malaysian economy, and it’s one of the ways we want to give back to the country.”

Currently, there is an RM4 processing fee if passengers use direct debit to pay but it can go up as high as RM16 if passengers decide to use UnionPay. For now, it looks like the only method to avoid paying processing fees is to use AirAsia’s e-wallet application BigPay, but we can use other methods as well starting October.

This is really cool, now we don’t have to fork out extra money for processing fees!

Also read: AirAsia’s Face Recognition System for Flight Boarding Will Be Rolled Out This 2019! 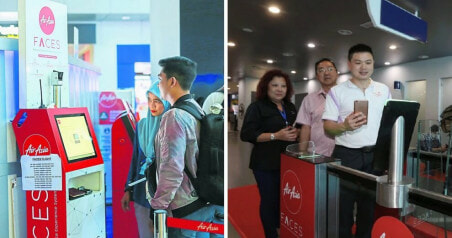