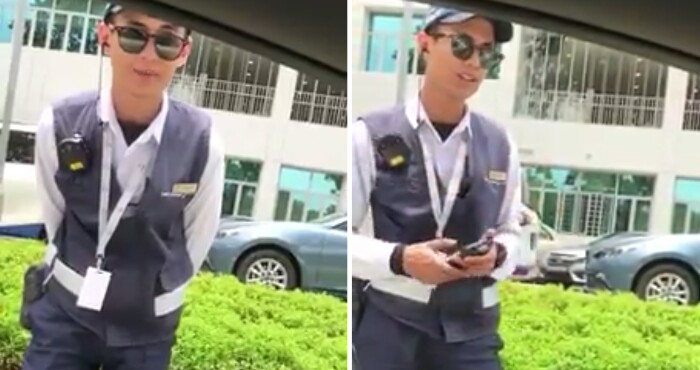 Singapore is much like Malaysia in terms of being a multiracial, multicultural and multi-religion. That would mean on Fridays, the Muslims have their special weekly prayers where they would attend at mosques.

So for them, they have a leeway of parking on the roadsides just for their Friday prayers, but certain rules still apply. Likewise for any other religions on special prayer days will have such parking laws.

Obviously, this one Singaporean lady wasn’t very aware of her own country’s traffic rules as she thought she could simply park anywhere on Friday during the prayer hours.

The lady was so outraged that she ‘smartly’ recorded the Land and Traffic Authority (LTA) officer and demanded he repeat what he said.

The lady claimed that the officer had told her only Muslims were allowed to park at the roadside. This made her so mad as she felt it was unfair to her, who is a non-Muslim.

“Just now you said only Muslim can park, is it? Friday LTA rules and regulations is it?” the lady demanded.

The officer told her if she had anything to inquire she can always ask the LTA department. But the lady didn’t want to know the truth, she just wanted the officer to repeat what he had said earlier and cause a ruckus.

“No, no, no, no, no. Just now you said… what did you tell me? You told me LTA rules is; every Friday from 12pm to 2pm, only Muslims can park on the roadside. And then we Chinese cannot park.”

The lady wanted to go to the Polyclinic but it seems like the Muslims had ‘taken up’ her parking spot. So she felt that she had the right to ‘take up’ the Muslims’ parking spot.

“Because all the Muslims park at the Polyclinic, I have no place to park. And I cannot park here. ONLY Muslim can park. Am I right to say that?”

Though the officer wanted to say something, the lady rudely interjected by repetitively asking “Correct or not?”.

“You can park on the side of the main road…”

And the lady interjected again,

“For who? Muslim only right?”

“For the car, for the ones who want to go for the prayer.”

But the lady wasn’t having any of it. She continued to whine about how it was unfair for her.

The officer calmly explained to her,

“They also have no choice. But they don’t park at the critical areas. Near fire hydrants, bus stop, etc.”

“But no choice what. I am waiting down here for a place to park!”

Watch the full drama over here:

From the video, we can tell that the lady was most likely in the wrong but she wanted to play the race and religion card just to get her own way.

Obviously, she didn’t know the meaning of tolerance. What do you guys think? 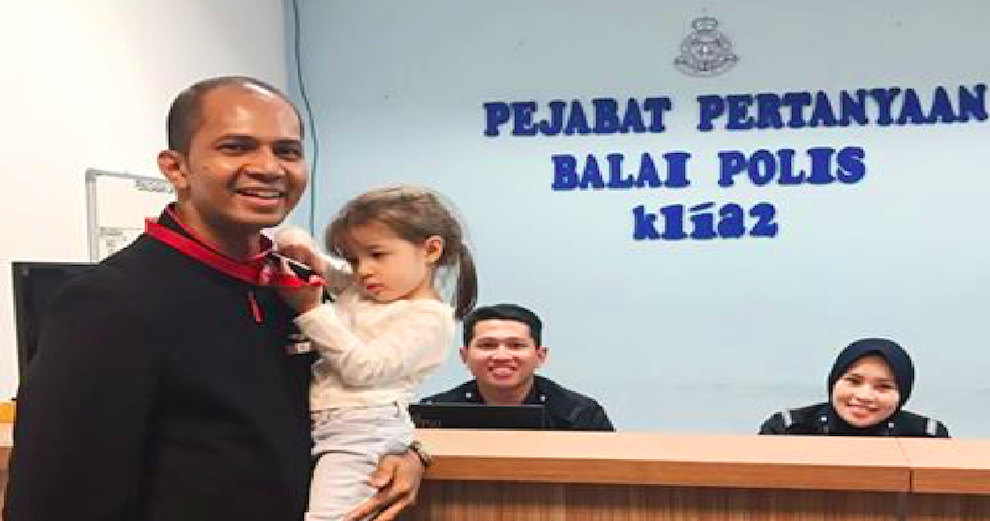