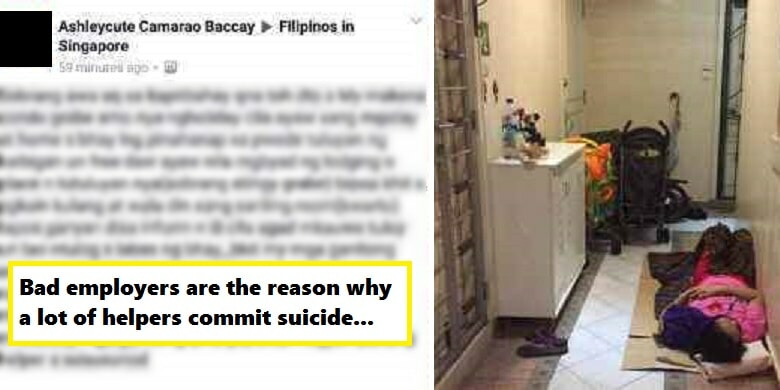 If you think foreign workers in Singapore have better benefits than those in other countries, you might want to think again.

Sure, it’s true that maids in Singapore receive mandatory days off in a month and get the freedom to go wherever they want on the island. However, the way they are treated can really scare people too. 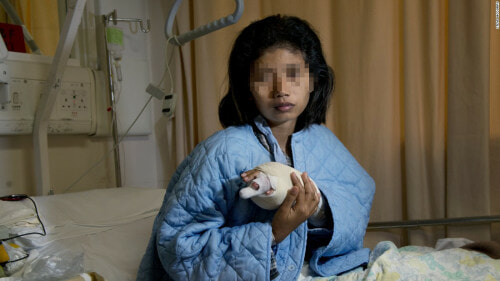 There have been many cases of abuse throughout the nation that have lead to court cases.

However, even though cases of mistreatment towards maids are so rampant, they are still happening today.

Just recently, a maid was forced to sleep on the corridor of her employer’s home because they went away on a holiday, thus locking her out.

A concerned friend of the poor maid, Ashley Camaro Baccay, took a picture of the horrible mistreatment and posted it on a Facebook page called ‘Filipinos in Singapore’. 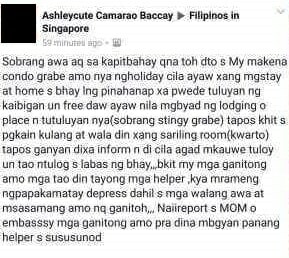 She wrote in Tagalog,

“I pity my neighbour here in Makena condominium. The employer went for holiday and doesn’t want her to live in the house.

“They asked the maid to find a place to stay for free because they don’t want to pay for her lodging and they even gave her very little food. She doesn’t even have her own room.

“They didn’t inform her to come back before they left for their trip as she was out on her day off. So she was left to sleep outside the house!” 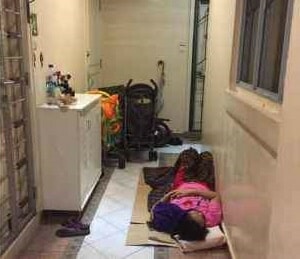 Ashley highlighted that it is because of these abuses that often cause many foreign workers to feel deeply upset.

“Heartless and bad employers are the reason why depression drives a lot of helpers to commit suicide.”

True enough, just recently, a maid from Myanmar jumped to her death after allegedly being treated terribly by her employer.

We highly disapprove of such abuse and hope that the foreign workers in Singapore are treated better! 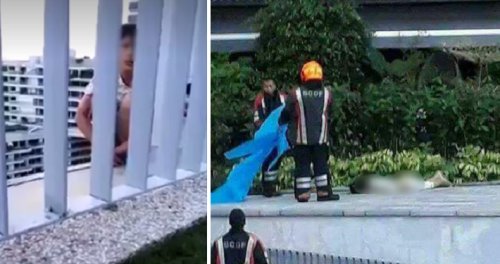