The internet has become so powerful that it is now able to destroy a person’s reputation with a simple click.

One particular victim of this abused power was Shelyn who had her pictures stolen and then re-posted under a fake Facebook account called ‘Suat Ling Lim’ which is actually Shelyn’s full name.

But the worst part? She was framed by the imposter with a caption that’s inciting racism and disharmony. 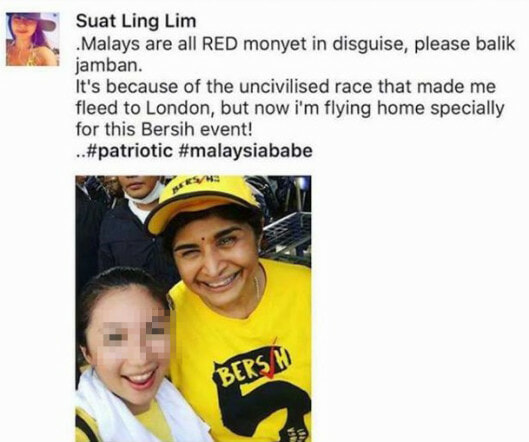 That’s right, this post is fake! Note this edited image is missing the Facebook time stamp under her name.

After this damaging post went viral, Shelyn received a WHOLE LOT of hate. However, unable to stand by and watch her identity be stolen and used in such a negative manor, Shelyn posted the truth.

“Dear friends and family, here is a post to share with you on an ordeal that happened to me in the last 24 hours, highlighting the dangers of the Internet today and cybercrime as a result.”

Below is a quick summary of what happened: 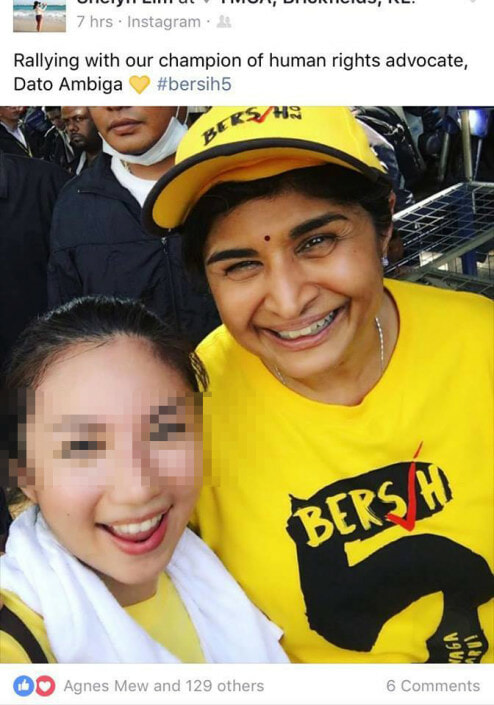 “A quick search with my name on Facebook gave me a shock; there were over 60,000 results that contains my name. You could say, I was ‘Trending’.”

The fake post went so viral and several Facebook pages and news websites even wrote about her, continuously slamming Shelyn for being racist.

Worse still, some netizens did not believe that her post was fake and even wrote their own posts bashing Shelyn. 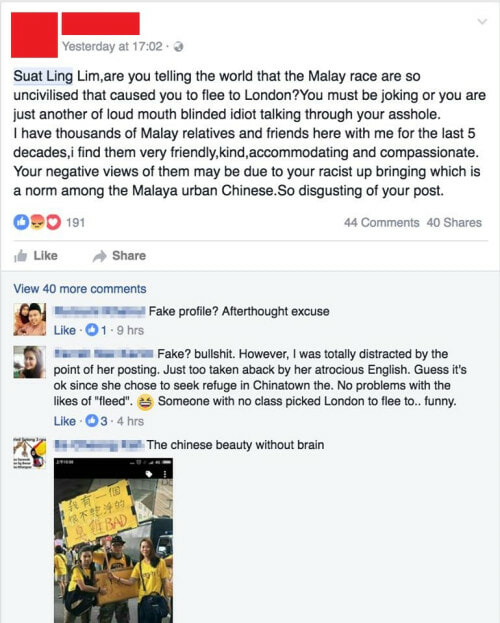 It came to the point where the poor girl had no choice but to file a police report.

“At this stage, the police are carrying out investigations regarding the legitimacy and origins of the fake post, including the portals involved in sharing it.”

“I urge for you all to be aware of the vulnerability when sharing personal photos and views, and also be responsible users of the Internet by not simply sharing and spreading unverified stories.” 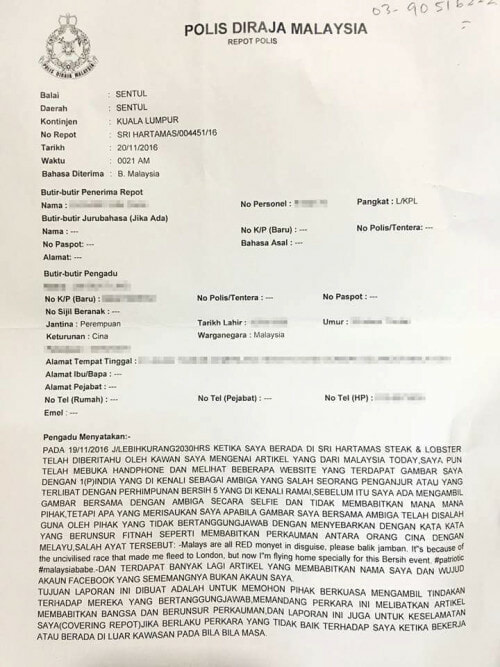 This goes to show how important it is to secure our privacy on social media. A reminder to anyone that if your profile is public, please set it to private to avoid people with malicious intent from stealing it. You never know when your pictures or identity will be stolen and misused like this.
ShareTweet