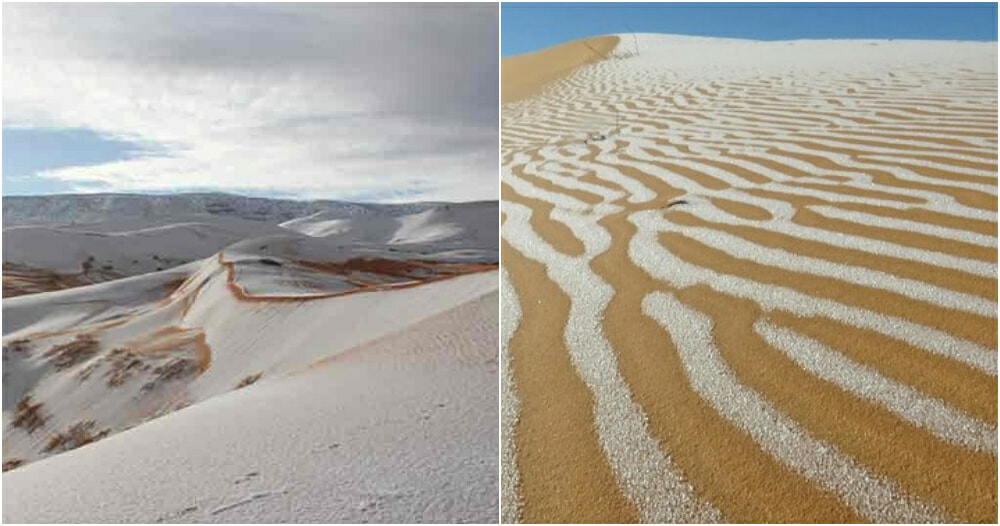 The first image that pops into our minds when the word desert is mentioned would be a land filled with nothing but sand and of course, the blazing hot with no signs of water or life to be found.

According to Esquire Middle East, a rare snowfall has hit the Sahara Desert and some parts of Saudi Arabia too. Beautiful blankets of snow left the desert in a dreamlike state! 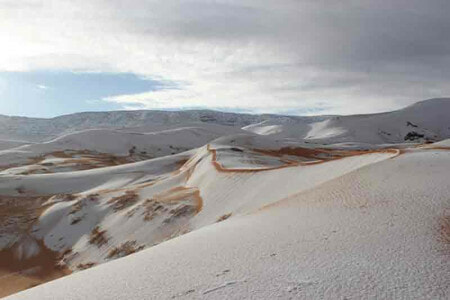 The snowfall came as temperatures have dropped across the region last night. A minus 2 degrees centigrade!

While temperatures in the Sahara can usually climb upwards to 50 degrees, these days there has been unusual moderate temperatures for the month of January. 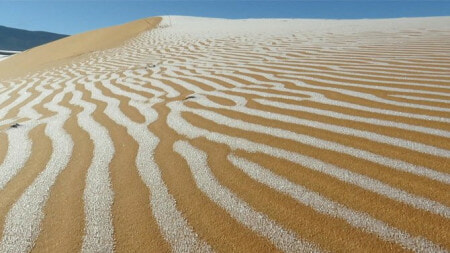 No doubt this unusual weather has garnered the attention of many people. Some even left their homes to go experience the snow and to take Instagram worthy photos. 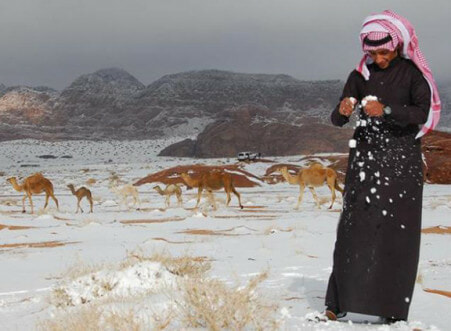 As mentioned by Esquire Middle East, snow was spotted across the country, however, the largest buildup was across the Aseer region, which is south of Mecca along the coast of the Red Sea. 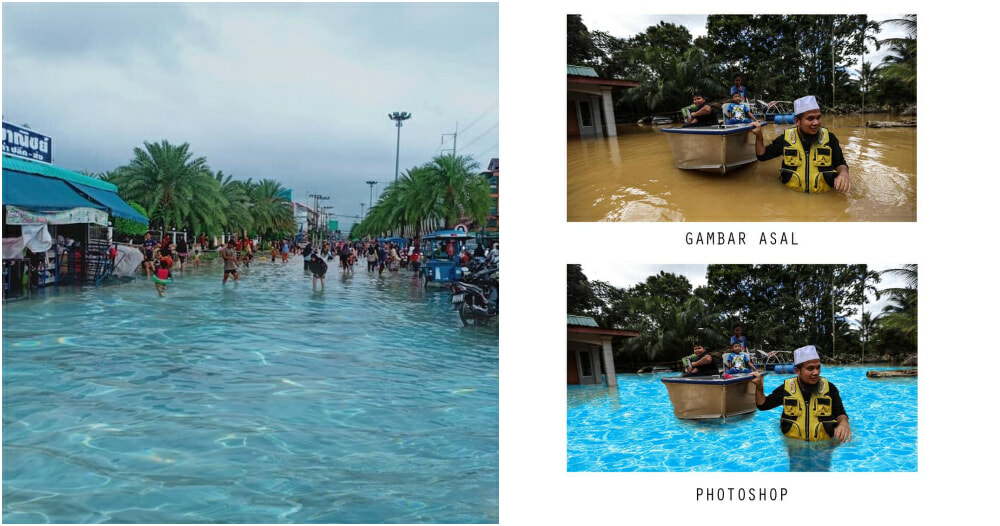