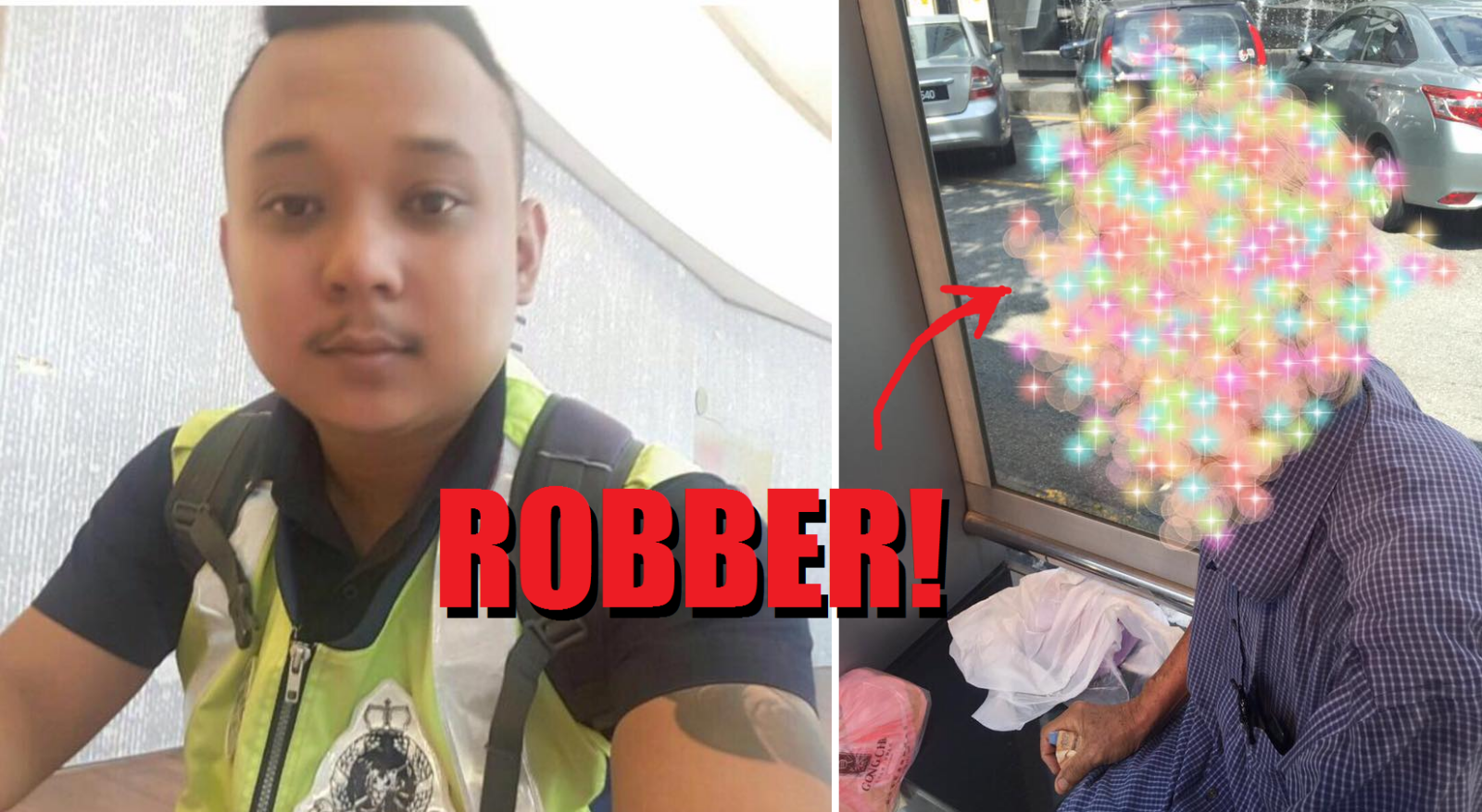 Jezabelle Loraine Lansing was shocked when she was robbed in Pavilion’s food court on 14th April 2016.

She wrote in her Facebook post to share with the world about her experience. Little did she know her story was soon widely shared, garnering over 5,500 shares.

It took the thief a split second to steal her handbag which included all her belongings, money, phone and house keys, leaving her and her baby stranded. However, Lansing kept a bit of positivity in her, gleefully expressing that luckily she only stayed very close by in Pavilion Residence and her husband was at home.

She was at a lost. “I couldn’t call anyone for help because everything was gone! Me and my sleeping baby… standing there feeling hopeless.” she wrote. But she asked one of the cleaners to direct her to the security office.

She was impressed how professional the security officers were. Although they couldn’t disclose the CCTV footage to her before she has written a police report, they attended to her and made sure she was emotionally okay. 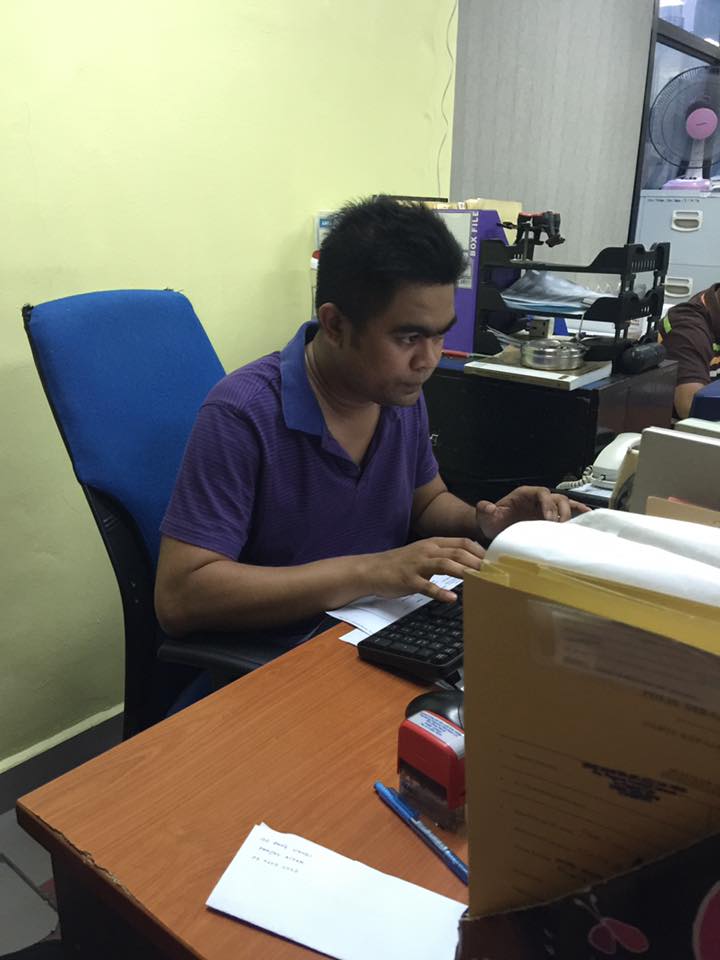 Jezabelle was a little skeptical if she is wasting her time and if she would receive any actual help since social media often depicted police officers in bad light.

“So many things were going on in my mind. You know, social media often has clips where the police are always not being cooperative with the Rakyat, often show that the police is rude, sleep (during office hours), shortcuts, police are Monsters,”

However, how the police officers handled the situation proved social media only highlighted the bad and it quickly changed her perception of them.

Here’s the rest of her story:

“Entering their office, Ms Ainani looked at me, a woman pushing a baby stroller feeling hopeless and pale, and asked me to take a sit while calming me down. She asked what happened? I can’t say anything as my heart started pumping all over again.. Things I can remember was asking ‘can I borrow a phone?’ Yeah.. she gave me her personal phone to call my husband. Couldn’t control my voice til it woke my baby up!

“My husband, without thinking and wasting time, got dressed and got out the house (without his wallet, without locking the house) drove his car and started tracking 2 of my iPhones. The signal shows that the crook just left Pavilion 10 minutes ago. The app was called ‘Find My IPhone’. As a housewife, I’m amazed the tracking was way too accurate, with the satellite capturing the exact spot!

“My baby’s eyes were wide open, wishing me to play with her. Adoiii how to complete my police report? I need to see the cctv!! God sent one more police named Ms Amyza.. she took care and play with my baby. Before I could complete my report, Abang Police.. (Seriously didn’t get his name so I address him as Police1) came to office and showed me the footage through his cellphone. By right, I should have hand a police report to security office in order for me to get a copy of cctv. He however acted super fast and showed me the video.

“I received a call from my husband (through Ms Ainani’s cellphone) telling me the signal he got was only a 100-200 meter radius from his car. He knew the crook is around nearby, but he couldn’t get a figure right. Police1 jumped to my husband’s rescue and sent him the cctv clip. That crook was seated nicely waiting for a bus near RHB jln Tun Razak.

“My husband nabbed him with my handbag next to him inside a plastic. That crook was extremely shocked and claimed the handbag was not his, he don’t know who put the bag there . My husband grabbed the handbag and pushed the crook’s face facing the glass wall! Less than 10 minutes, Police1 and his partner Officer Daniel.. Waaaa so fast, I thought I saw Police1 and Officer Daniel standing next to me like 5minutes ago?? 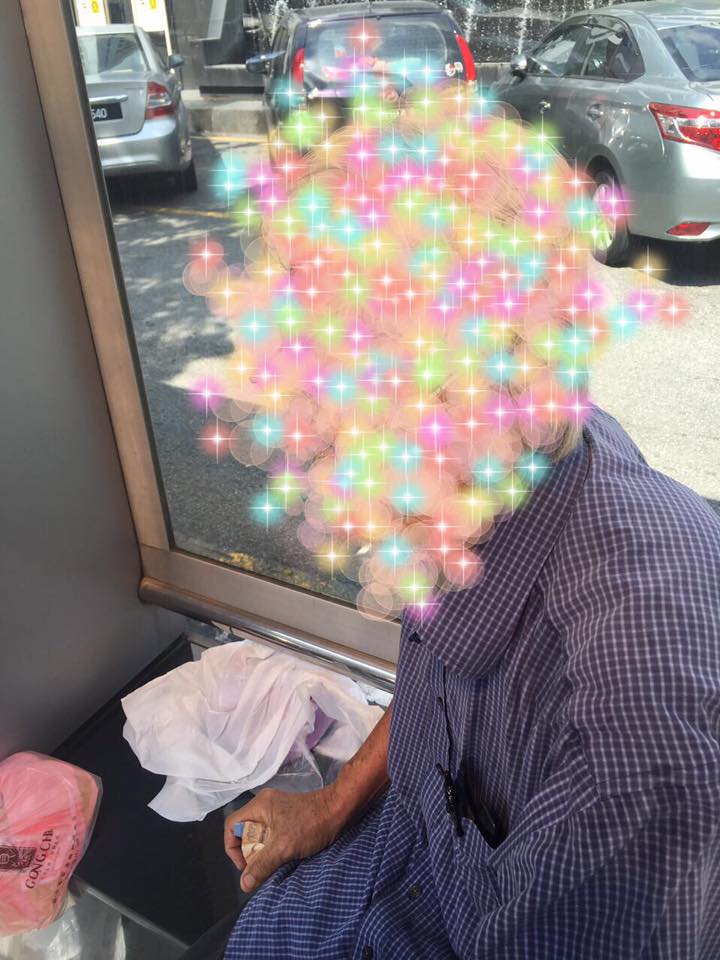 “While we were still drafting a report, I saw my husband’s car arrived with Officer Daniel and the crook in it! I ran to my husband’s arm and cried. Then came Police1 and officer Daniel, behind them.. that crook!! They took him in the room so fast I didn’t have a chance to kick him with my stiletto!

“And the bad news.. my husband told me he got everything back but, my purse was emptied! That crook took my money and threw cards/doc somewhere but he didn’t know how to address the place!! Haiyerrrr !! I thought that’s the end.. Nope.

“We were transferred to Police Station Dang Wangi branch. Police MPV arrived with blue siren light. Heading to my husband’s car, he received a call from someone who’s working at a construction site (Mohd Firdaus), telling my husband he found several doc and cards next to a fence where he worked.

“Arrived at Dang Wangi branch, again.. ‘Monsters’ are playing in my head .. first Lady Officer who attended me, omg.. she’s such a dolly! Also taking care of my grumpy baby while I’m struggling to draft a report. 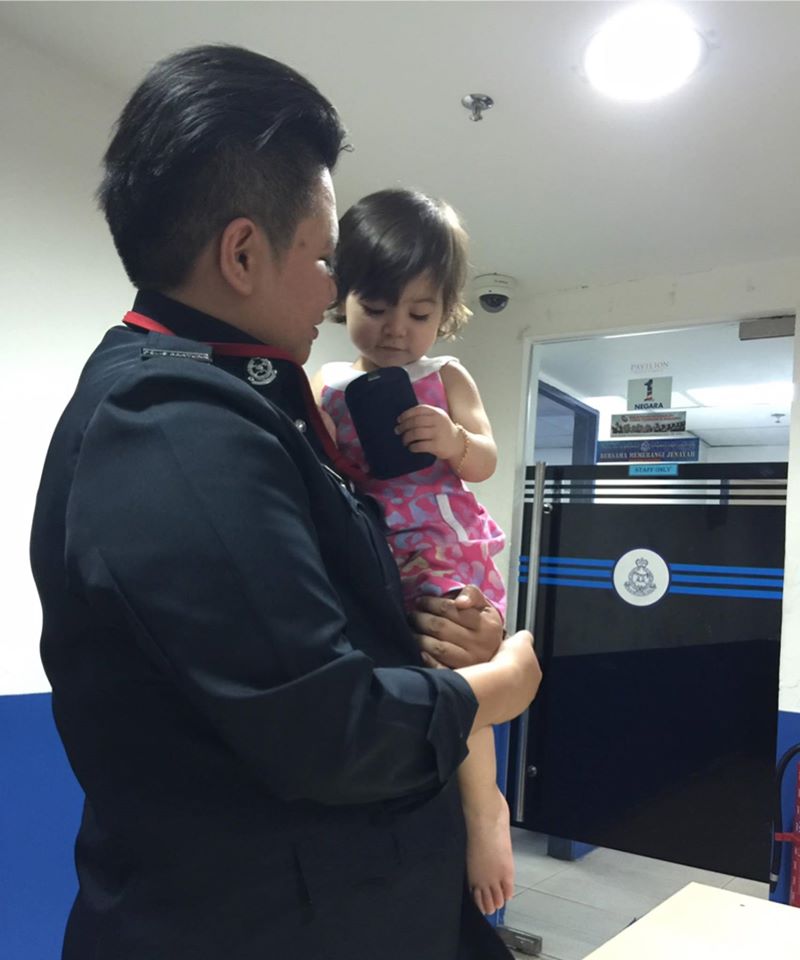 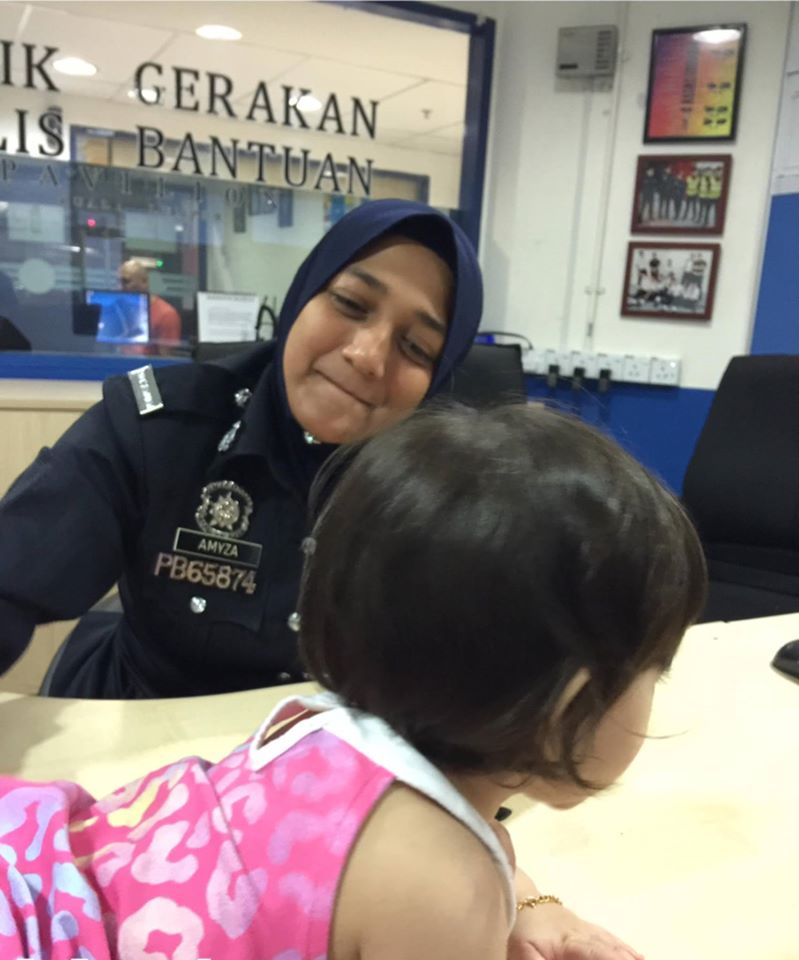 “Upon completing my report, Mohd Firdaus called my husband how and where to meet up. Few minutes later, came a young, tall and bright looking aura walking into Dang Wangi branch and shook my husband’s hand. He handed over all cards/doc he found near the construction site. My husband offer Mohd Firdaus an ‘Ang Pau’ which he firmly rejected.. God Bless this Man.

“We were asked to go level 10 to meet Sarjan Aiman. A fierce looking guy, eyebrows so thick and attached . But heyyy.. this guy is rich with sense of humor! All went well. I got my handbag, purse, money, iPhones, doc/cards back. The whole process went so well and ended at 8pm. Long day, but it just didn’t feel like ‘a long day’..

“I need your help, everyone’s help.. please share my story until it reaches to all these police’s Facebook Wall!! Thank you PDRM and thank you Malaysians.

p/s: my Husband is my Hero”

Jezabelle whole heartedly thanked the officers and even considered them as friends. She also said that the point of her post was so that Malaysians can see the other side of the authorities in Malaysia, not only hearing the bad stories.

Andddd of course, to always look after your belongings!

“The very person that I really wanna thank for, Police1 and officer Daniel. Police1 supposed to go home early as he’s not feeling well, instead.. being there with me until we finished. Salute ..” she writes.

Malaysians who have read the story were touched and opened their minds to the other side of police officers that media never seem to highlight. Many said they would changed their perspective about Malaysian authorities and to give these professionals more thought the next time they meet them.

Also read: Malaysian Female Police Officer Got Netizens Suddenly ‘Surrendering’ Themselves To Her 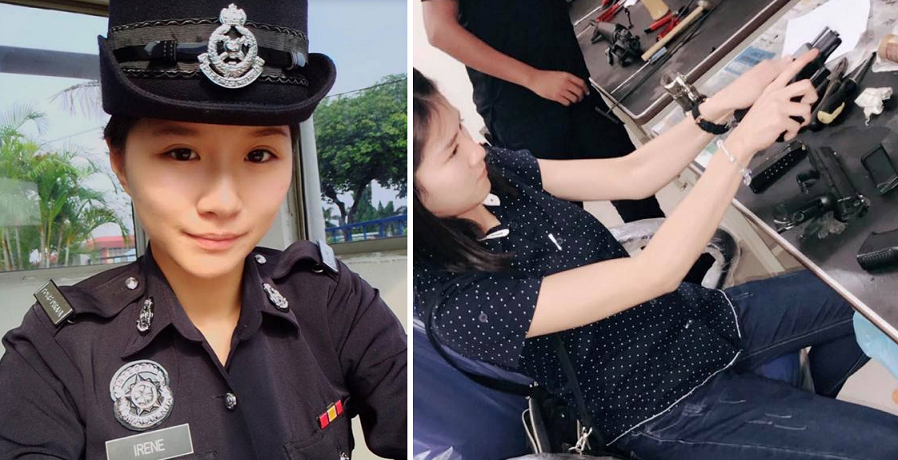