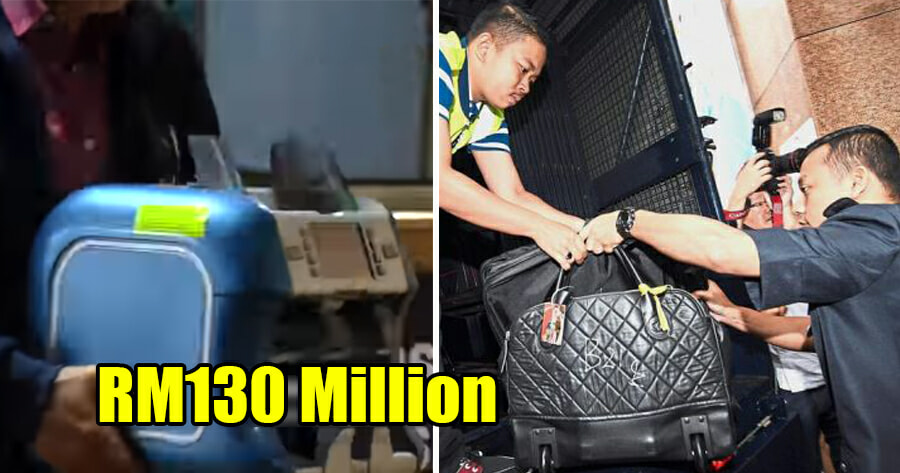 At last, the moment we’ve all been waiting for has come. We finally know the total amount of money that was seized from former prime minister Najib Razak’s three luxury condominiums at Pavilion Residences that were found packed in 72 luggage bags among 284 boxes filled with designer handbags. *cue drumroll*

RM130 million is the grand total!

RM130 million in cold, hard cash too by the way! *speechless*

According to The Star, officers from the Bukit Aman Commercial Crime Investigation Department (CCID) concluded the tedious task of counting the various currencies in cash on Wednesday (May 23), which amounted up to RM130 million.

It had been such a painstaking task because some of the cash had to be converted to Malaysian Ringgit, and the serial number of every banknote had to be recorded as well. 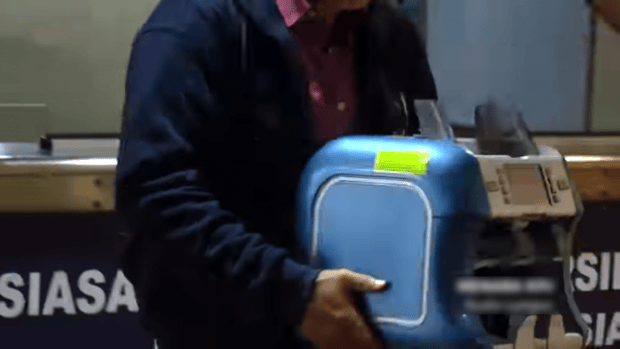 “The process of counting the cash started on Monday (May 21) as investigators pulled long hours just to ensure the process was done thoroughly.”

“Some 35 bags of cash were counted by police personnel with the assistance of Bank Negara officers,” a source said.

Pretty sure these policemen could be accountants too. Good job CCID! 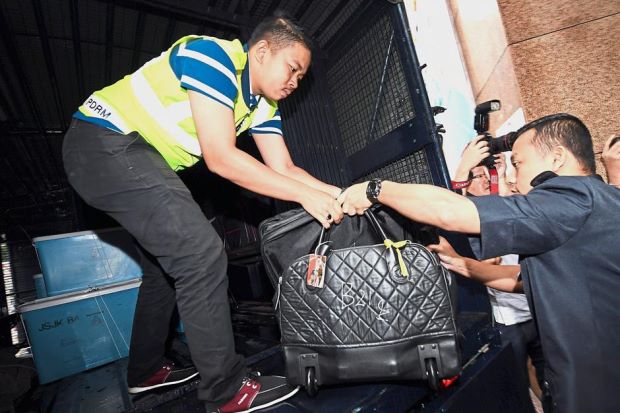 Just yesterday (May 23), the police were reported to have counted the money found in 27 bags, which amounted to RM109 million. They were placed in 15 boxes and then transferred to Bank Negara Malaysia.

However, only the cash has been accounted for so far. The police still have not counted the total value of the designer handbags, watches and jewellery, although sources have said that the jewellery could be worth approximately RM200 million. Police will soon appoint a professional valuer to determine the exact value of the jewellery and other valuables.

Can’t imagine how much all those would amount to! 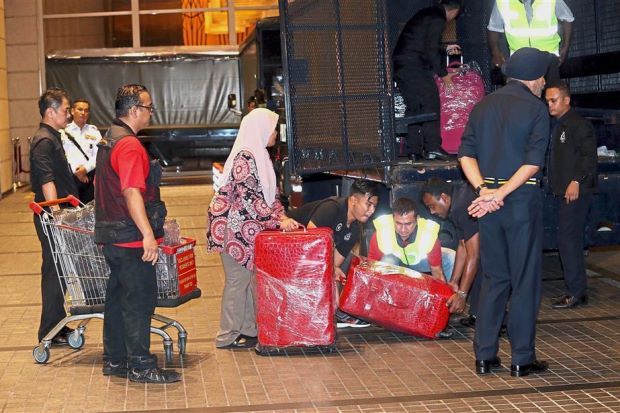 After the police had seized the items from his residences, Najib lodged a police report claiming that the cash that was found from the Pavilion Residences were donated to him by his friends and was meant for Barisan Nasional’s election campaign.

Bukit Aman CCID director Comm Datuk Seri Amar Singh declined to say anything regarding the matter as it is still under investigation, reported the Straits Times.

“I cannot comment on the amount of cash that has been counted. I will hold a proper press conference to address the progress of the investigation,” he said. 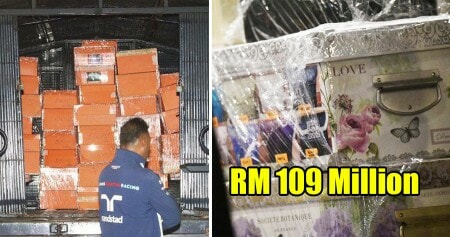