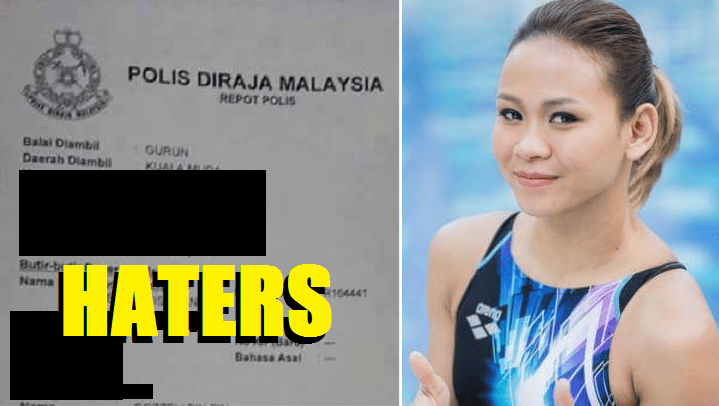 The haters are back at it again. This time, a man that apparently goes by the name Rozzeli bin Pin (as stated in the police report) filed a police report against National Diver and Malaysia’s pride Pandelela Rinong.

I just read one of the pages of the news paper that was issued by Kosmo dating 11/08/2016 which mentioned that National divers, Pandelela Rinong and Jun Hoong Yang will receive a monthly pension of RM3,000.00 for life as they both received a Silver medal during the Rio Olympic Games 2016 in Brazil. 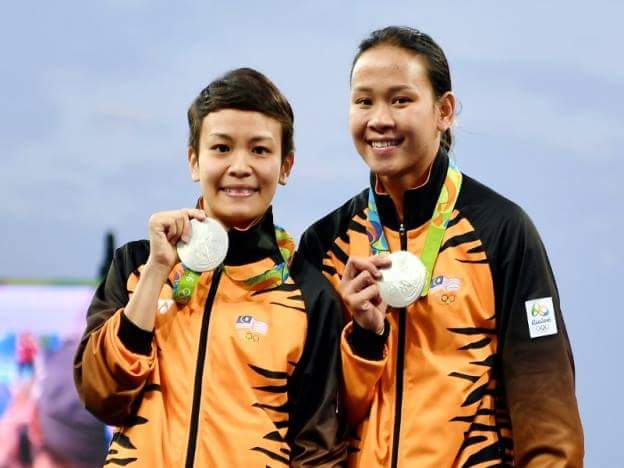 I criticized that pension award and think the two did not deserved it as there were other people who were more worthy, that fight for the country such as police and military officers that served the country who was not given a rewards like this which they deserve.

The purpose for me making this police report is so I could refer this issue to the authorities who work in the country’s system.” 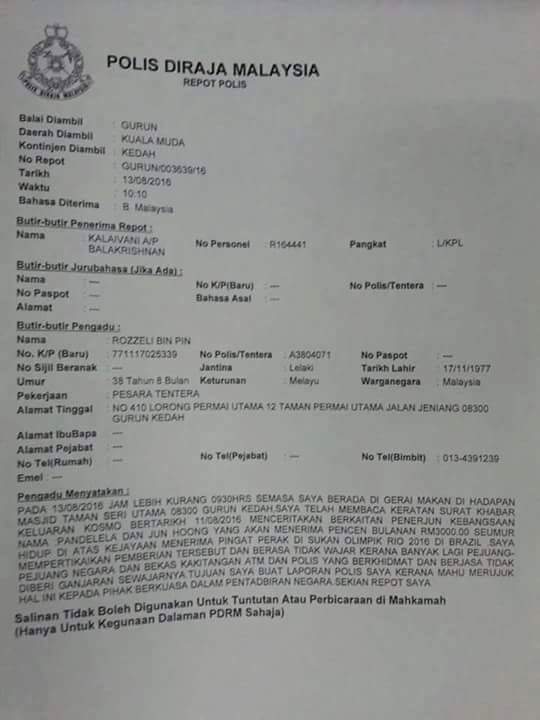 The image was posted by FB page, I Love Sarawak and netizens who stumble upon the post were outraged at such a useless, time wasting and maybe even a considerably stupid act.

The top comment of the post was surprisingly an ex-military officer who gave Mr Rozzeli his own two cents on the matter, pointing our what ever Mr Rozzeli said was wrong. And it’s kinda epic I might say.

“Mr Rozzeli, I’m also a retired military officer. Judging by your age of 39 years, I’m sure you have yet to receive your pension. Seems like you were in the Angkatan Tentera Malaysia (ATM) and also a retired one.

This only means you were in the ATM for less than 21 years and you’ve already stopped being one. Are you sick or do you have a permanent disability affect during your duty hours? If you are someone with a completely healthy body and chose to stop being in the ATM yourself, maybe 13 years, 15years or 18 years.. then I hope you do more research on the police report you just lodged.

My question is why did you not complete your military service which is 21 years. Judging from your age, I don’t think you even completed those 21 years of service because the usual age a soldier receives his pension is around 40-45 years. Average lah.

I’m just saying all these so the public would understand.

If you really did serve the country for 21 years the you can complain as you had.

Don’t just argue that the police and military officers have made a lot of sacrifices for the country.

She [Pandelela] did her best she could and proved it with a Silver medal for OUR COUNTRY MALAYSIA.

Sacrifice doesn’t mean only police officers or military officers who save the country from being attacked by enemies. If this is the only explanation you think justifies for a sacrifice then you’re wrong. You’re wrong to get into the military.

Might as well you join sports to get into the Olympics so you can be just like Pandelela. Getting a pension.

I pray that daughter/son will enter the Olympics so when they are actually able to secure a gold in any of games then don’t ask them to take their pension.

I‘m so mad [over this issue]. Hahaha.”
Others wondered what was his deal to go to the extent of making a police report. “Too free nothing to do?” one questioned.
Either way, just haters being haters I suppose. Thankfully Malaysians weren’t as crazy as the man who did this report and tried to support Pandelela, our national athlete who has brought glory to the country.
In fact just last week, some people were outraged when they thought Pandelela was displaying a ‘money’ hand gesture.
Also read: Some Malaysians Were Angry Over Malaysian Olympic Diver for Displaying ‘Money’ Hand Gesture 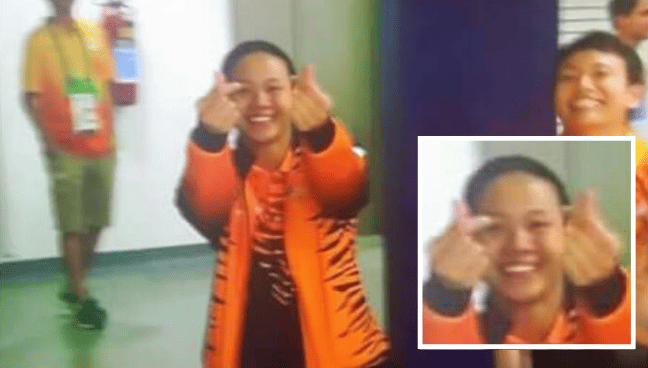