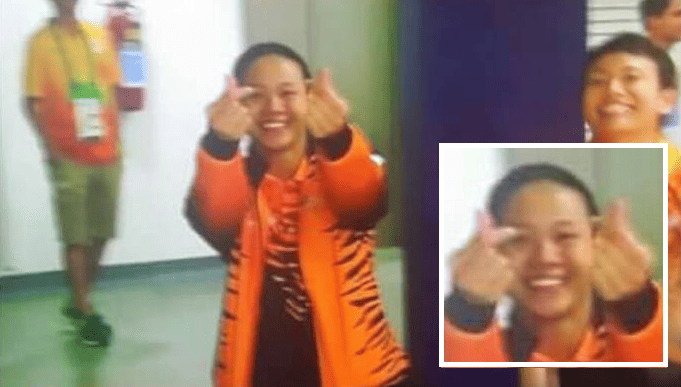 Malaysian prides, Pandelela Rinong and her partner Jun Hoong made history after successfully bagging a Silver in the 10 meter Platform Synchronized Diving in the Rio Olympic Games 2016.

As Pandelela was celebrating their win, she did a finger gesture that netizens pointed out looks like a symbol for ‘money’.

The image is then shared widely with netizens chiming in on what they thought about the image. 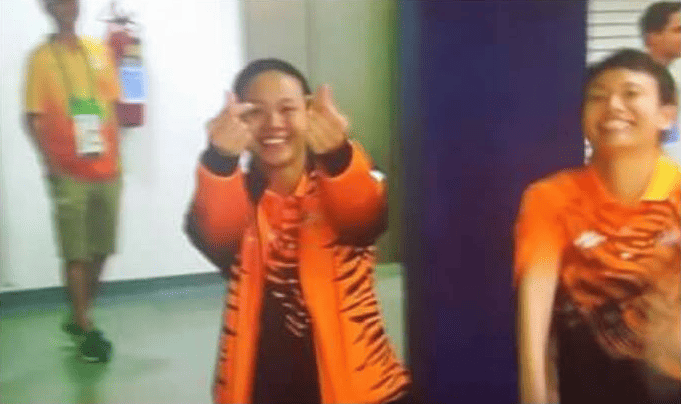 Rumours and debates were started, assuming that Pandelela was ‘mata duitan’ aka ‘money minded’.

However, these mere assumptions were put to a halt as commentors tried to set things right.

Actually, her finger gesture was NOT a representation for ‘money’, but something known as ‘finger hearts’ popularly used in Korean culture.

The trend of this finger gesture was popularized through one of the casts in the Korean TV Show, Running Man known as Jae Suk. 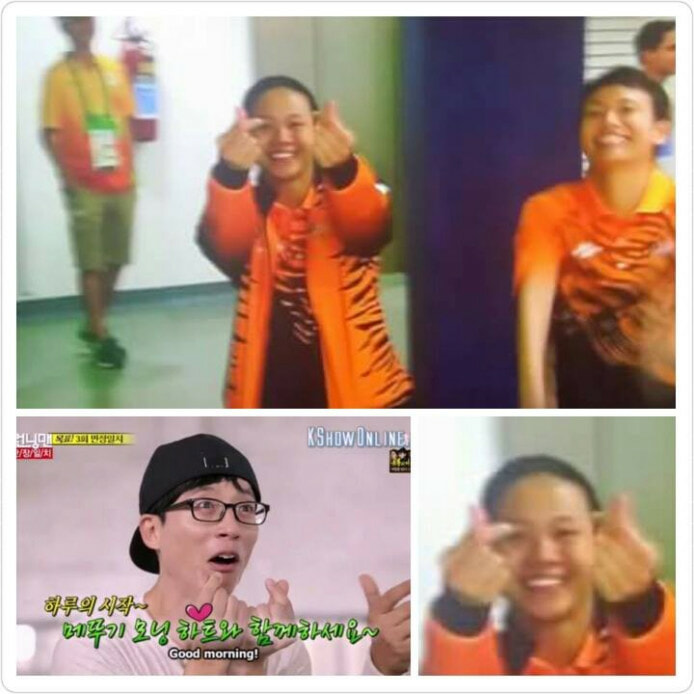 Malaysian fans alike shared their K-pop knowledge and urged the others to be clear of the situation first before jumping to conclusions.

Some others even said that even IF Pandelela was actually doing a ‘money sign’, it’s her choice to do so and haters have no right to comment on other people’s business, especially not over someone who’s representing the country on an International level.

With all that said, we should be proud to have both these amazingly talented and hardworking athletes to represent the country, on top of bagging a Silver in the Olympics. Well done Pandelela and Jun Hoong! Fighting~!