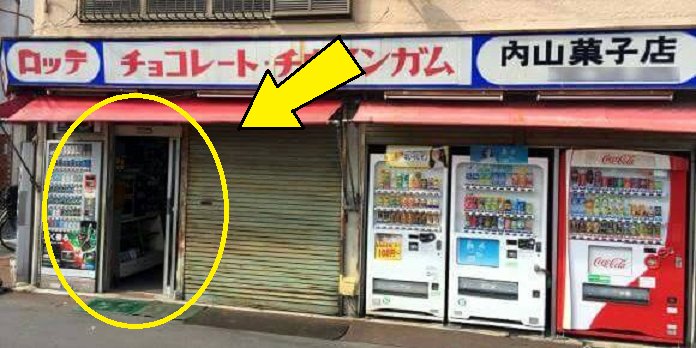 There’s an old creepy-looking candy shop in Tokyo, Japan you should absolutely know about.

Ryo, a reporter for RocketNews24 was out in the streets of Tokyo when he chanced upon the half-opened shutters of the shop. 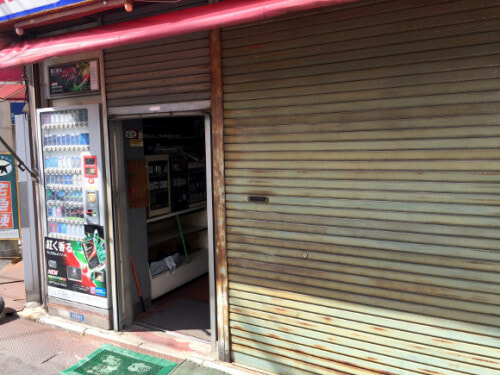 He asked the residents around and they could only tell him the store has been there forever. However, none of them knew why it looked so creepy as they did not dare step into it.

“Maybe the owner is just lazy, or perhaps its broken,” Ryo thought as he made up his mind to investigate the store called “Chocolate, Chewing Gum: Uchiyama Candy Store.” But as he put a foot through the eerie shutters, a thought flashed through him as he recalled this is probably how many horror movies start.

Alarms started to ring in his head but he brushed them off, braved himself, and entered the creepy store. As he fully stepped into the ‘candy’ store, he realized that there were no sweets for sale at all! In fact, there were only cigarettes being sold there. 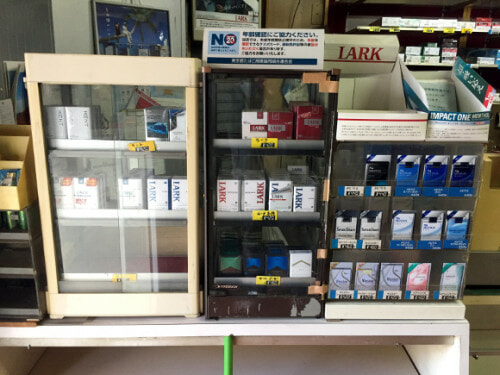 Suddenly, Ryo heard the typical cheerful “Irasshaaaaiiiii!” (Welcome!) and in walked a smiley 90-year-old Yoshio Uchiyama from the back.

The friendly elder revealed that he opened the candy store about 50 years ago but as his energy faded with his youth, he now only sells cigarettes out of a window at the back of the store. 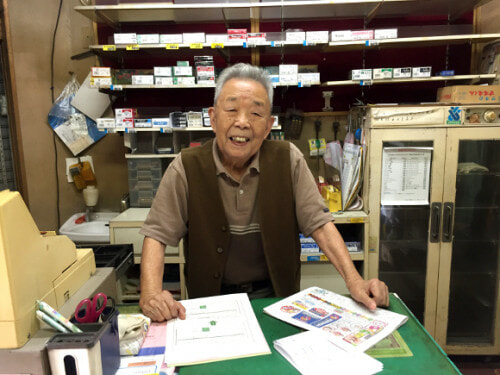 When Ryo questioned why Uchiyama would keep the store open in such a state, Uchiyama’s explanation was so surprisingly sweet that Ryo felt so touched.

“I keep a bag by the door that a customer left on the counter two years ago. Honestly I want to just close the whole thing up, but because the bag’s owner might come by looking for it, I keep the door open just a little bit.”

Yes, someone had left their bag in the store and Uchiyama had his store open everyday in case the person comes back for it.

When Ryo looked over at the bottom counter, sure enough the bag was there, with a paper reading “Forgotten Item”. 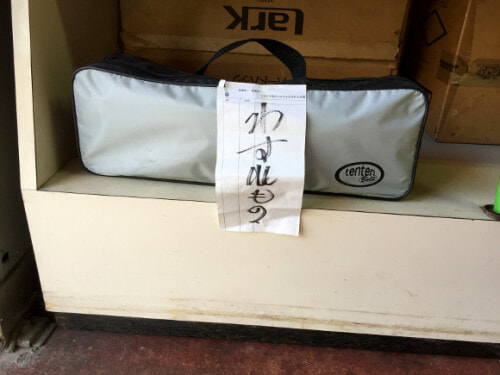 Staying true to the ever stereotyped Japanese honesty and courtesy, Mr. Uchiyama never looked into the bag, but Ryo mentioned that it seemed to have some sort of machine in it.

Undoubtedly, Ryo left the store feeling better about the world, that there is actually still faith left in humanity.

He shares to everyone, “if you happen to stop by the humble little store, do stop by and say hi to Uchiyama. And if that is your bag or know its owner, please claim it so the nice elderly man can rest already!”

– Story and pictures credited to RocketNews24.