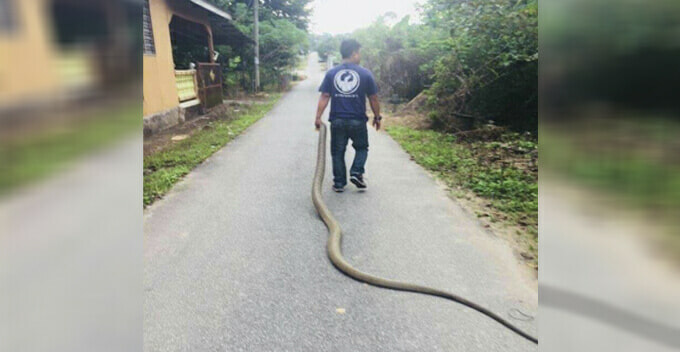 After looking at the picture, we believe certain parts of his body are made of steel!

Just recently (February 2019), a photo of a man holding a 4-metre cobra while casually walking on a narrow street has gone viral on Facebook. It was believed that the man in the picture is famously known as Hamdan Raja Ular and the snake was captured in Kampung Rahmat in Kelantan. 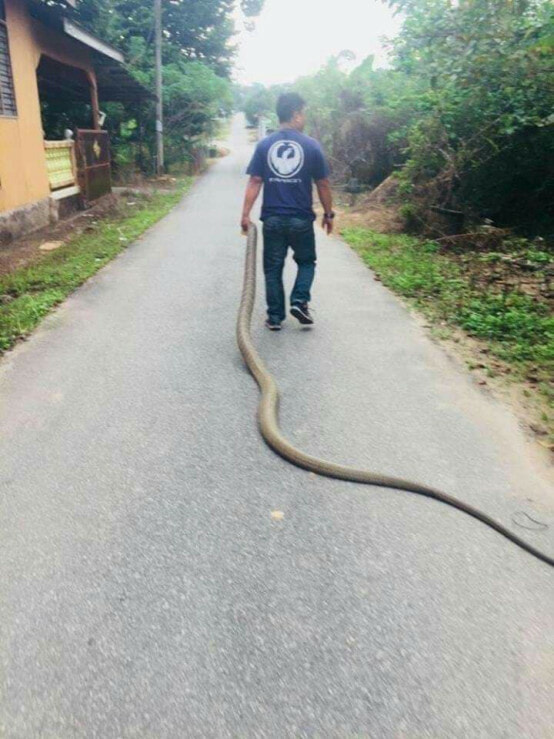 For obvious reasons, the picture won netizens’ hearts as they were amazed by the man’s mad skills and bravery in handling such a long and venomous snake. However, the Department of Wildlife And National Parks (PERHILITAN) begs to differ. In fact, the department’s director, Mohd Hasdi says they are looking for the snake catcher as it’s against the law to keep such a dangerous reptile.

“We’d like to warn the snake catcher and members of the public that showcasing your snake-catching skills on social media is an offence. The authorities will not hesitate to nab the person for keeping the reptile illegally.

“Those who organise exhibitions or touch venomous snakes including cobras are on the wrong side of the law,” Mohd Hasdi said.

To ensure the public’s safety, the authorities have stopped issuing permits to organisers who want to exhibit their venomous snakes since three years ago.

So guys, the best way to handle a deadly snake like this is to leave it to the professionals! 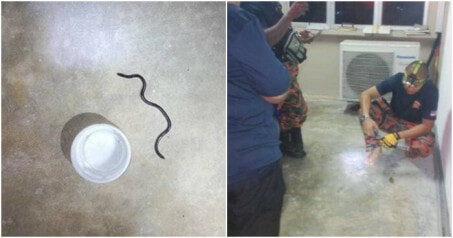