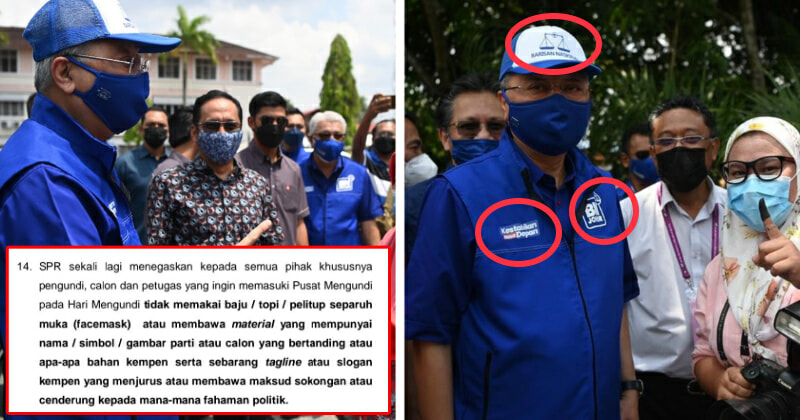 Prime Minister Datuk Seri Ismail Sabri Yaakob has faced backlash from Malaysians after he was spotted breaking election rules during a visit to monitor the Johor State Election polling day process in Kempas today. Photos of the incident was shared by national news agency Bernama on as well as by Ismail Sabri’s official Twitter account below:

In the visit to SK Perumahan Tampoi 2, the polling centre in Taman Siantan earlier today, the Prime Minister can clearly be seen wearing a shirt and cap that are brandishing the Barisan Nasional logo, an offence under the election rules set out by the Election Commission of Malaysia (SPR).

In fact, the ruling was just reiterated by SPR Secretary, Dato’ Indera Ikmalrudin Ishak yesterday via a press statement by the Commission. According to Article 14 of the press release, all individuals are prohibited from wearing any shirt or materials brandishing political party symbols or anything related to a candidate’s campaign at polling stations during election day. 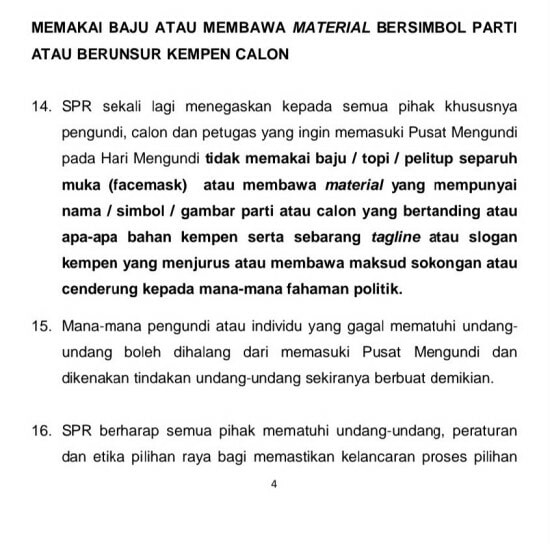 The rules further stated that all individuals, including voter, candidate and personnel on duty that wants to enter the polling station during polling day are prohibited from wearing a shirt/cap/face mask, or any other materials that has the name/symbol/photo of a political party or candidate that are contesting the election. Individuals are also prohibited from carrying any campaign materials and campaign tagline and slogan that alludes to support or leaning towards any political ideology.

Article 15 then states that any individual that fails to adhere to Article 14 would be barred from entering the polling station and will be taken legal action against.

Based on the above rules, it can be argued that the Prime Minister has breached the election rules by SPR today. As of the time of writing, both Ismail Sabri and SPR have yet to issue any statement regarding the alleged breach of election rules. 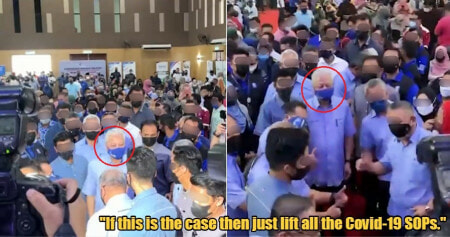