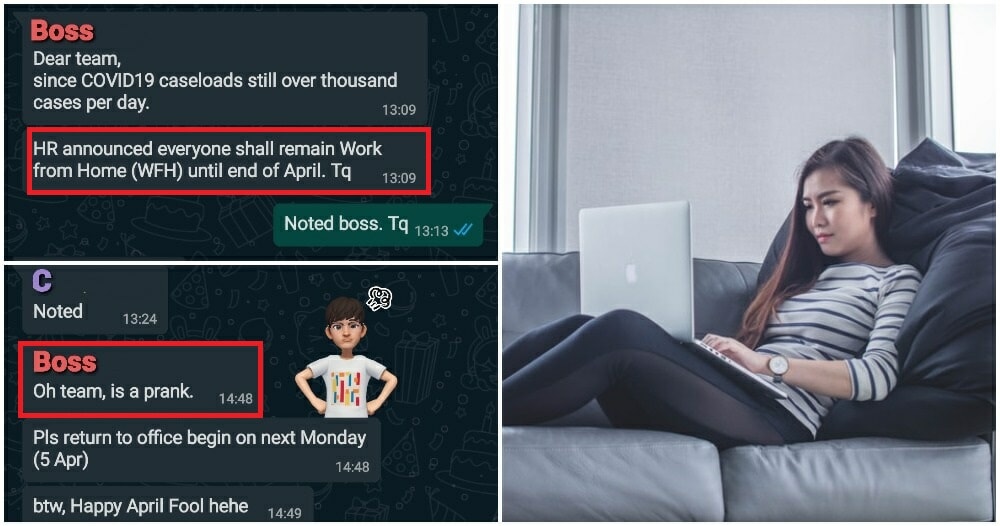 Just imagine how the employees would’ve felt in those brief moments before they realised the whole thing was a prank!

During his press conference on Tuesday (30 March), Defence Minister, Datuk Seri Ismail Sabri announced that the 30% of employees work-from-home order is cancelled and workers can return to work as per usual. Private sector companies can also now operate at full capacity.

Upon hearing this news, most employees were undoubtedly devastated as this would mean they would have to give up their home comforts and will be forced to face the daily hustle and bustle of the city. Preying on this, an employer decided to play a prank on his employees in conjunction with April Fools’ Day. 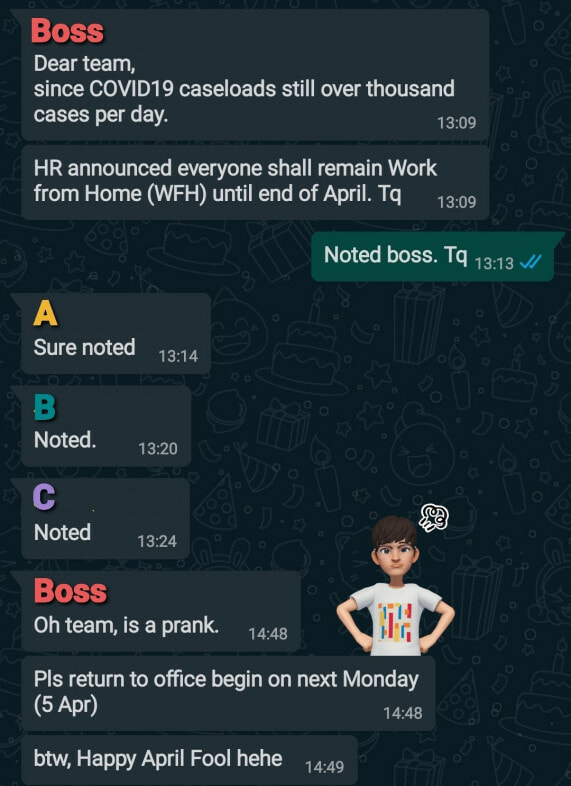 The interaction posted in the Facebook group Boom Go Employee started with the boss announcing that since the Covid-19 cases in the country are in the thousands, employees will be asked to work from home until the end of April.

Boss: HR announced that everyone shall remain working from home (WFH) until the end of April. Thank you!

Boss: Oh team, this is a prank. Please return to the office starting next Monday (5 April). By the way, Happy April Fools’, hehe.

That ‘hehe’ hurts the most.

The post went viral garnering over 200 shares with Facebook users saying that the boss may have won the award for most cruel prank for April Fools’ this year! One user even asked if the boss is so free to prank the employees in such a way.

Have you tried pranking any of your bosses yet? If you still have your job, let us know your success stories! 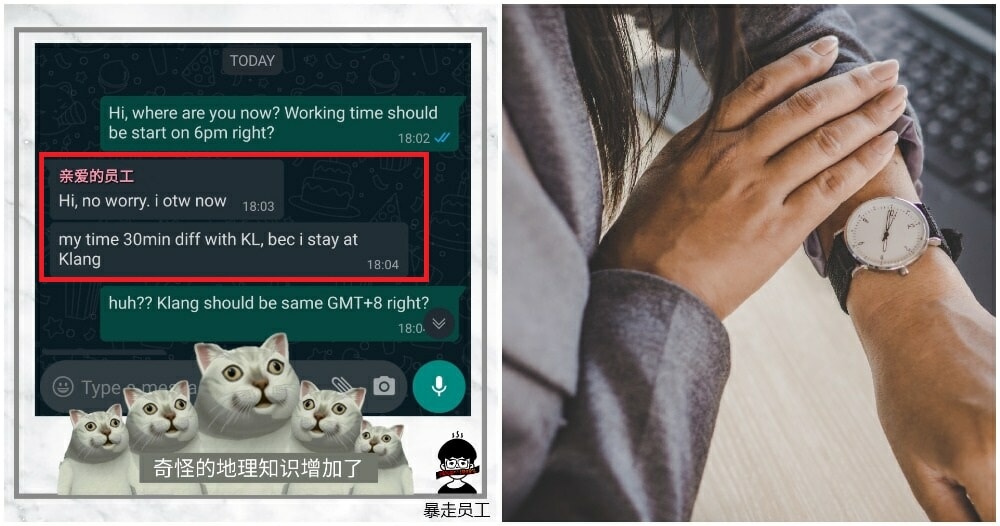