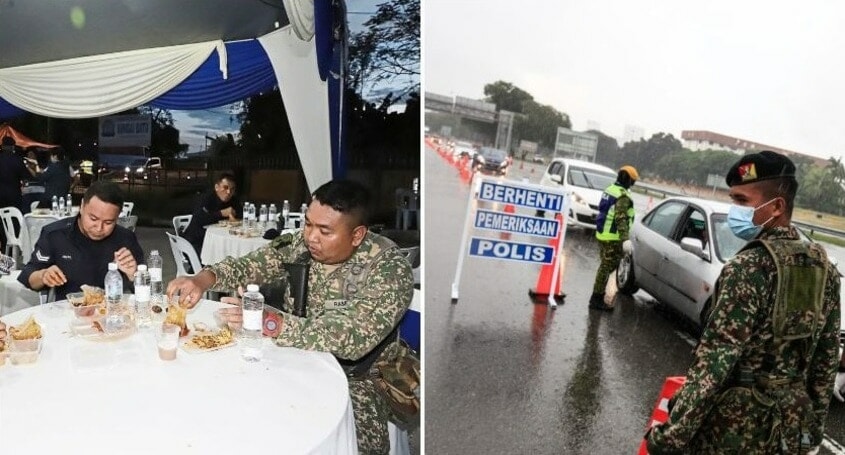 Since the enforcement of Movement Control Order (MCO), we’ve seen our frontliners working really hard at roadblocks under the blazing weather to ensure that Malaysians are safe. 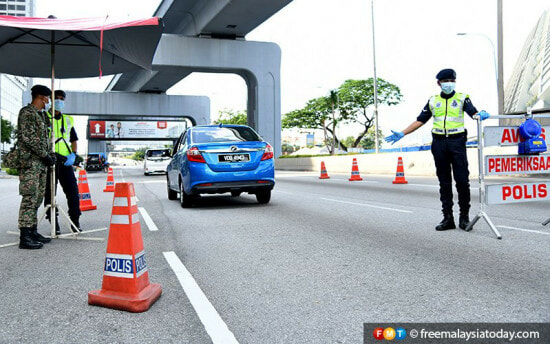 As the Ramadan month is here, many Muslim frontliners would be fasting while they are working. To ensure that Muslim police personnel can break fast comfortably while carrying out their duties at the roadblocks, a task rotation system for non-muslim police officers has been implemented.

According to The Star, this task rotation system where non-Muslim police officers will replace their Muslim counterparts while they break fast and perform maghrib prayers, was implemented at the southwest district in Penang. 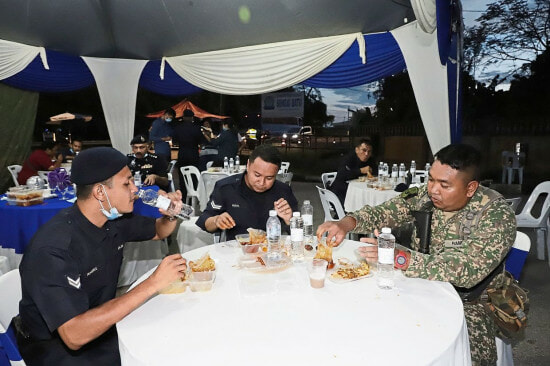 “With this system, more Muslim police officers can break fast comfortably, instead of just taking a sip of water and continuing with their duties,” said Balik Pulau OCPD, Supt A. Anbalagan.

“We have 39 non-Muslim police officers in the southwest district and they will be placed at all eight roadblocks from 7pm to 8pm,” he added in regards to breaking of fast. 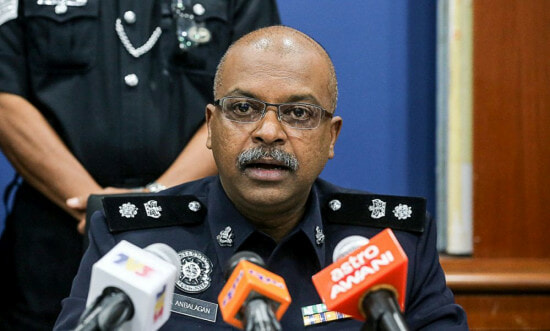 Supt A. Anbalagan explained to the reporters on Friday (24 April) that he believes the system will also strengthen the morale among the officers and create a harmonious, caring and understanding society.

“We thank our fellow police officers as the frontliners in the fight against the Covid-19 pandemic, ” he stated.

Meanwhile, our Health director-general recently said that Malaysia has successfully flattened the peak of Covid-19 outbreak. We wouldn’t be where we are at today, if it weren’t for our frontliners.

We would like to express our gratitude to all the frontliners who are working day and night to take care of the nation. Let’s all play our part by continuing to stay at home. 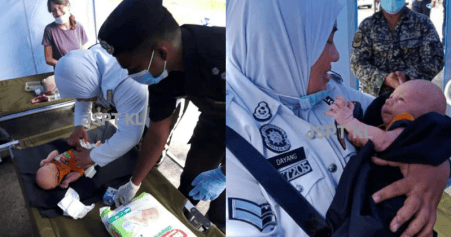