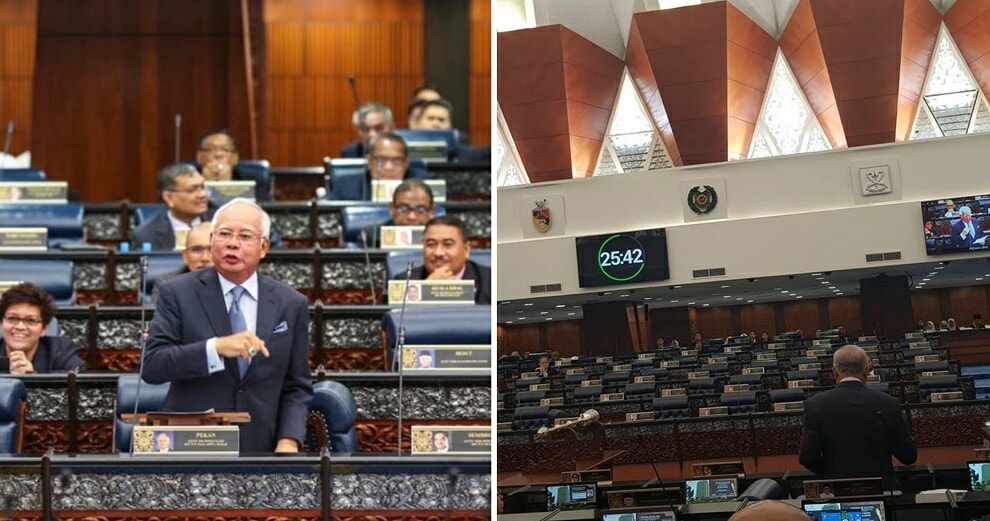 Earlier that day, he took to Facebook to share that he would be voicing his concerns in Parliament, saying,

“Nothing will shake my spirit, no matter how I am received. A lot of things can happen in 5 years. Let’s see where Malaysia is today and where we will be heading.”

“Malaysia’s direction is important. What would happen if we just neglected it? We cannot remain silent. I will bring the rakyat‘s voices to Parliament. This is Malaysia, our homeland.” 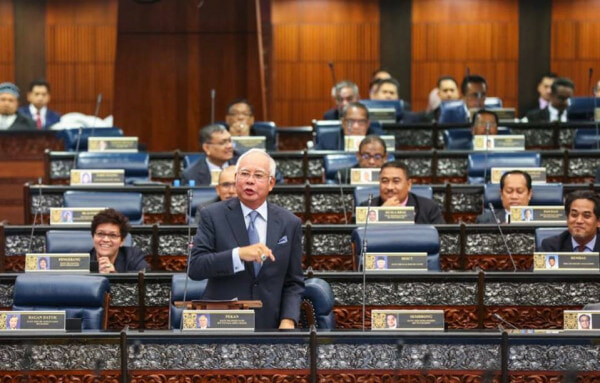 However, the former prime minister was disappointed to find that he was speaking to rows of empty seats from the government’s side. Upset by the low turnout, Najib once again took to Facebook about an hour later, saying,

“Maybe these ministers have early lunch appointments. Maybe some of them are also forced to rest in the afternoon because they couldn’t get a good night’s sleep.”

He then proceeded to post what he had stated at the Dewan Rakyat today, addressing the 1MDB case and the multiple charges against him. You can read his statement in its entirety here.

Meanwhile, in response to all this, Lim Kit Siang of Democratic Action Party’s (DAP) addressed the incident on his blog, explaining the low turnout. An excerpt from his post reads,

“Malaysians and in fact the world must thank Najib for posting a photograph on his Facebook page showing him delivering a speech in the Dewan Rakyat to rows of empty seats in front of him – which is indeed a rare sight!”

“In fact, there were several meetings in Parliament going on at the time Najib spoke, including the Public Accounts Committee and two Ministerial briefings on forthcoming parliamentary business.” 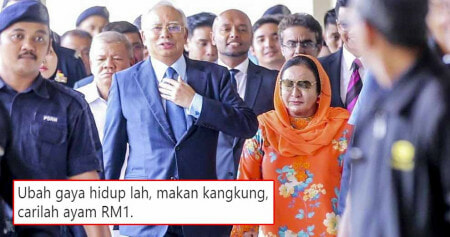