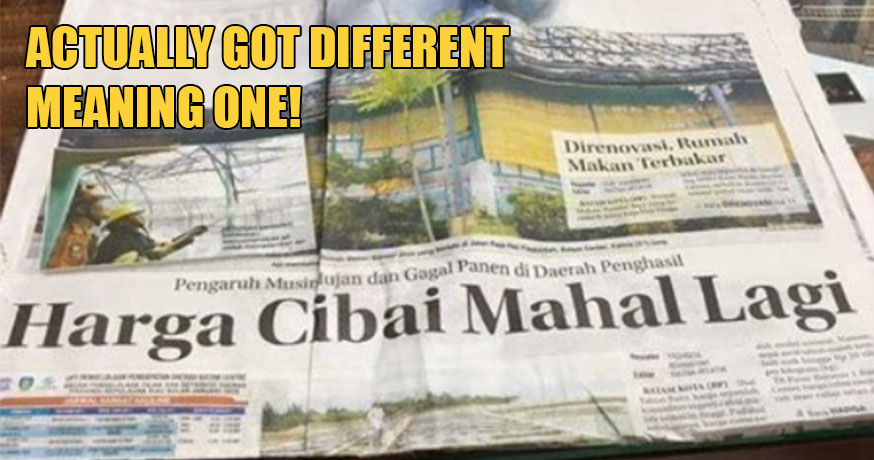 Well you’ve probably seen it by now, but if you haven’t, let us show you one headline has been making the round on social media, and honestly, we had our eyes open pretty wide when we saw it for ourselves too. It’s not every day when you come across something so blunt and crass from a daily newspaper, of all places. But Metropolis newspaper in Indonesia certainly did. 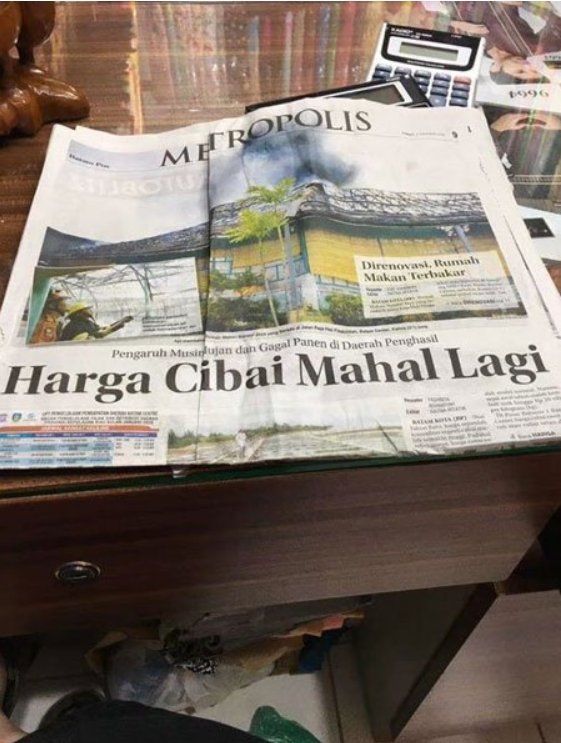 The recently-published title of ‘Harga Cibai Mahal Lagi’ from the Indonesian daily newspaper has got netizens both laughing and scratching their heads. Does c*bai really mean what we think it means in the Chinese context? And was the newspaper serious about publishing that headline?

Well, the headline is apparently legit, but it’s highly likely that what the newspaper head intended to say was ‘Harga Cabai Mahal Lagi’, because in some regions of Indonesia, the term ‘Cabai’ is used to refer to chilies.

The headline, in that case, would simply mean ‘The Prices of Chilies Has Gone Up Again’. Ceeehhhh.

According to Chinese daily China Press, it is explained that the newspaper was actually referring to the higher prices of chilies in Indonesia due to bad weather, causing a sudden shortage of chilies due to a decline in production. Especially with Chinese New Year coming up and many Southeast Asian country’s demand for chilies increases, prices have surged a lot. Hence, ‘Harga Cabai Mahal Lagi’.

So, yes technically they were being serious, but that huge typo made a whole world of difference!

Also read “The Love Is Here In M’sia!” Black Eyed Peas Thanks M’sians For Helping Indonesia In Tragic 2004 Tsunami 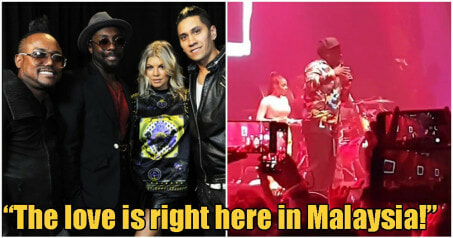