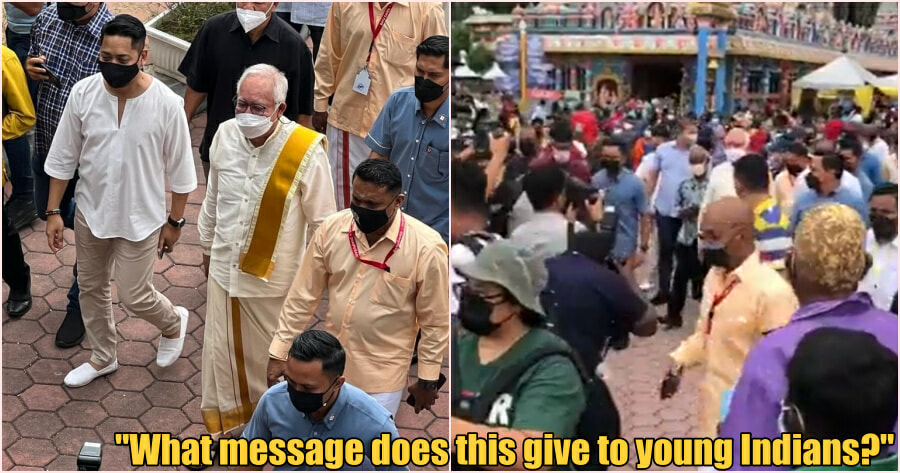 We have just celebrated Thaipusam and with the celebration of any race or religion, Malaysians remain united in respecting each other’s festivities and even going beyond that.

Religious festivities are often frequented by politicians as a sign of peace, respect and good will. However, sometimes it doesn’t go exactly as planned.

A number of images and videos of former Prime Minister Datuk Seri Najib Razak went viral yesterday (18 January) as it featured him donning a veshti (around the waist) and jippa (top) complete with a thick printed border shawl at Batu Caves on Thaipusam. 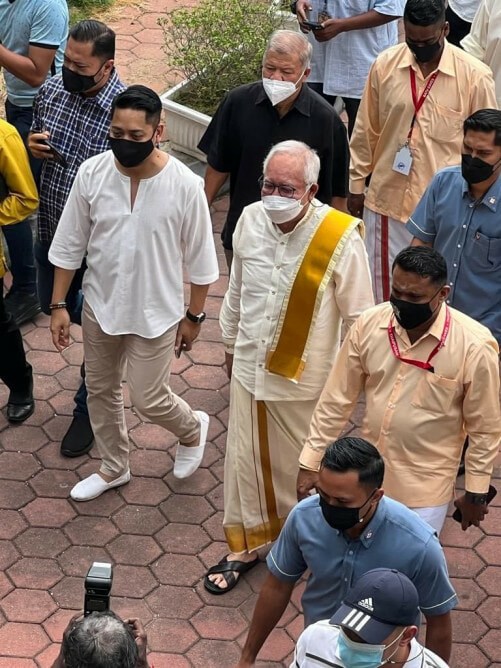 His visit did not go down well

After pictures and videos of him started circulating on social media, netizens were quick to express their thoughts on it.

“Maybe he was there to ask for forgiveness from Lord Muruga.”

Aside from not agreeing with his visit in general, some users went on to claim that it was just a publicity stunt to warm the hearts of Indians in light of an upcoming general election.

“How easily people are fooled when you play with their religious emotions,” said a user.

Another user commented, “Whilst PAS & UMNO continue to play the racial card, Najib takes a different route to be seen as a man of the people.”

Some users highlighted the issue from a religious aspect

“During the flash floods there was the issue of not being able to help wash temples as it was ‘worshipping idols’. But like this can?”

Whilst another user said that it’s unfair how the festivity had a limit on the number of participants, yet the temple authorities allowed Najib in and even gave him VIP treatment.

“What message does this give to young Indians?” said the user.

Do you think that he’s in the wrong? Let us know in the comments.

Also read: Thaipusam Devotees To The Rescue! M’sian Gives Birth in Car at Batu Caves With Help of Temple-Goers 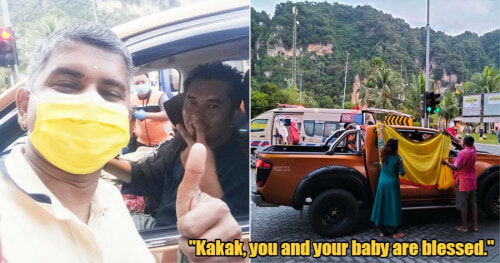