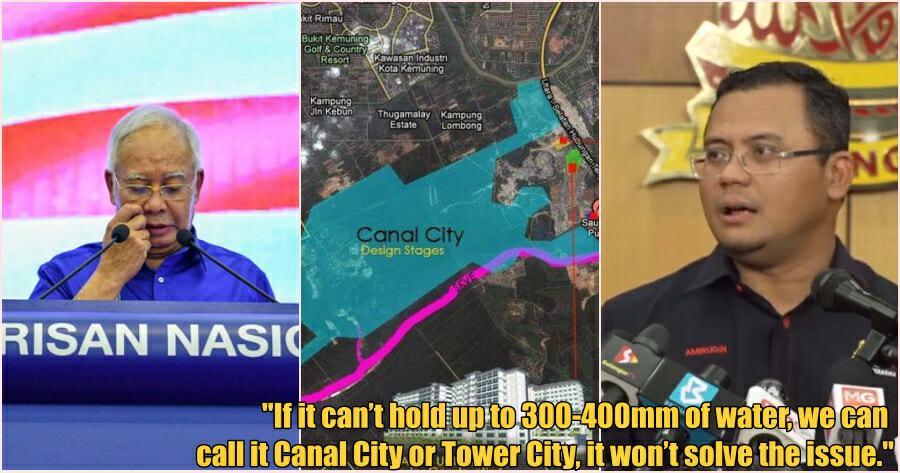 There have been plenty of suggestions on what would’ve helped to prevent the recent flash floods. From cutting down on deforestation to stopping littering.

Some have even suggested that projects that are worth billions of ringgit would have also contributed in preventing the floods. 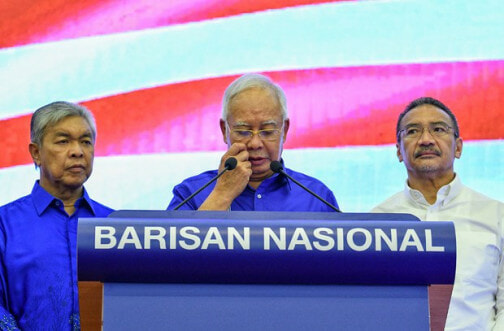 Former Prime Minister Datuk Seri Najib Razak, recently shared his views on Facebook, where he stated that a project that was initiated by BN would have saved Selangor from the floods if it had not been cancelled by Pakatan’s Selangor state government.

“The location of the project is to the south of the Shah Alam Municipal Council, around Taman Seri Muda and Kota Kemuning,” he said.

The construction involved an 18km main water canal across the Klang district to the Hulu Langat district which will connect the Klang River with the Langat River. 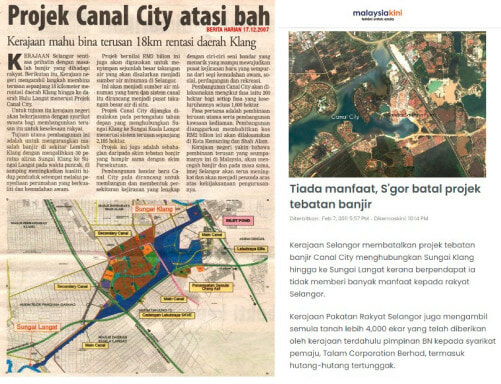 This would divert 30% of the water from the Klang River to the Langat River during peak hours.

The project was put on hold in 2009, cancelled in 2011 and the land was sold to a developer in 2013 when the Pakatan government took over Selangor after the 12th General Election.

“If this water canal could have reduced the risk of floods as well as increase Selangor’s raw water reserves, I think that there is a need to review the implementation of this project.”

Selangor MB says it would not have solved the issue

However, Selangor Menteri Besar Datuk Seri Amirudin Shari believes that it would not have helped with the recent flash floods.

During a press conference yesterday (27 December), he explained that the recent floods in Selangor were caused by an extraordinary amount of rainfall that exceeded the capacity of water catchments. 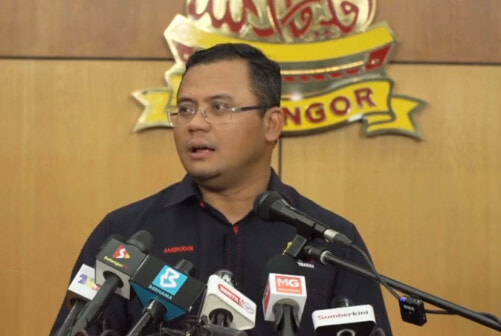 He stated that future flood mitigation projects need to be able to collect up to 300-400mm of water at any given time.

“Is Canal City the answer? We must see the amount of water it can take. If it can’t hold up to 300-400mm of water, we can call it Canal City or Tower City, it won’t solve the issue.”

Amirudin stressed that the issue to be addressed is how to ensure that water catchments are able to contain more than 100mm of water at any given time.

Do you think that the project would have helped to prevent the floods? Let us know in the comments.

Also read: Fire Dept Tells Flood Victims Not to Dispose of Garbage by Burning it Due to Danger of Massive Fires 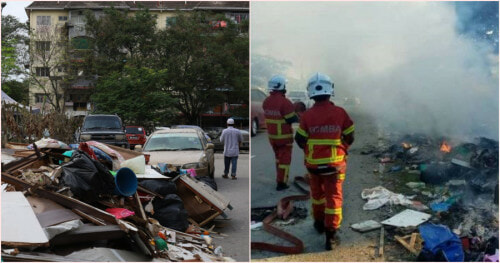