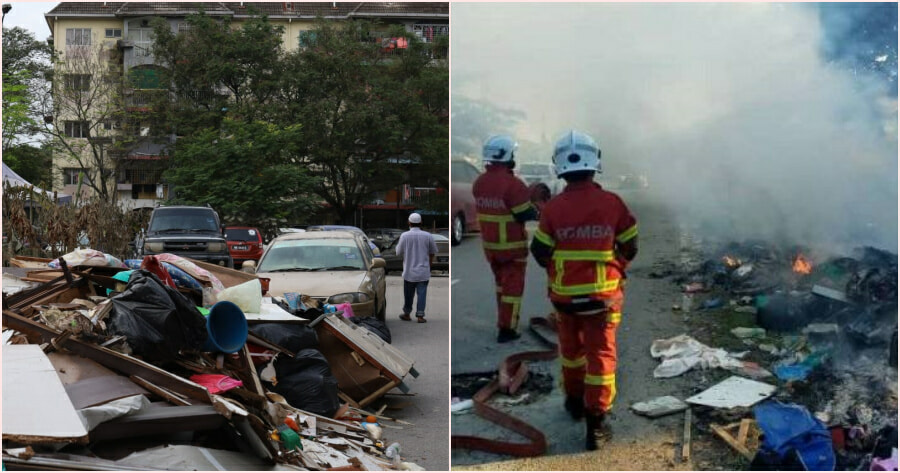 After the flash floods that have recently hit the country, focus has now shifted to the cleaning aspect of the recovery stage. Malaysians have united in helping clean the houses of those affected and public areas which have been ruined by the floods.

However, there have been reports that the waste from the cleanup operations have not been dealt with properly and has made its way back into rivers which is a bad sign as littering was suggested to be one of the main reasons behind the floods in the first place. 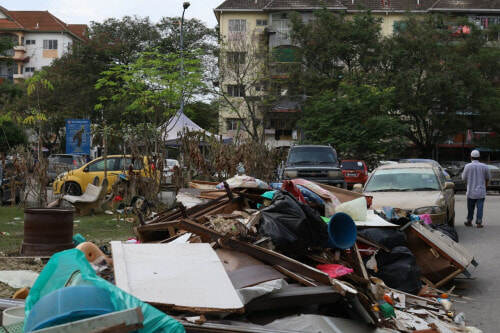 Similarly, there have also been a rise in open burning, as many Malaysians turn to burning their waste. However, Selangor Fire and Rescue Department (JBPM) director, Norazam Khamis has advised the public not to burn the piles of flood waste.

He explained that two cases of bulk waste burning had been reported in Kapar, Selangor since Saturday.

Norazam also said that the operation room received a report on flood waste burning that happened at Taman Meranti Mewah around 5:50 pm on Sunday.

“The first machinery from the Kapar Fire and Rescue Station (BBP) arrived at the location at 5.57 pm and found that the fire involved a pile of rubbish and damaged furniture at the location which is estimated to be 278 square meters.”

The fire was brought under control at 7 pm and the operation ended at 7.40 pm. Fortunately, the incident did not involve any victims, said Norazam. 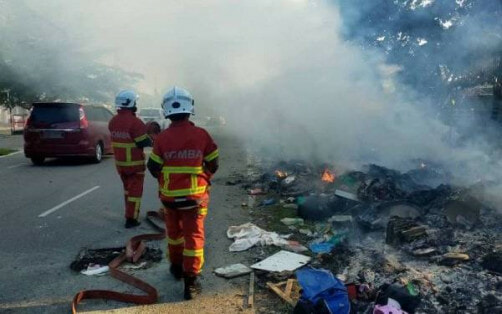 Public advised to take waste to centres instead

The Selangor state government has opened 11 temporary transfer stations (TS) for bulk waste for the purpose of expediting the cleaning process after the floods.

They have also requested the cooperation of all parties involved in the post-flood clean-up operation in Selangor to dispose of bulk garbage at the designated TS. 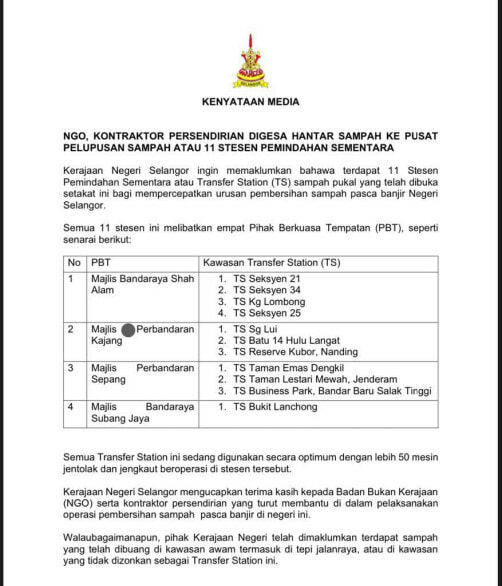 “The state government has been informed that rubbish has been dumped in public areas such as roadside or areas that are not in the zone under the TSs. The situation complicates as well as delays the clean-up work at the affected locations.”

He explained that KDEB Waste Management or the local authority (PBT) has to clean the area and in turn will delay the waste cleaning operation after the flood.

Therefore, he and the state government hopes that all parties can work together to dispose of rubbish after the flood in the nearby TS.

Remember to dispose of your waste responsibly! Do you agree with this? Let us know in the comments.

Also read: Watch: Cleaners ‘Clean Up’ Flood Rubbish By Throwing Them Back Into The River 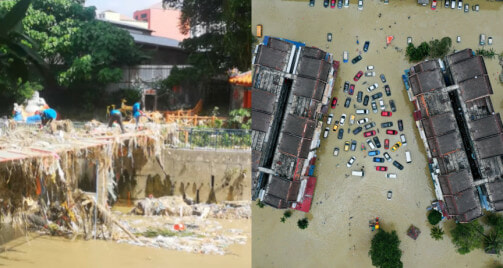