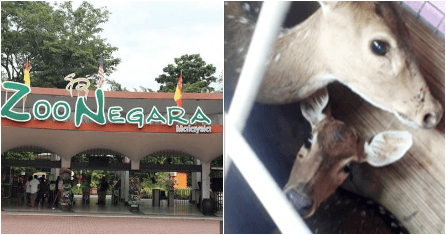 It is well known that Zoo Negara has been struggling to operate despite the numerous donations the institution has received throughout its years of operation. MCO and MCO 2.0 definitely did make it worse for Zoo Negara as it can no longer rely on ticket sales to help with the operating costs.

In order to lighten the burden, Zoo Negara recently had to sell off six spotted deer at RM5,000 each to a private company and it is unclear whether the buyer had bought them to be slaughtered or for breeding purposes. As reported by FMT, the general council member of the Malaysian Trades Union Congress, A Sivanathan, who is also an adviser to the staff union in Zoo Negara claimed that the sale did not follow the right procedures. He said:

“We want to know whether the zoo management is allowed to sell animals at their whims and fancy without following the SOP. Normally, they should have an open tender sale of any government assets.”

He continued on questioning who will actually get the sum of money and the power to sell these animals should not belong to one or two individuals. Even the previous acting director of Zoo Negara, Dr. S Vellayan, said that selling the animals is not a common practice. Normally, the animals will go through an exchange program with other zoos and related institutions only.

The Director of Zoology, Veterinary and Panda conservation in Zoo Negara, Dr. Mat Naim Ramli explained that the zoo had to reduce the number of deer which was at 60 and they belong under the non-protected animal category. This means that the deer can be sold off for breeding or for their meat.

He also clarified that Zoo Negara has obtained permission from the Wildlife and Veterinary Services Departments and the revenue collected will be used to cover Zoo Negara’s operation cost.

Also read: Zoo Negara Only Has Enough Money To Operate Until April 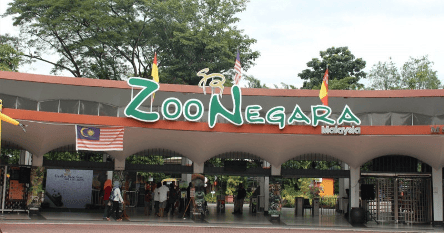