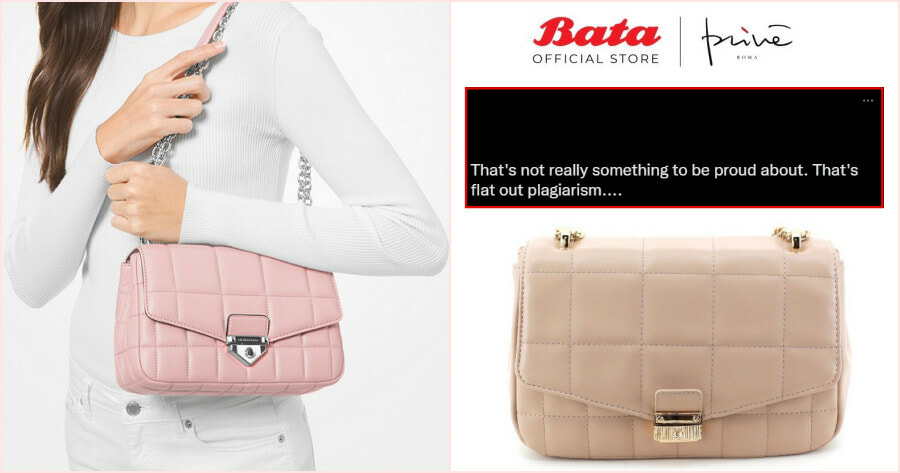 When it comes to innovating new products, it is inevitable that you might end up copying and drawing inspiration from certain designs by products which have been released.

In the past, there have been a number of allegations thrown around about celebrities who plagiarised the names, products and even designs of other brands.

Recently, a Twitter user took to the platform to praise Bata for stepping up its game by producing high-end handbags which looked identical to designer brands. 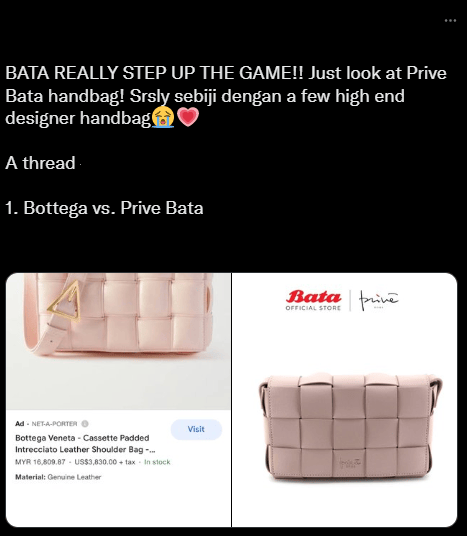 In the post, the user highlighted how Bata Prive produced several bags similar in designs with products from luxury brands such as Bottega Veneta, Longchamp, Michael Kors, Christy Ng, Rabeanco, Furla and Ferragamo.

The bags by Bata Prive look similar to products released by the luxury brands but are not exactly identical and differ slightly in terms of the logos and clasps.

Bata which is known for their affordable products would allow ordinary Malaysians to keep up with the latest fashion trends without having to break the bank.

The tweet garnered plenty of attention. However, some users believe that it’s blatant plagiarism and stated that copying designs is nothing to be proud of.

Meanwhile, one user pointed out why netizens seem to be fine with criticising local companies and celebrities for copying designs from smaller brands but praise Bata for doing something similar.

On the other hand, users responded back by saying that it’s completely different in comparison to local businesses and celebrities copying smaller brands.

“Copying is copying but the impact of both situations are not comparable,” commented a user.

A netizen who says that she has a background in fashion design, explained the difference between both scenarios and said that a smaller brand copying designs from a larger brand is known as the ‘trickle-down effect’.

The user explained that a larger brand getting copied by small brands doesn’t result in it losing the value of its products, even if the products were mass copied.

On the other hand, huge brands copying small designers directly take away opportunities and the visibility of small-time designers which means that it negatively impacts them.

What do you think of this issue? Is Bata in the wrong? Let us know in the comments. 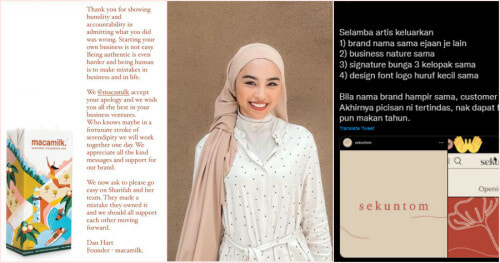