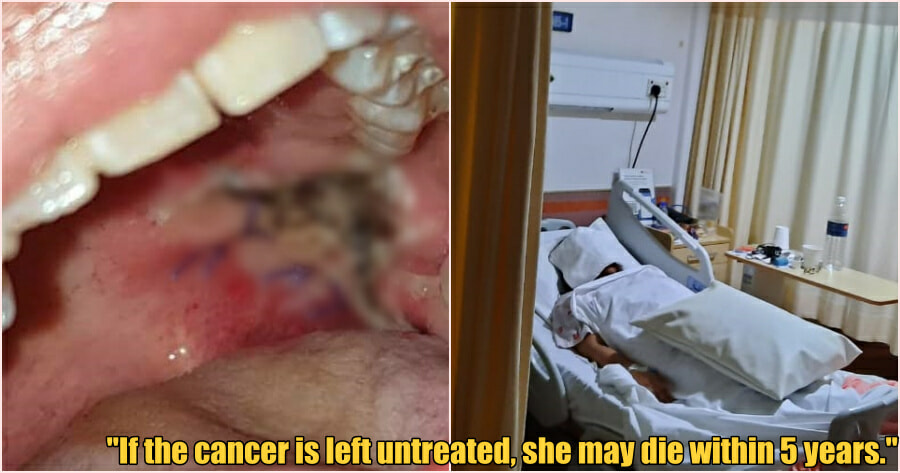 We all know how expensive some medical procedures can be and sometimes we have no choice but to rely on the goodwill of the rakyat to raise funds in hopes of saving our loved ones.

A sister’s plea recently went viral on Instagram when she requested for the public’s goodwill to help raise funds for her sister, who is suffering from a rare form of cancer in her salivary gland.

The sister named Pamela, took to Instagram to share the horrible news. “I’m raising funds for my sister. She was diagnosed with a rare salivary gland cancer. Her blood result showed her health is excellent. We do not know where this stupid cancer came from.” 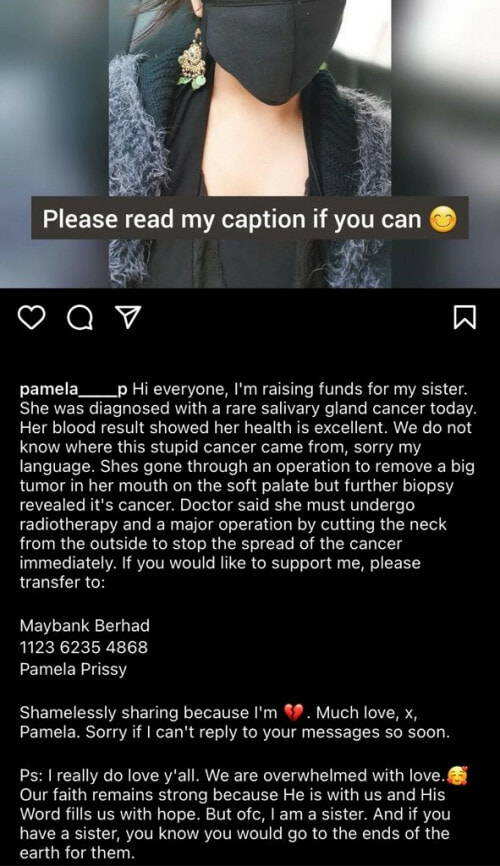 “She’s gone through her an operation to remove a big tumour in her mouth on the soft palate but further biopsy revealed that it’s cancer,” she wrote.

“Doctor said that she must undergo radiotherapy and a major operation by cutting the neck from the outside to stop the spread immediately.”

Speaking to WORLD OF BUZZ, Pamela said that her sister and her have been supporting her single mother and her dialysis treatment every month.

The sister who is affected by cancer wants to remain anonymous but she is 31-years-old and working.

“It came as a shock to us. We found out on 7th April. She went through her first operation on 5th April. At that time, we thought it was just some lumps at the back of the mouth on the soft palate,” she said.

“Doctors removed it and did a biopsy on the tumours. Yesterday, the lab test results came back and revealed that it’s salivary gland cancer.”

Salivary gland cancer is a rare cancer, with less than 0.5% of cases in Malaysia. Pamela’s sister is facing it in it’s intermediate stage which makes it even more rare. 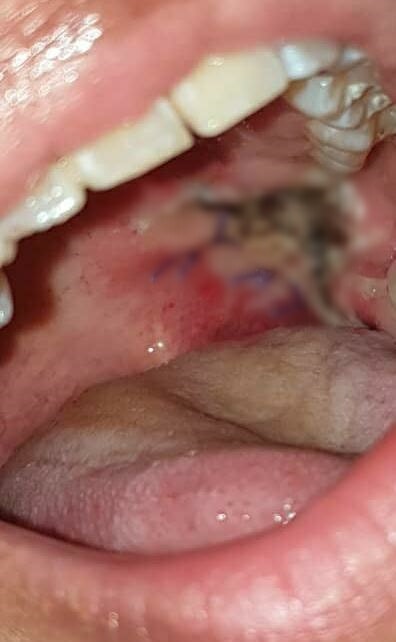 She is currently being treated with her company’s insurance but has already exhausted it.

“Now, she’s being monitored because her wound is still raw, they need to check to make sure there’s no infection. She’s in pain, can barely talk, they’re giving her strong painkillers every few hours. Can’t swallow. She said her throat and ears are hurting very bad,” explained Pamela.

The costs of the treatments she needs is around RM150,000 in total, which includes the major operation, radiotherapy plus other tests, antibiotics and admissions. As of the time of writing, they have managed to raise over RM8,000.

“For the major operation, she must do it immediately to prevent spreading it to the lungs as it is in the intermediate stage. They will cut and remove parts of her soft palate, gums, and teeth to stop any cancer cell from spreading.”

“They will need to open up her neck by cutting from the outside and change the blood vessel. Require 2 surgeons for this. It is a major, precise, and extremely risky operation,” she said.

According to their doctors, if the cancer is left untreated, she may die within 5 years.

“After the major operation, her functions such as her eating, talking will be affected. According to the doctor, it’s excruciatingly painful.”

“After this major operation, she will need to do radiotherapy. The doctor said that most likely after going for radiotherapy, she will not need to go for further operations. Most important, she has to be treated on the operation immediately before the cancer spreads anymore and even to lungs.”

If you are interested in assisting by sending over monetary contributions, you can make the transaction to Pamela Prissy at her Maybank account, 1123 6235 4868.

We wish for Pamela’s sister’s speedy recovery. Always remember that a little bit of kindness, help and support can go a long way.

Also read: M’sian Mother Suffering From Blood Cancer Is In Urgent Need Of RM53k For Her Treatment! 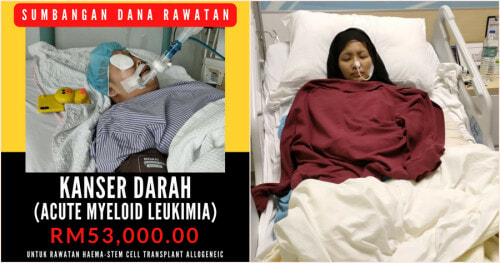