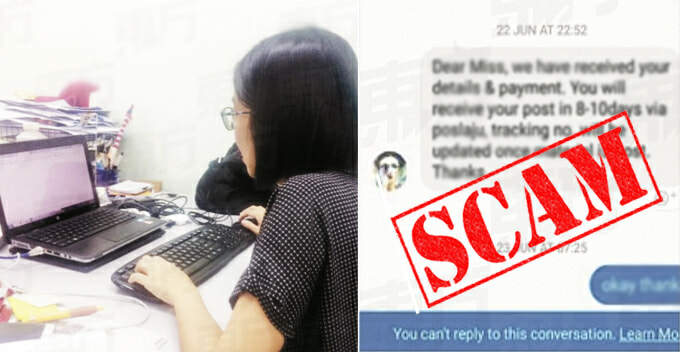 Have you ever come across those typing job ads on social media that offer a lucrative salary? You know, the ones that go along the lines of, “I earned RMXXX working from home…” or “Part-time typist needed. Work from home. Can easily earn up to RMXXX…”

Well, some of them are actually scams that target housewives and uni students who’re looking for a part-time job.

In an interview with Oriental Daily, a 21-year-old uni student surnamed Tan, told the reporters that she was looking for a part-time job during her semester break when she came across a typing job offer on Facebook.

After contacting the scammer through WeChat, Tan was briefed about the job description, salary, and standard working procedure. Then, she received a form and an email requesting her to transfer RM50 to the scammer’s account, as a registration fee.

“The scammer explained to me about the procedure of my typing job. Due to the market demand, typists are needed to ‘transfer’ content from textbooks into a computer. This could solve the issue of heavy and expensive textbooks.”

The salary agreed upon was RM100, and after transferring the money, Tan was no longer able to see the ad on Facebook, which led her to believe that she had been cheated.

It was reported that Tan was not the only victim, as another woman was cheated RM90 as well after applying for a similar typing job.

Since the amount of money involved in these scams aren’t much, many victims would not come forward to lodge a report, but it was understood that MCA receives an average of two complaints every month regarding such online scams.

Hence, members of the public are urged to scrutinise the potential employer’s profile before proceeding with any transaction. If the Facebook page is still relatively new and only provides very little background information, then it’s probably a trap.

So guys, if a job offer appears too good to be true, chances are it is a scam. 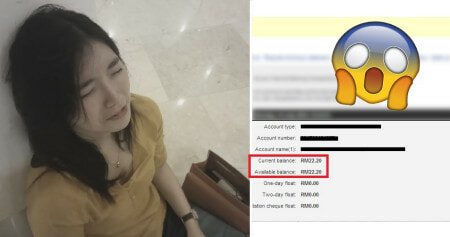