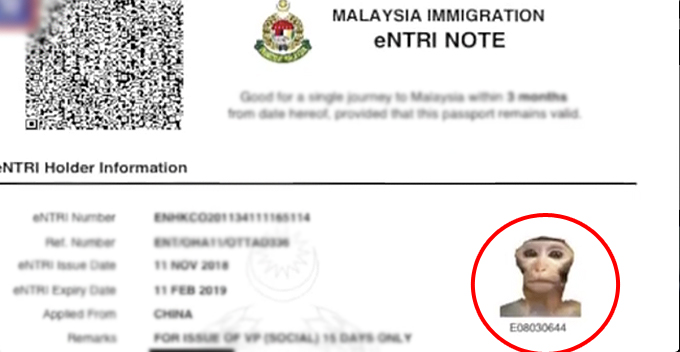 Just recently (November 2018), Harian Metro reporters shockingly exposed how the Electronic Travel Registration & Information (eNTRI) system was badly operated which allows Chinese tourists to easily enter Malaysia. The reporters of the local daily even tested out the system by applying for an eNTRI note using fake documents and it was approved within minutes after the payment was made. So easy meh? 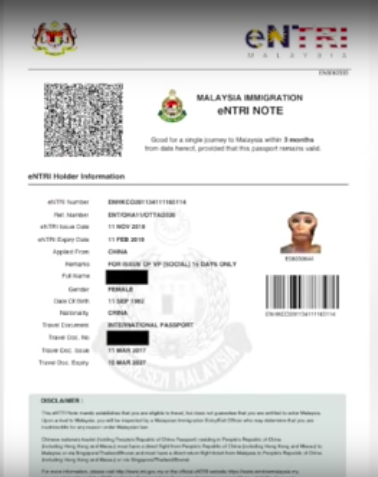 According to Harian Metro, eNTRI is an online facility provided by the Malaysian government to assist Chinese tourists to enter the country for 15 days without having to apply for a visa. The applicants are required to pay RM100 per application.

FYI, an eNTRI note is only valid for a single journey to Malaysia for the purpose of tourism for the
maximum of 15 days each entry without any extension of the period.

This system was introduced in March 2016 and up until September 2018, it has collected over RM198,066,000 involving some two million applicants. Harian Metro reporters also found out that eNTRI is handled by a company called Syarikat Ultra Kirana Sdn Bhd (UKSB), and it was appointed by the Home Ministry.

In fact, the processing fee of RM100 was said to have been fully pocketed by the concessionary company and not a single sen was contributed to the ministry. Wah, our ex-government so generous!

Besides, the reporters were told by their sources that the eNTRI applications were simply approved in five minutes without any thorough background check on the applicants. This has allowed Chinese citizens with criminal records and deported prostitutes to easily re-enter Malaysia. Yikes!

To test out the system, the reporters applied for an eNTRI note using a picture of a monkey, fake ticket number, and the address of a government agency. With the help of a travel agent, a fake passport was also used and surprisingly, the application was approved in less than five minutes after the fee was paid. Yes, even though the picture was that of a monkey. 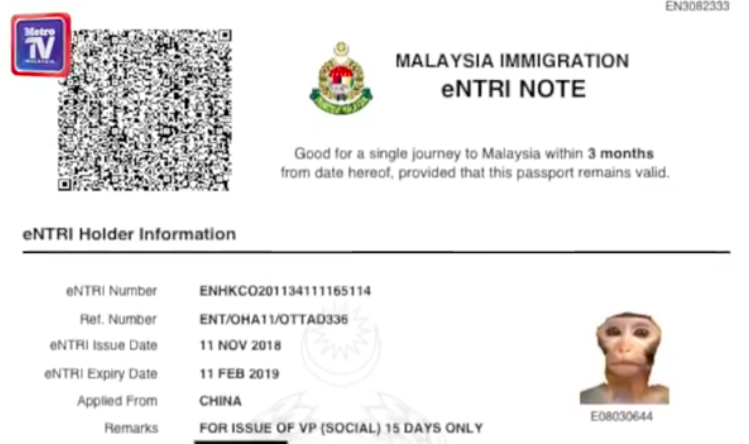 It was understood that ever since this system came into full effect, the Malaysian Immigration Department was excluded from receiving, processing, and approving the eNTRI from Chinese tourists. Everything was handled by the concessionary company.

Hopefully, the new government could take a look into this matter.

You can get the full report from Harian Metro here. 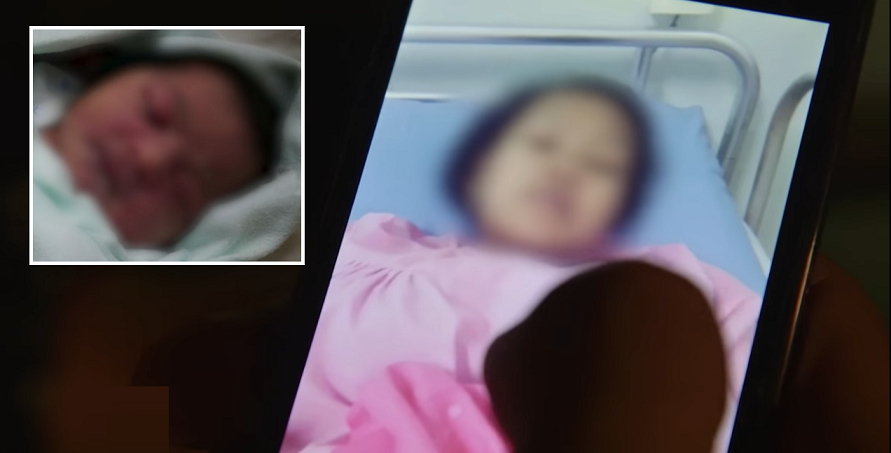