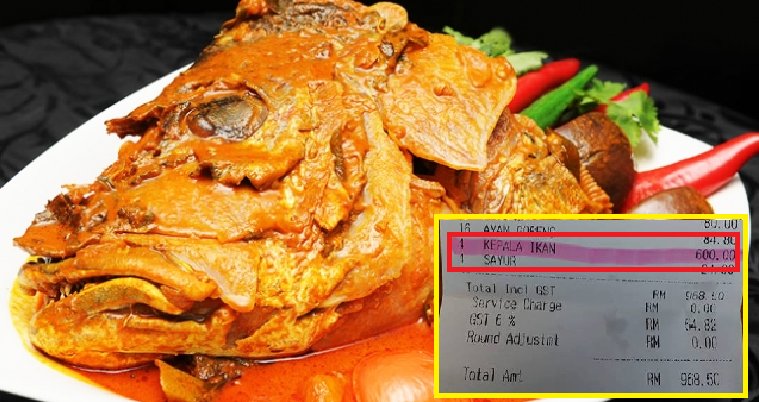 With the rising cost of living these days, we know that it’s getting more difficult to find a cheap meal anywhere but even so, this Malaysian suffered a rude shock when he received a rather exorbitant bill for some curry fish head bowls he had ordered. 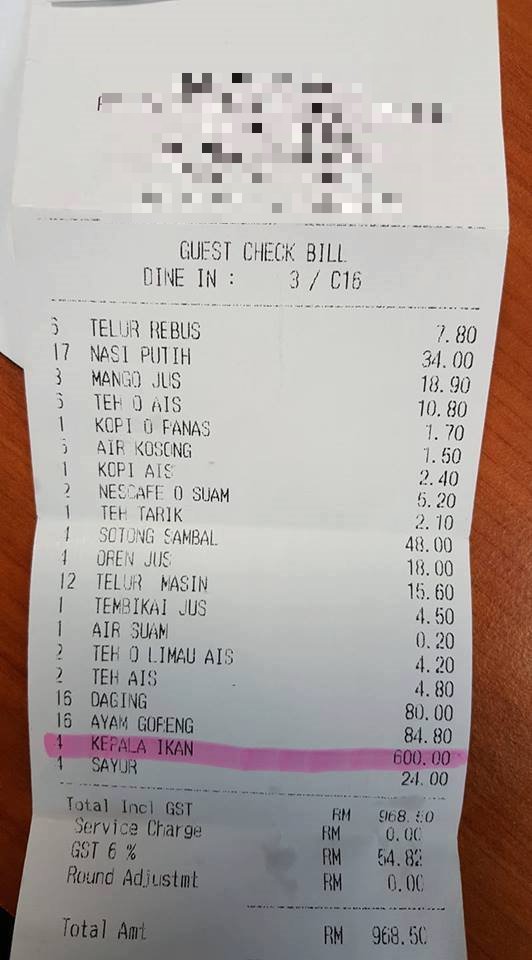 Faudzy Asrafudeen shared his experience in a Facebook post that has gained much attention. He had brought his family and his future in-laws to a famous mamak chain in Kuala Lumpur over the weekend. He said,

“To my astonishment when the bill came, while the rest of the food bill seems reasonable, what surprised me is the cost of the four fish heads which I ordered. I feel that I have been exorbitantly overcharged. What do you all think?” 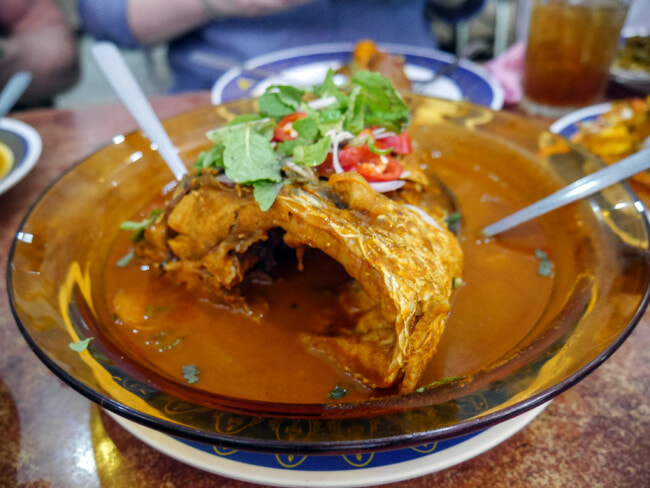 He had ordered four bowls of the fish head curry, which came up to RM600, which works up to about RM150 per bowl. Including the other miscellaneous food he ordered such as rice and drinks, the total bill he paid was close to a whopping RM1,000. Wow, imagine spending RM1,000 at a mamak!

According to The Star, he said that he was very surprised at the bill and did not expect that it would be that expensive. Faudzy said that he had eaten fish head curry before but would usually be charged about RM50 to RM80 per bowl. However, he admits that he should have looked at the menu before ordering to determine the price. 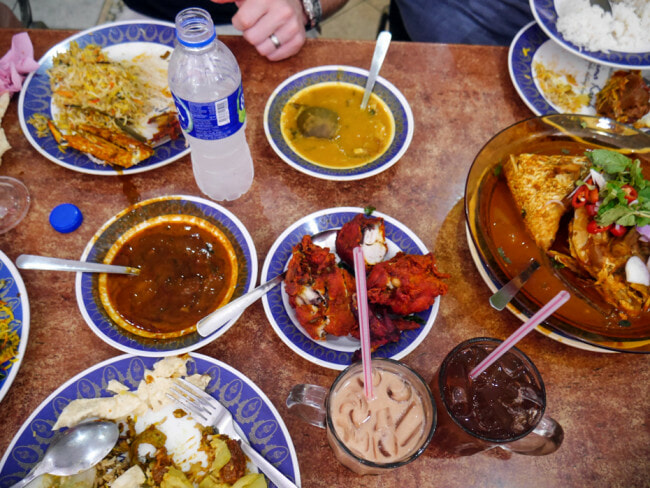 “I didn’t look at the menu because I usually know the average price to pay. Even though I had budgeted for this meal, I was shocked to see the price of the fish head curry there. I asked the cashier to explain the bill to me. He said that the price of the curry depended on the size of the fish head. If the head is big, it will be priced between RM120 and RM150, while the smaller ones would be between RM60 and RM80,” he said.

Although he felt that the charges were excessive, he decided to pay the bill and said that he had no intention to lodge a complaint. His purpose of posting the status was just to remind his friends to be careful before ordering anything and to check out the prices first.

He also speculated that the price may have been more expensive as the restaurant was located in Kuala Lumpur’s Golden Triangle. 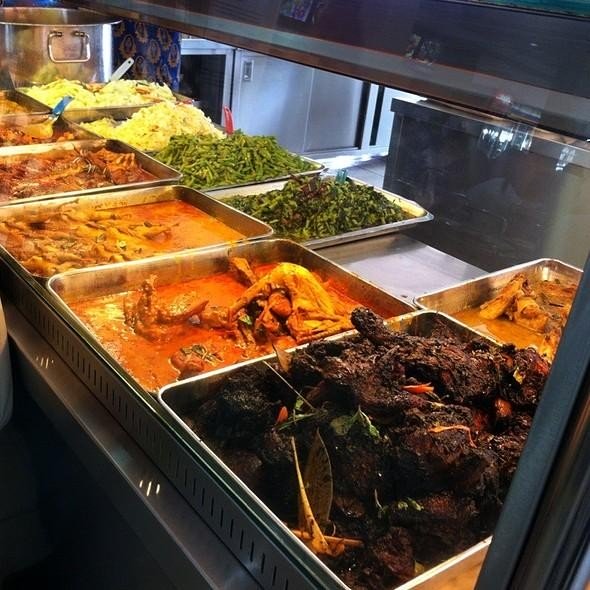 “I decided to just pay the bill. I ate the meal, so there was no reason to not pay the bill. But I want to warn others so that they won’t fall prey to this like we did. If you go to any restaurant, check the menu for the prices before making your order. You need to ask for the menu first, especially if you want to eat fish head curry.”

Nevertheless, Faudzy added that restaurant owners should also inform their customers of the price range of the item when they are ordering to prevent any unpleasant surprises when the bill arrives. Especially for those seasonal prices such as seafood!

What do you think of the price? Reasonable or not? 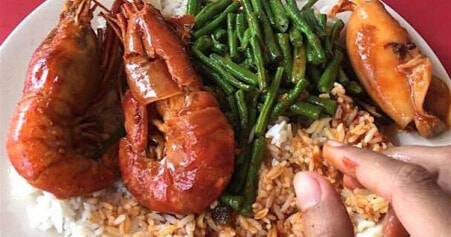