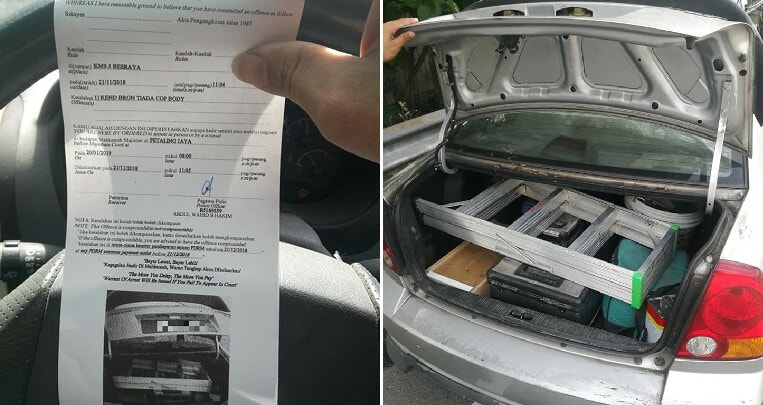 Private cars and commercial vehicles are used for different purposes so if you’re doing business that needs one, make sure you use the correct vehicle for work! A Malaysian man recently shared on Facebook that he got summoned by the police for carrying tools in the boot of his car.

He had vented his anger on Facebook and said, “Can’t I put things in the boot of my car? Why did I get a summon for putting a few tools in my car? What kind of rules has the Transport Ministry created, am I endangering anyone else on the road like that?” 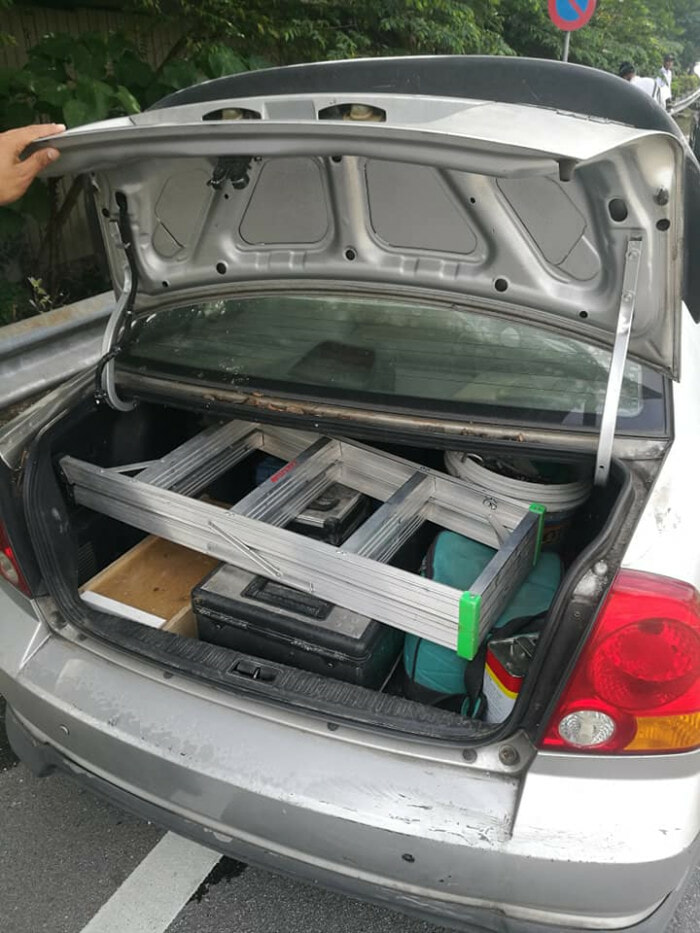 He posted the summon he received and a photo of his car boot, which had a stepladder, toolboxes, a bucket and several other tools. The post has since gone viral but it appears that he has now removed the post.

Although there were netizens who were surprised as they have never heard of this law before, several others came forward and educated the man as it looked like he may have been using the car for his job. They told him that he would need a Goods Driving License and a commercially registered vehicle if he wants to use his car for work.

The incident reportedly happened on November 21 around 11.04am at the Sungai Besi Expressway when he was presumably stopped by the police and they checked his car. 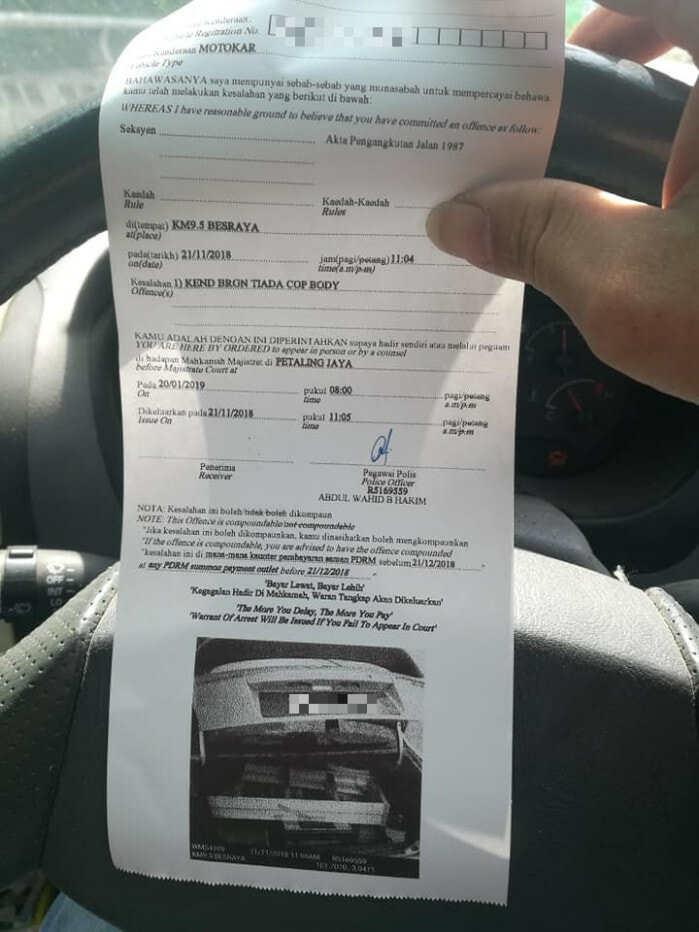 In the photo, the summon said that the man had broken the law as he was carrying goods around without a registered commercial vehicle (kenderaan barangan tiada cop body). China Press reported that Kuala Lumpur Traffic Investigation and Enforcement department chief Asst Comm Zulkefly Yahya said in an interview that the summon was issued by the Petaling Jaya traffic police.

In the summon, it was stated that the man brought commercial goods around in his private car without permission. Actually, this isn’t a new law and can be found under Section 34 of the Commercial Vehicles Licensing Board Act 1987. If found guilty, a person who uses an unlicensed goods vehicle to carry goods will face a maximum of one year in jail, RM10,000 fine or both.

In this case, the man’s summon cannot be settled with just paying a fine and he has been ordered to be in court in January 2019. 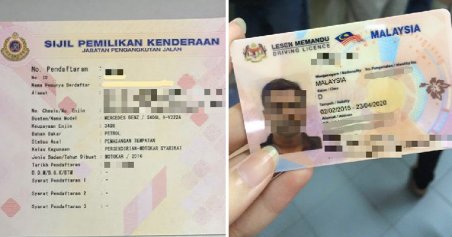