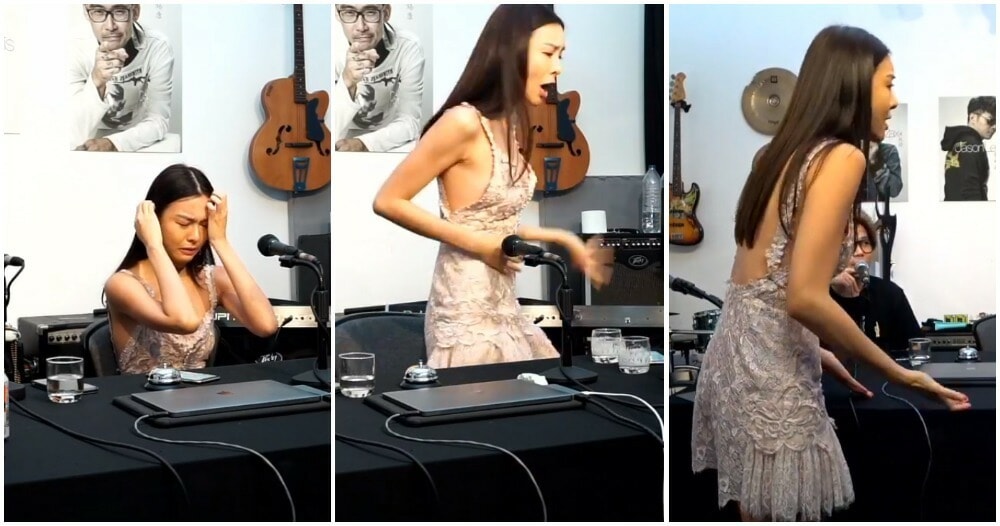 Malaysian influencer, Cathryn Li, was invited as a special guest on a talk show, 正面交鋒 FaceTalk that was hosted by Andy Chan in a Facebook live stream. However, she stormed off during the live interview after she read some nasty comments from Facebook users.

The 31-year-old is a local film actress, but occasionally posts videos of herself playing the piano.

During the talk show, Andy Chan, a music producer, and entertainer were singing a song with the other hosts while Cathryn sat at the table and listened. She occasionally read the comments as they came in, however, her face changed when she seemingly came across a nasty comment directed at her. 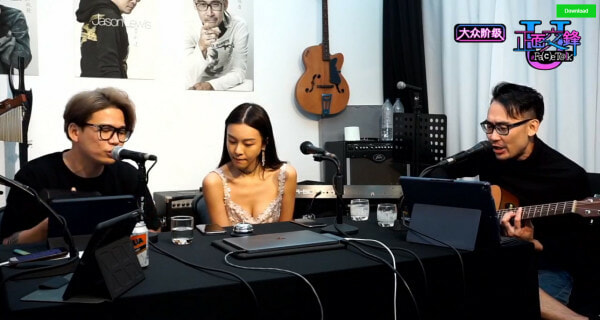 After the song, the host asked her to try playing a Jay Chou song on the keyboard, but she declined and said that she only came on the show to chit-chat. She then mentioned that some people in the comments were criticising her.

As she was getting flustered, the host tried to calm her down. “She just came on this show to have fun listening to songs and to chit-chat, why are people like this?” he said.

But Cathryn went on about how the netizens were all ‘scolding’ her.

“A person who likes music will easily blend into song, instrument or any music but it seems that she has no interest at all.”

“What is she doing there? She looks awkward and bored while trying to find something else to do such as playing with her hair and phone.”

Stormed off from the table

Cathryn said she didn’t want to play the keyboard as she wasn’t familiar with the kind of music they played and wasn’t prepared. She reiterated that she only came on the show to chit-chat. She then questioned her purpose of being there as she felt uncomfortable just sitting there while they played the song.

“I sit at the keyboard, people scold me, I sit here, people ask me what I’m doing, so should I just sit there (behind the camera)?” she exclaimed.

Cathryn then got up and stormed off from the table, and sat in a corner while still airing her grievances.

“I’ll just go. I don’t want to sit there anymore. I don’t serve a purpose,” she said. 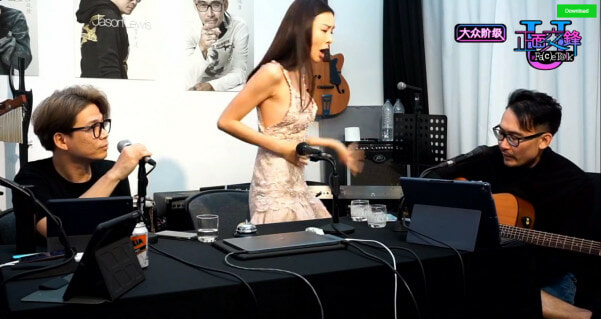 The host then tried to calm her down and told her that there were many other people who were praising and complimenting her as well. But Cathryn refused to be comforted and appeared back on-screen, shouting in frustration.

“You told me it’s an interview and not a live music session. I am just a classical pianist, I don’t know any pop songs. Ever since last time I got so many negative comments, I have been very scared,” she said.

The host and crew said that they understood the situation and that Cathryn had her own circumstances. They wrapped up the show shortly after while Cathryn did not appear on-screen again.

In the YouTube version of the show, Cathryn addresses the issue. She thanks the host for inviting her and said that she wasn’t aware there was going to be a jam session slot.

“I just sat down as it would be awkward to suddenly break into dance right?” she said.

“I also took some videos of them as I wanted to keep them and watch them again in the future. I also wanted to support them by posting it on my Instagram.”

She then thanked her fans for their support and said that she hopes to not disappoint them in the future.

“I appreciate you guys’ support and I hope that after this interview, I will be able to improve and will not disappoint you guys,” she said.

Despite all the nasty comments, there were some netizens who showed their support for Cathryn as well on Facebook.

On the other hand, one netizen said that “cyberbullying is a big problem in Malaysia”, which is a rising concern as many netizens simply do not know how their words can affect others.

WORLD OF BUZZ has reached out to Cathryn Li for a comment but has yet to receive a reply at the time of writing. 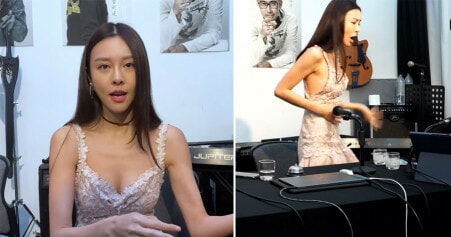