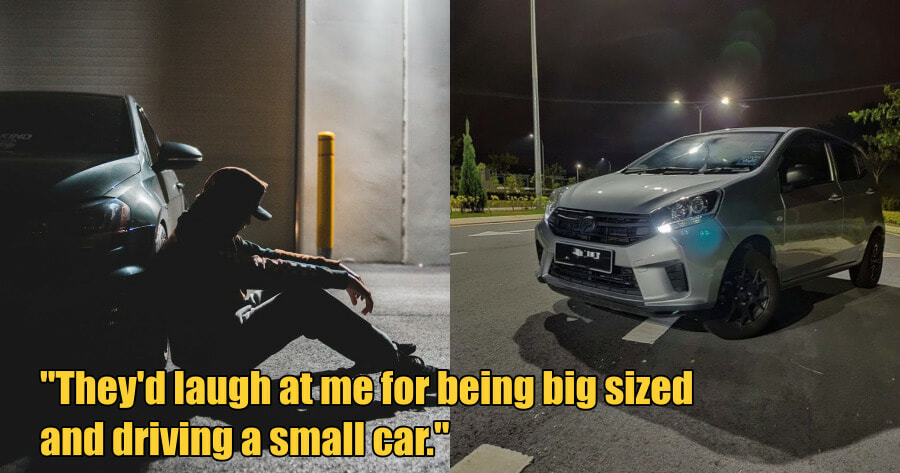 Cars were once a means of transportation, but in today’s superficial society, they also serve as a status symbol.

According to Sin Chew Daily, a Facebook user has shared that he was mocked for driving an Axia.

“This is the car I use to commute to work every day from Nilai to Putrajaya. I travel about 60km every day and I only pay RM250 a month.

RM250 a month equates to having a motorcycle and I thank God that I don’t have to struggle every month, trying to make ends meet.” 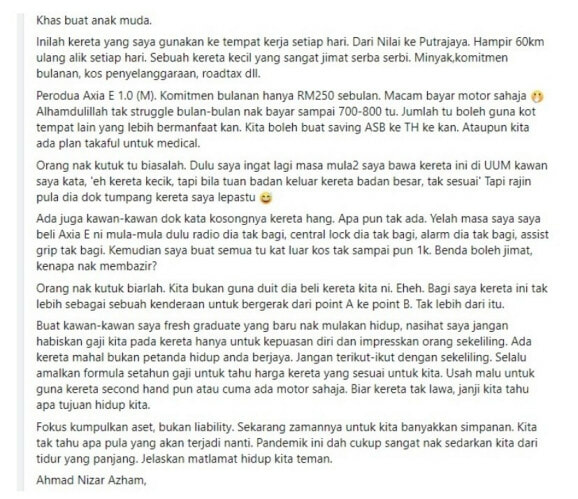 They laugh, but they’d still need a ride

Back when Ahmad was in university, he mentioned that his peers would often tease him for driving an Axia. They’d often say that he is “such a big sized guy but driving such a small car”.

Funnily enough, after they mocked him, they’d still ask him for a ride.

“I remember I was giving this friend a ride and when he got in my car, he kept criticising my car, saying that there are missing parts and that my car ‘wasn’t complete’.

“The Axia I bought was an E class Axia. I didn’t have an auto-lock system, a radio or even an anti-theft system. I sent it to a workshop outside to get the parts installed and it cost me less than Rm1,000”, he added. 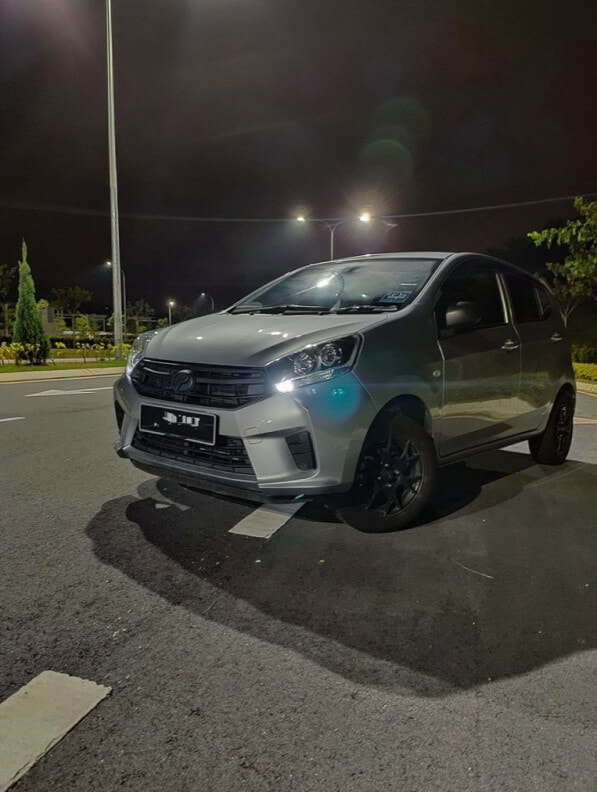 A car is just a mode of transportation

Ahmad mentioned that he didn’t care much about what other people had to say because to him a car is only a transportation mode and not a measurement of success.

“Don’t spend all your money trying to impress the people around you. Instead, just buy what you can afford and work your way up”, he advised.

He also said that the money you saved could be put to better use like purchasing medical insurance or putting it into a savings account.

“Try to focus on your assets than your liability. We don’t know what will happen in the future and it’s best to have some savings for emergency reasons.”

Please be kind to your friends and don’t judge them for their financial decisions, you never know what someone is going through. 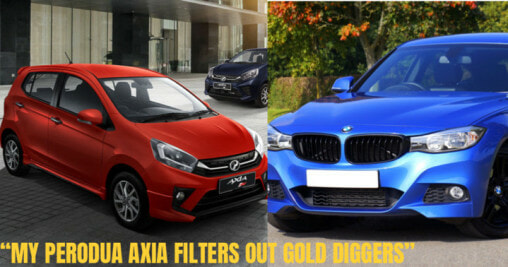