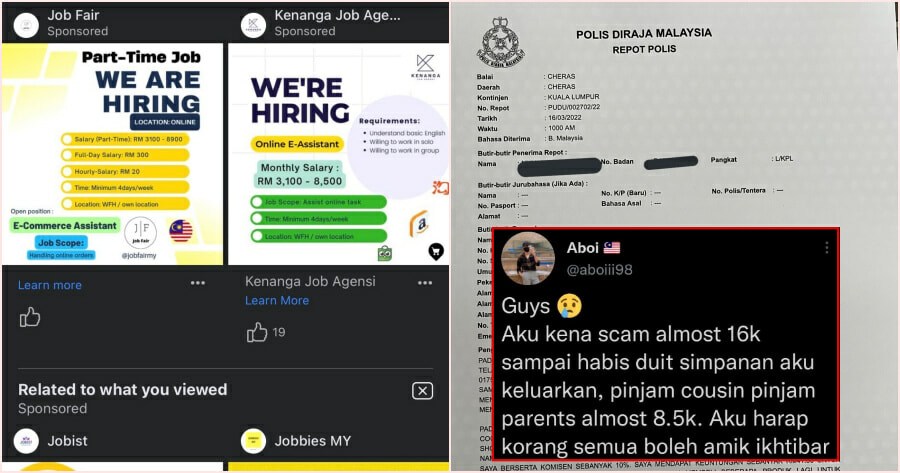 The rise of online technology has given way to much more elaborate scams as online based scams have been on the increase.

Recently, Twitter user Afiq took to the social media to share how he got scammed of almost RM16,000 whilst taking part in a commission based part time job.

In his post, he wrote, “Guys I got scammed almost RM16,000 until I ran out of my savings I took out and had to borrow from my cousins and parents almost RM8,500. I hope you can all learn from me.” 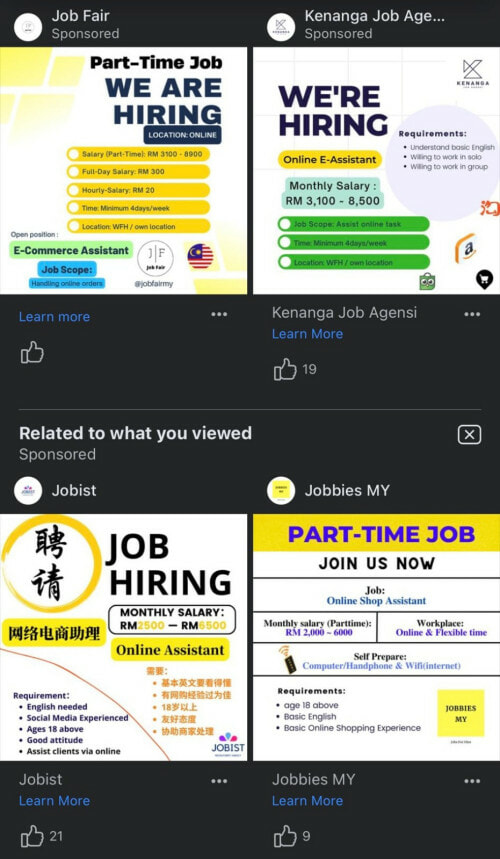 He said that on Monday (14 March) around 8pm, as he was scrolling through Facebook, he happened to encounter an ad which was promoting commission based part time jobs.

Afiq went on to message the contact number included in the ad to enquire about the job.

The person in charge told him that they are an affiliate marketing team which helps small e-commerce merchants to boast their sales and ratings.

The person known as “Sophia” said that the job is as an online purchaser where you would have to follow tasks to buy products assigned by the seller, and you’d get your money back along with a 10% commission within 10 minutes.

“Sophia” then said that if he was interested, he’d be invited into their group for him to observe how other part timers do and how they earn.

Afiq went on to join the group and asked the admin for tasks. 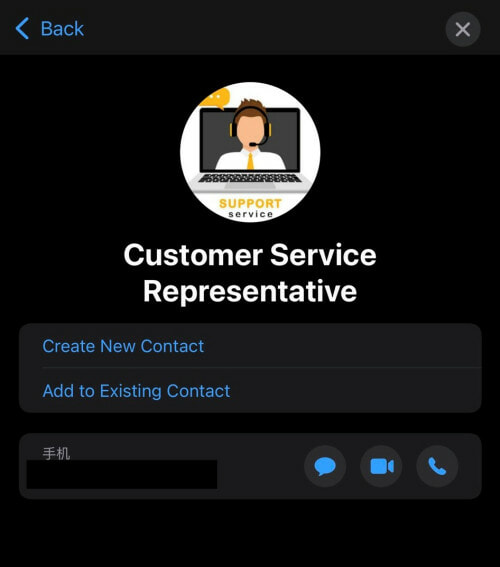 Afterwards, Afiq said that he started on his tasks with every task having a time limit of 10 to 15 minutes.

“I clicked on the Shopee link that they gave me, added the product to cart, and send the screenshot to the admin. They then would pass me a bank account for me to transfer to.”

“I believed it because for the first 2 tasks, I got my money along with the 10% commission. I then proceeded to do task 3,” he explained.

When it came to task 3, Afiq said that it was slightly different because he had to buy 3 items and perform 3 transactions to a different bank account than in task 1 and 2. 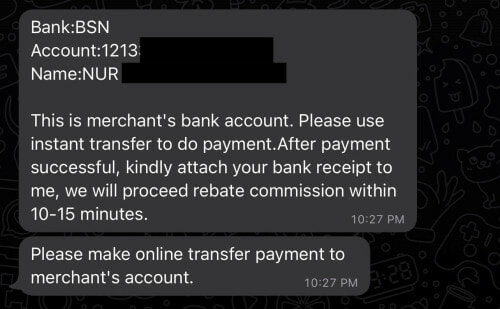 “For task three, I had to make 6 transactions to the BSN account number,” he added.

The transactions were in the amounts of:

“I took too long and went passed the time limit so I asked for a refund without the commission since I did not finish the task but they said that I’ve gone past the time and that I needed to pay RM3,299,” explained Afiq.

“After I paid the RM3,299 penalty, they told me that the system was down and that I’d have to wait till tomorrow (16 March) to continue with the refund process.”

He added that he then realised how foolish it was for him to pay the penalty and to follow their instructions just in the hopes of getting his money back.

“So this morning I went to make a police report at the Maluri police station and had to go up to the commercial office to testify about my case. So PLEASE PLEASE PLEASE BEWARE and don’t be stupid like me.” 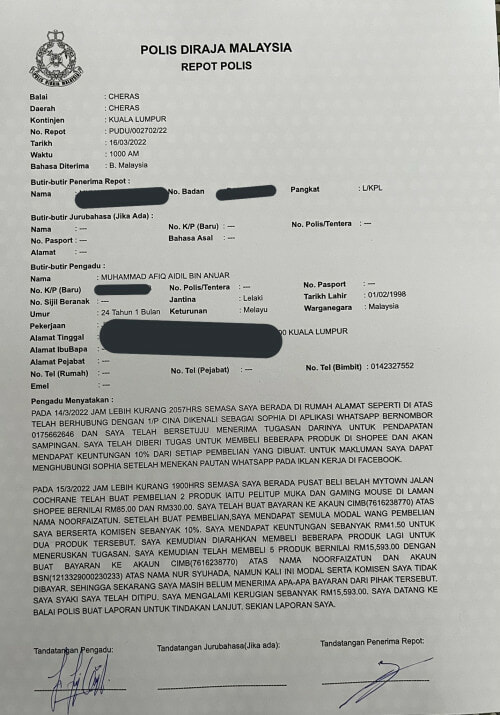 Although there has been no further updates in regards to his case, Afiq thanked all of his colleagues, friends and those on social media who have given him emotional support.

“God willing, money can be obtained again but take this as a lesson. PLEASE don’t go through short cuts and trust things like these.”

Read about Afiq’s experience below:

Have you heard of such an elaborate scam? Let us know in the comments. 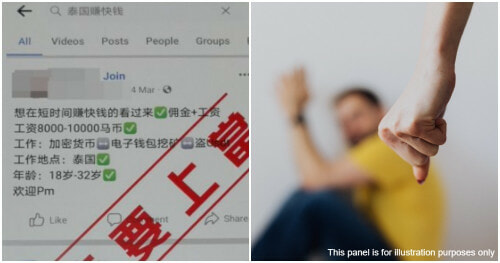