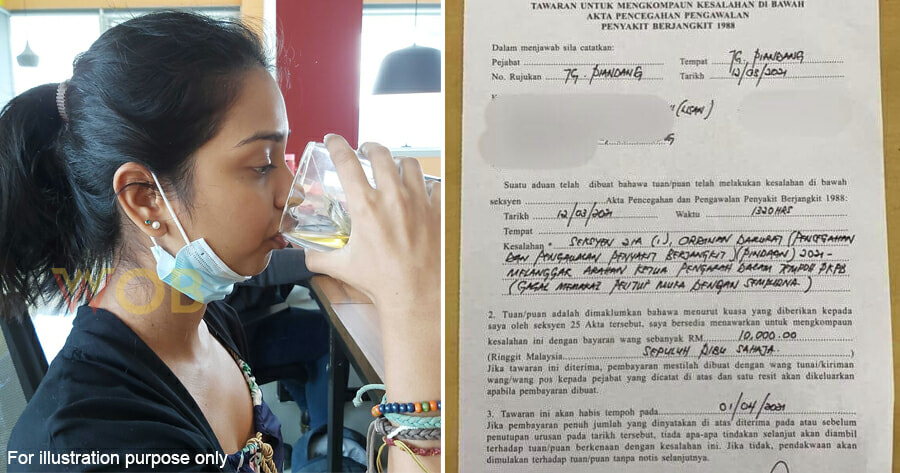 A 45-year-old man was fined RM10,000 for wearing his face mask under his chin at a grocery store last Friday (12 March) at 1.20pm in violation of the standard operating procedures (SOP) during the Conditional Movement Control Order (CMCO).

The police confirmed the case that happened in Tanjung Piandang, Parit Buntar after a photo of the compound issued went viral on social media recently.

According to Kerian District Police Chief, Superintendent Mazuki Mat, the man had failed to wear his face mask properly and only wore it under his chin when entering and exiting the premises, reported Harian Metro.

He added that the compliance team had made proper observations before issuing the compound notice. 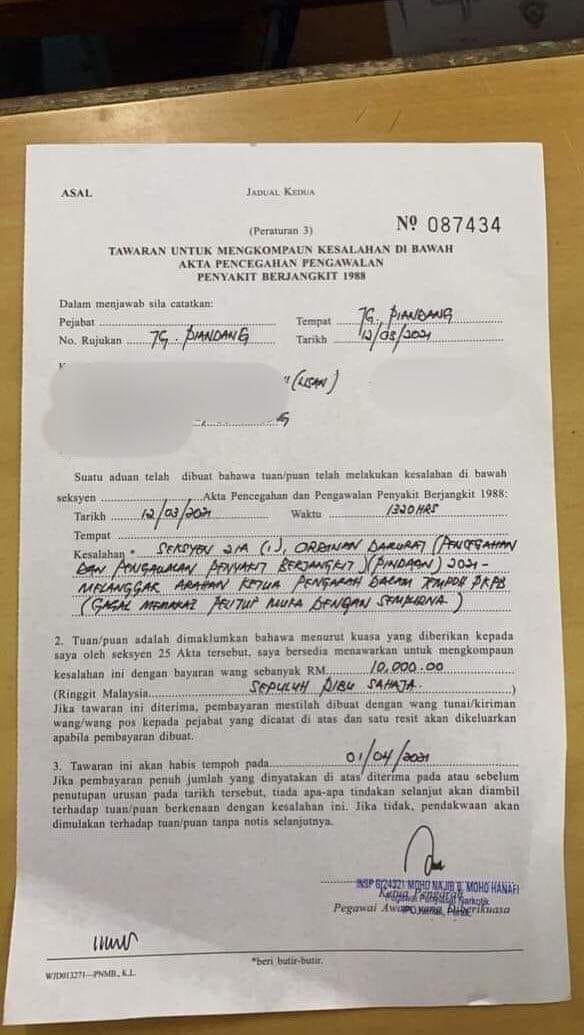 “As provided in Section 21A (1) of the Emergency (Prevention and Control of Infectious Diseases) (Amendment) Ordinance 2021, it states that any individual who violates the SOP during the emergency implementation period can be compounded by RM10,000 effective March 11,” he said, according to Kosmo.

“The police only carry out their duties in enforcing the SOP as ordered to in accordance with the provisions of the jurisdiction that has been gazetted.”

He added that it is unfair that the actions of the police are criticised when they are only carrying out their duties in enforcing the law.

“The police have been empowered and we are only carrying out our duties as we have been instructed and ordered,” he said.

Meanwhile, he added that the man was given an offer period until 1 April to go to the District Health Office (PKD) and meet with the authorised officer to make an appeal.

His team reminded the public to always abide by the SOPs set by the government.

Also read: RM100,000 Fine For Individuals Who Spread Fake News About Covid-19 Or The Emergency 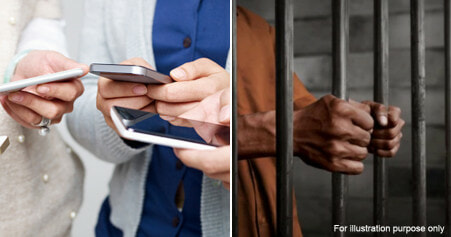