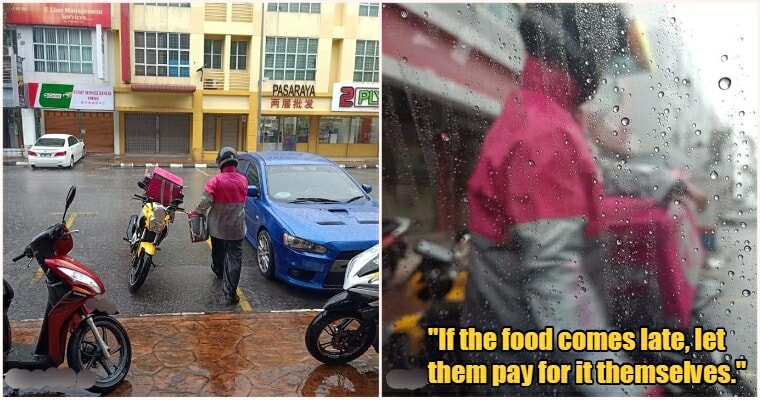 Food delivery riders are also considered frontliners during this Covid-19 Movement Control Order (MCO) because while the rest of us stay at home and avoid crowded and public places, they risk their lives everyday to ensure that we get fed, rain or shine.

So, the least we could do is show a little appreciation for them right?

One woman decided to do just the opposite. Syazwan (@SyazwanAmran) took to his Twitter profile to showcase and call out a comment telling people to choose cash payment instead of paying online when ordering from online delivery services.

She continues by explaining that she does this so that if the food arrives late, even if it is raining heavily, she can choose not to accept the food so that the rider will have to pay for it himself.

Syazwan wrote, “Pity the FoodPanda rider. How rude she is. They are also trying to make a living, they’re willing to endure heat and rain in order to send your food to you and you can say things like that. Riders are people too, they have families. Don’t be so torturous towards them.”

The woman commented, “When ordering from FoodPanda, don’t pay online. Pay with cash. If the food comes late, like after an hour, don’t accept the order. Screw them. Don’t open the door. If they call, say you’ve gone out because you’ve waited too long. Let them eat the food themselves and pay for it themselves.”

Many were not happy with her comment and argued with her, telling her that it is not easy to deliver food in the rain on a motorbike, which is why sometimes it takes a little longer for food to arrive.

The woman refused to back down, adding that riders should just wear raincoats. 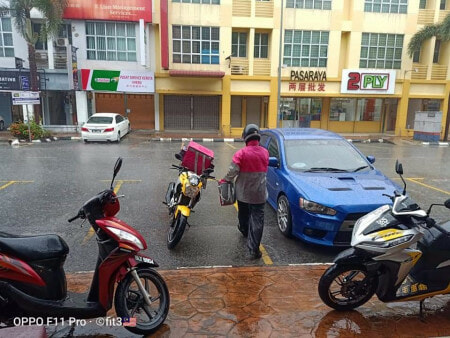 But generally, with raincoat or without, it is still difficult and unsafe for delivery riders to do deliveries the rain as the rain can make it hard for riders to see the road, which will also be slippery.

Hence, it’s only fair for us to be a little patient, especially when it is raining, right?