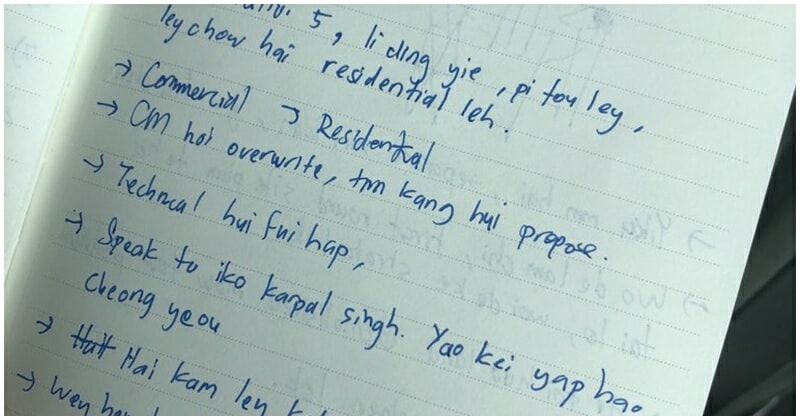 Being multilingual is a trait much revered in the corporate world and can give you a big boost professionally.

But what happens if you are not multilingual? What if you were pushed to speak a language you know nothing of and professional courtesy would require you to respond to it?

One netizen shared such an experience when recounting about taking notes of his boss’s presentation that was done in Cantonese – a language which he knows nothing about!

Talk about trial by fire.

In his tweet, @afiatsuardi writes, “My boss held his presentation in Chinese and here are the notes that I have so far of what he said during the presentation.” 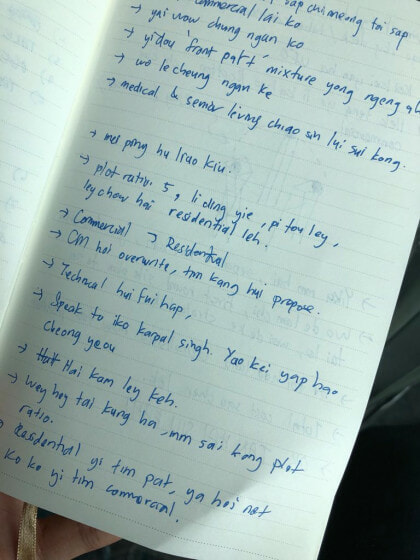 Though unable to correctly spell or write out what his boss said during the meeting, @afiatsuardi relied on pure phonetics to get the gist of the conversation he witnessed.

Netizens who were amazed at his efforts helped him out by translating what the discussion was about.

@shiveringtears writes, “This is Cantonese by the way. Hui fui hap = he/she is suitable. Mm sai kong = no need to say.”

Others began thanking Hong Kong movies and dramas, saying that they were able to understand the gist of the words used like mm sai kong from Stephen Chow movies.

Though @afiatsuardi did not indulge any further as to whether or not he will attempt to pick up the language after said meeting, gold stars should be given for his effort to stay in the know despite the language barrier that he had to face.

Also read: Only in Malaysia: Two Chinese M’sians Communicate in Malay Cause One Couldn’t Speak Mandarin 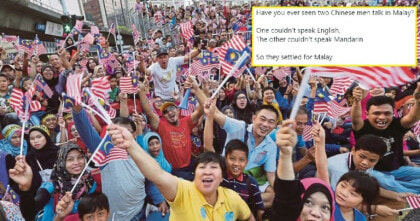