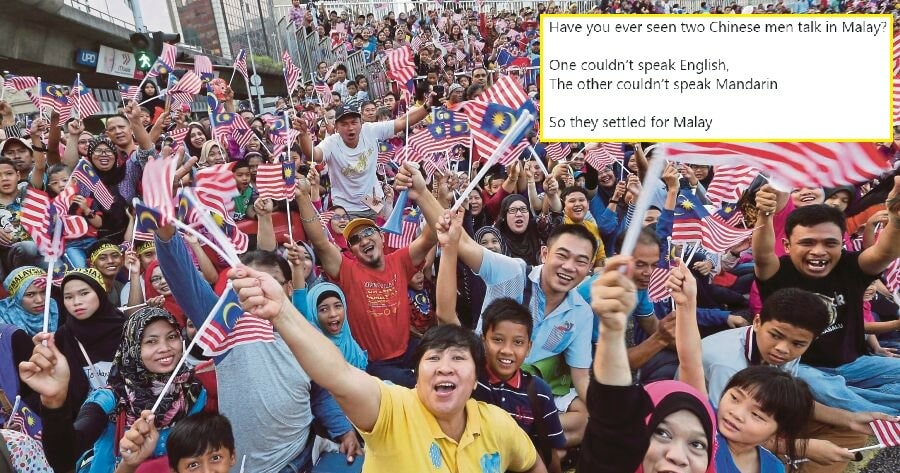 This is both hilarious and amazing!

Malaysia is an ethnically and culturally diverse country, and thus it’s no surprise that each Malaysian can at least speak more than two languages. Hence, English is used as the lingua franca in Malaysia… or so we thought?😉

Even though a vast number of Malaysians use English as the common tongue, some of us still find ourselves speaking the national language when we want to communicate with other Malaysians.

A Twitter user, Az recently shared a hilarious but heartwarming incident where two Chinese Malaysians communicated in Malay because they couldn’t converse in their mother tongue (Mandarin) as one didn’t understand the language. The tweet – which got more than 5,400 retweets and over 8,900 likes – is as shown below:

Have you ever seen two Chinese men talk in Malay?

So they settled for Malay

Following that, many people also shared their experiences of seeing people speaking in different languages other than their mother tongue in order to communicate.

One netizen shared that she once visited an old lady who was of Chinese ethnicity (like her) and tried to speak in Mandarin. Unfortunately, the old lady could only speak in Cantonese and the netizen didn’t understand the dialect; so, they gave up and conversed in BM.

Similarly, a netizen shared an incident with his Indian doctor who had to communicate in Malay with his patient in Malay because the doctor couldn’t speak Tamil and the patient couldn’t speak English.

Another person added that his Chinese neighbours use BM whenever they argue. Amazing! 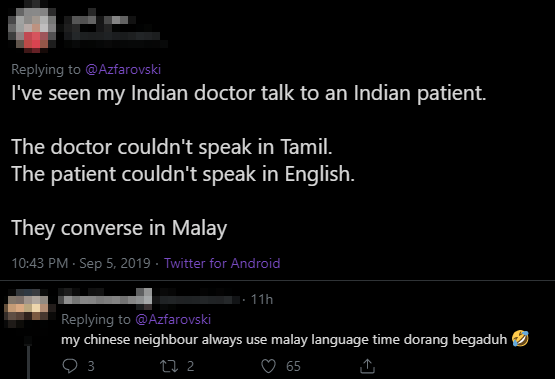 That said, it looks like Malaysians aren’t the only ones that use Malay as a common tongue because another person once saw a Caucasian and Japanese person settling for Malay as both of them couldn’t speak the other person’s mother tongue.

On the other hand, some Malaysians shared how other languages like Mandarin had helped them communicate better with their friends. Here are some of their responses: 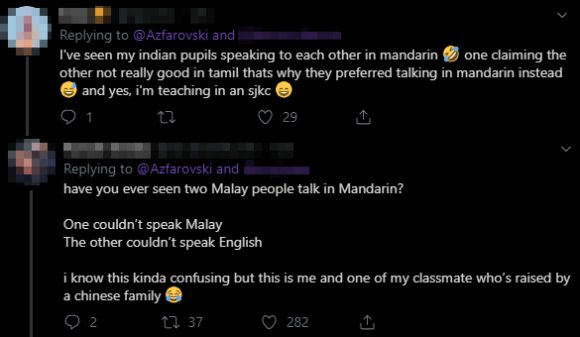 Only in Malaysia, amirite?

The responses under Az’s tweet show that Malaysians are very unified because we always find a way to communicate with our fellow countrymen. Not only that, but this also means that we can speak more than one language. That’s something to brag about, right? 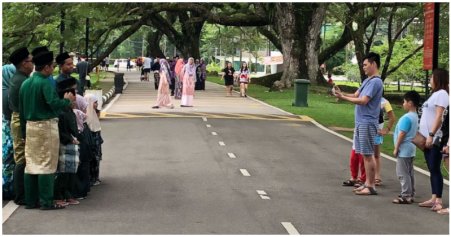