It’s not rocket science, but we know that our parents would really go to the moon and back for us as all they want is for us to be happy. The same goes for this dad who wanted to buy some oden for his 15-year-old daughter, but only had RM3.

This Twitter thread that went viral was posted by netizen @NollyNurlida on the 27th of June. 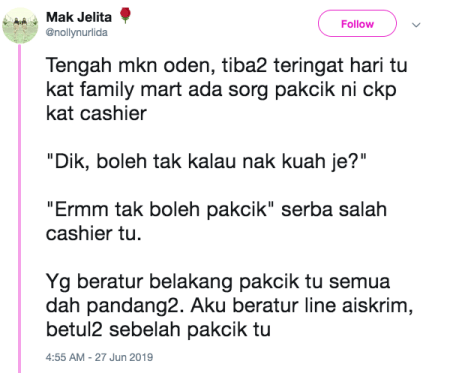 According to the tweet, Miss Nollynurlida was in a Family Mart where there was a pak cik who was asking the cashier whether they could sell him only the oden broth. The cashier felt bad but said that it was not possible. People queuing behind were already looking while Miss Nollynurlida, who was queuing for ice-cream, was right beside the pak cik at that time. 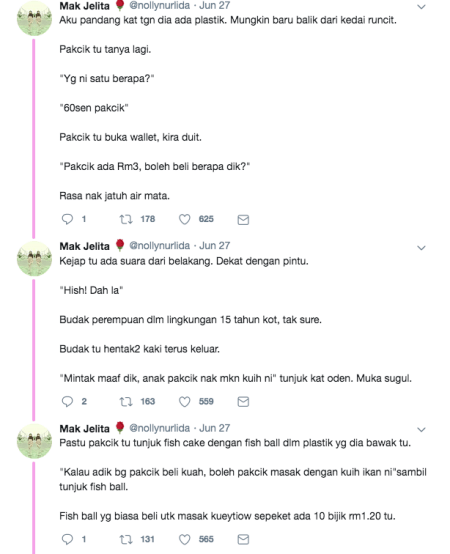 She saw that he was holding a plastic bag. The pak cik asked the cashier for the price of one of the oden skewers, to which the cashier replied 60 cents. He took out his wallet and counted how much money he had. He asked the cashier, “how much can I get for Rm3?”.

Then suddenly, Miss Nollynurlida heard a girl of about 15 years old nearby the door say “Hish, dah la!”, which can be translated to “UGH, FINE!”. The girl then stormed away. The pak cik apologised to the cashier and said that his daughter wanted to eat oden, while looking downtrodden. He showed the cashier the fish balls and fish cakes that were in the plastic bag he was holding, explaining that if he could get the oden broth then he can cook them for his daughter. 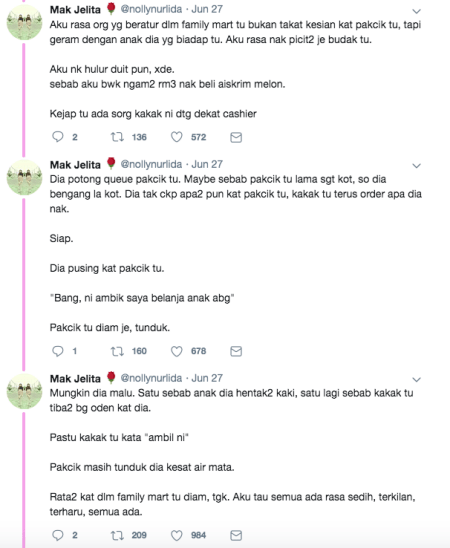 Miss NollyNurlida said that she felt that the people who were in Family Mart at that time were not only feeling sorry for the man but also rage towards his daughter. Suddenly, a woman went to the cashier, bought some skewers for an oden, turned around and gave it to the pak cik. She told him “Bang, take this. This is my treat.”.

The man was silent while looking down. Maybe because he was embarrassed about his child’s tantrum or because the woman just suddenly gave the oden to him. The woman insisted and then he took it. With his head bowed down, they could hear him cry while wiping his tears.

Netizens were quick to comment that the teenager was in the wrong and said that she was not appreciative enough of such a loving parent. They also said that if it was their parents’ they would’ve kena already and that they were grateful for strict parents when growing up.

Another user said that in this day and age we cannot really blame the parents for everything because kids nowadays are more influenced by their friends. There are good parents with rude kids and rude parents with good kids, and vice versa.

We do agree with what the last netizen mentioned. At the end of the day, we should all be appreciative of the efforts that our parents put in to ensure that we live a good life with food to fill our tummies, clothes on our backs and daily necessities. If you haven’t been seeing your parents, please make sure you do, as soon as possible. 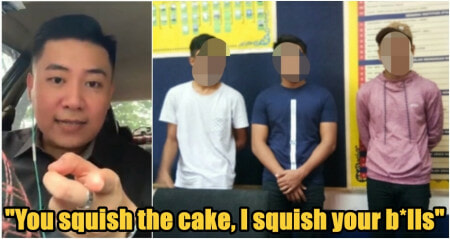