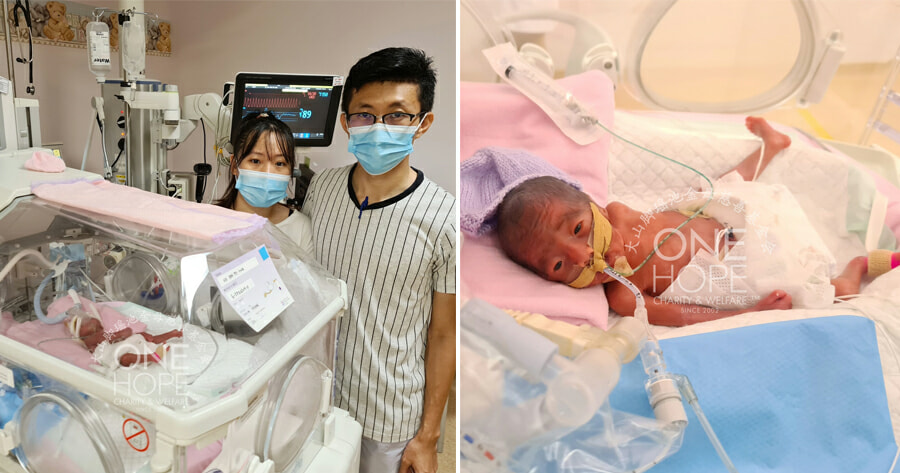 A Malaysian couple had to have their baby in Singapore after they couldn’t make it back to Malaysia in time for the delivery. The baby girl had only been in the womb for 24 weeks, but due to some physical complications, she was born prematurely.

Weighing only 670 grams and with a body size as big as a palm, Eloise Ang Xuan Rui continues to fight for her life while her parents are not willing to give up on her. However, the doctor advised that Eloise must stay inside the incubator for a few more months which will cost an additional RM1.2 million for the medical expenses. 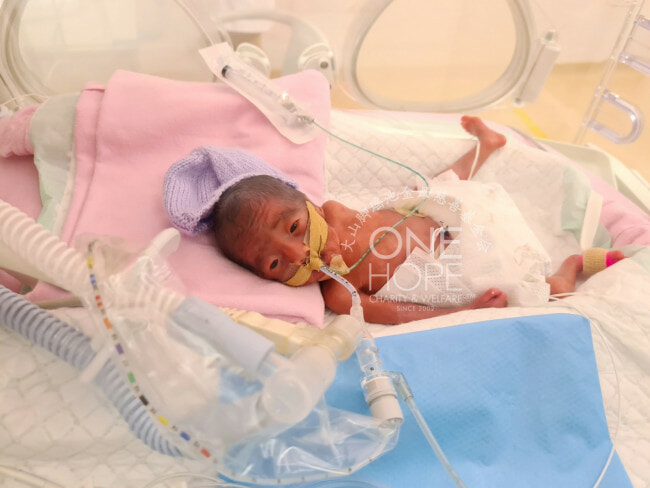 Flew to Singapore for work

Ang Theam Seah, 32, and Koh Pei Ying, 29, got married on 20 May 2020. Shortly after, the couple flew to Singapore for work. Koh became pregnant with Eloise near the end of 2020 and was planning to return to Sungai Petani, Kedah when she was eight months pregnant to deliver the child.

However, on 19 February, Koh, who was only 24 weeks pregnant began experiencing abdominal pain and went for a medical checkup. The doctor only prescribed her with maternal-fetal medicine and she was taking the medicine according to the doctor’s orders.

Two days later, Koh felt abdominal pain again and rushed to the hospital for a checkup. At that time, she had already dilated by a few centimetres. The doctor injected her with gesterol in hopes that her child would continue to stay inside the womb.

Koh’s condition continued to worsen and was given another shot, but her vaginal opening continued to dilate until it was wide enough for her to give birth. At 3am on 22 February, Eloise was born and placed in NICU (neonatal intensive care unit) for incubation immediately.

Eloise would have to be in incubation for about 160 days and can only leave on her expected date of delivery and when her condition becomes stable.

Being born in less than 28 weeks, Eloise is deemed as a “micro preemie” who needs to be constantly monitored with the utmost care. Her skin is almost transparent that her bloodstream can be seen with the naked eye. And because she was born at only 24 weeks, many of her organs have not fully developed, including her lungs and her brain.

As of now, Eloise is unable to breathe on her own and needs breathing assistance, but nevertheless, the appearance of her body is fully developed. 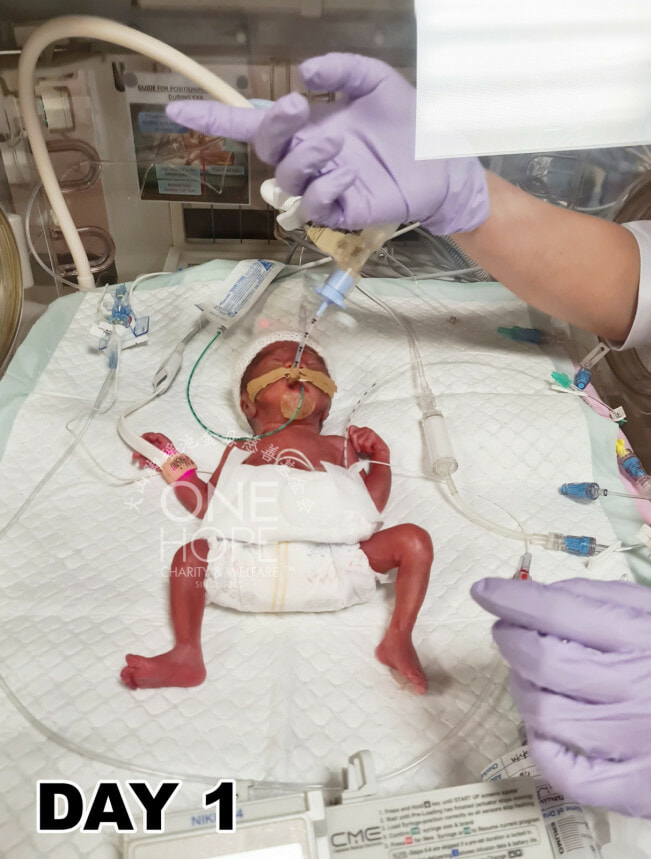 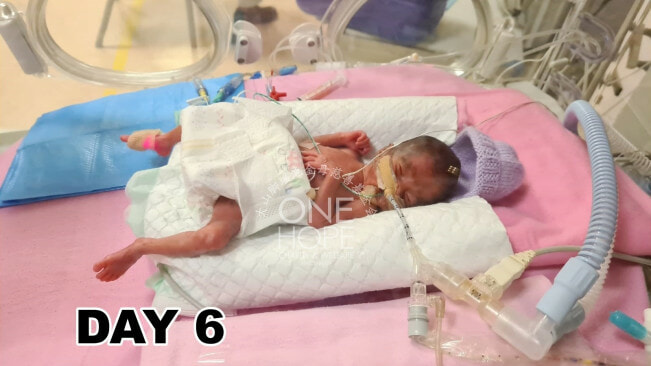 Reaching out to One Hope Charity and the public for help, the couple is hoping to raise RM1.2 million for little Eloise. 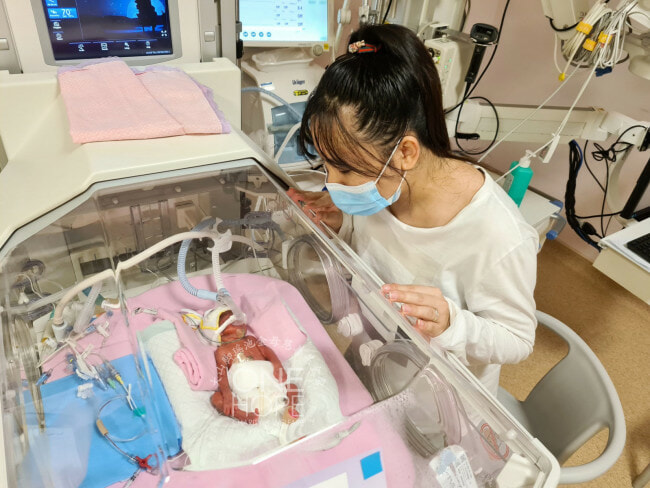 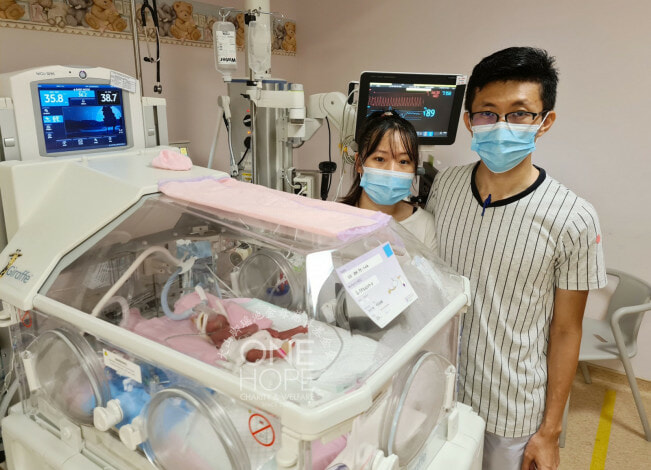 The father, Ang Theam Seah, works as a coordinator at a construction company in Singapore with a monthly income of SGD2,700 (RM8,230), while his wife, Koh Pei Ying, works in customer service for a loan department in Singapore, earning SGD2,768 (RM8,437).

After reviewing the case, One Hope Charity agreed to launch a fundraiser and has since successfully raised RM1,202,141 with 7,901 donations!

We hope Eloise will continue to grow healthily in the next few months and that her parents will be able to take her home soon! 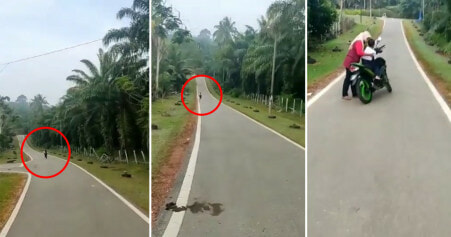