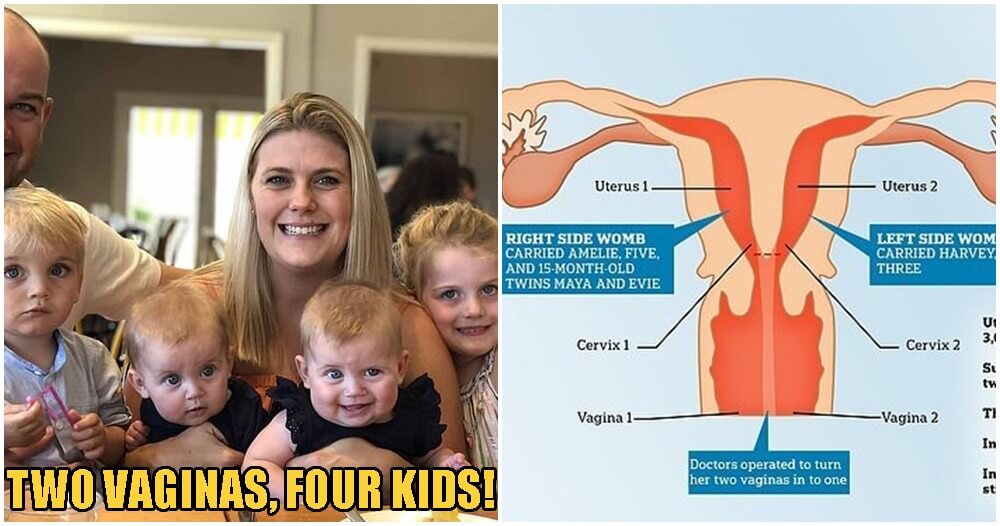 She was apparently told that she might never become her mother because of her rare physical condition. But she defied those odds and successfully gave birth to four children!

The miraculous 34-year-old Australian mother of four goes by the name of Lauren Cotter, and at just 16 years old, she was diagnosed with uterus didelphys, a rare condition which affects only 3,000 women across the globe.

According to Daily Mail, the condition occurs when the uterus fails to fuse properly during development in the womb. As a result, Cotter was born with two uteruses, two cervixes and yes, two vaginas! 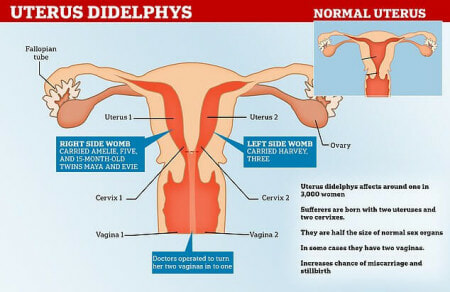 Since her wombs and cervixes were half the size of an average woman’s, Cotter was told that carrying and giving birth to children would be an issue.

But the Melbourne-born primary school teacher and her 33-year-old husband, Ben, knew they wanted kids.

“From quite early, on Ben and I discussed having children and it was clear that he really wanted to be a dad. I knew I had to be open and honest and tell him that might not be a possibility for me.”

While the odds weren’t in their favour, the couple still underwent several successful pregnancies and ending up becoming parents to five-year-old Amelie, three-year-old Harvey, and adorable 15-month-old twins, Maya and Evie! 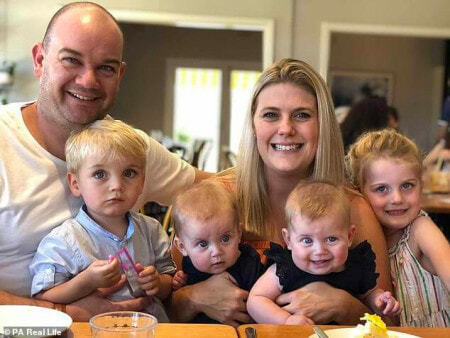 She reportedly carried all the girls in her right womb, while her only son, Harvey, grew in her left.

Cotter says she actually didn’t have any difficulty falling pregnant, telling the publication,

“Actually, we have found it easy to fall pregnant – I am not sure why, or if it has anything to do with my two vaginas.”

Nonetheless, she was told that miscarriages and stillbirths were still likely to occur given the size of her wombs. As she braced herself for the worst, Cotter and Ben were shocked to find themselves pregnant after just a month of trying for a baby! 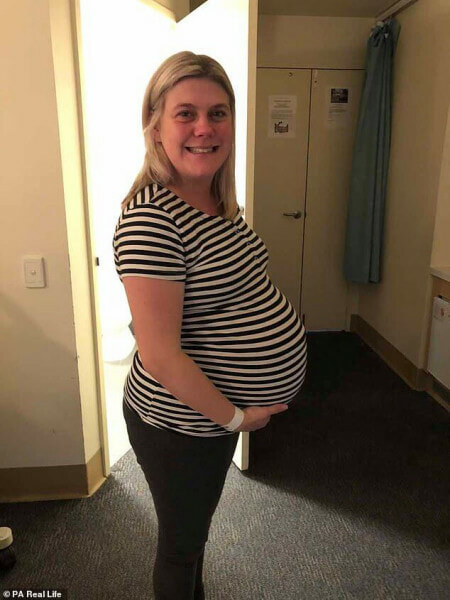 “We decided to give it a go, and just see what would happen. We knew it might be a bumpy road and tried not to get our hopes up too much.

Just a month after we started trying, I bought a stack of pregnancy tests and started taking them weekly.

I couldn’t be sure, so I took a test each morning that week, and each day the line got darker and darker until I was sure – we were pregnant.” 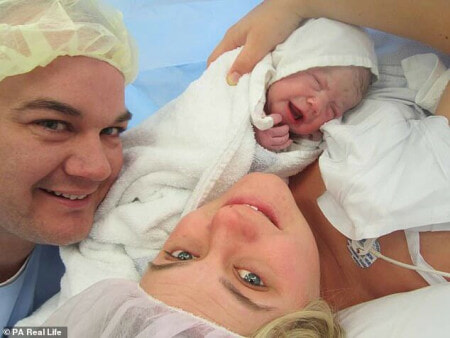 Her first pregnancy went smoothly and baby Amelie came into the world via C-section. The couple soon tried for baby number two 18 months later, and Harvey was born!

Being a young mother of two, Cotter said she decided to have a contraceptive implant, as advised by her consultant.

The implant was supposedly 99% effective but Cotter again proved that she was an exception to the norm. Just three weeks after the contraceptive was fitted, she was pregnant again with twins! When asked whether the recent pregnancy surprised her, she said: 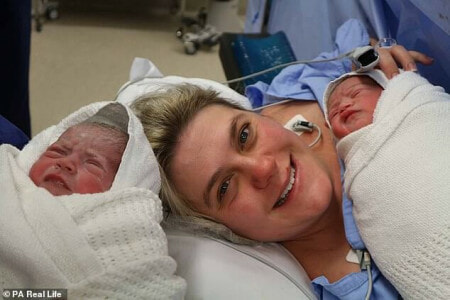 “Shocked doesn’t begin to cover it. During 17 years together, Ben and I had only ever got pregnant when we’d planned it. Now, here we were, having surprise twins.”

Maya and Evie were born just after 37 weeks and while they initially seemed healthy, drama began to unfold as Evie faced difficulties breathing and was sent to the ICU.

Soon, an X-ray of her lungs revealed that she had congenital diaphragmatic hernia, which happens when a baby is born with their intestines inside the chest cavity. As a five-day-old baby, she had to go through a keyhole surgery and doctors warned Cotter that there was a limited chance of survival.

Nonetheless, Evie, like her mother, defied the odds and fully recovered! The 15-month-old twins are now the centre of the family’s “crazy, hectic and amazing” life.

Wow! miracles really do happen. What do you guys think of this supernatural phenomenon? Let us know in the comments below!

Also read: 55yo Woman Fakes Pregnancy & Kidnaps Own Grandson so that New Boyfriend Won’t Leave Her 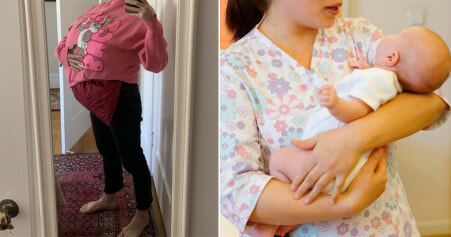