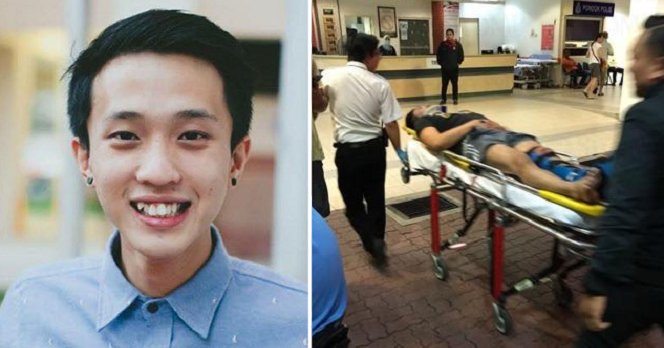 The recent news of a young Singaporean being denied treatment at a Johor hospital until a deposit was made has gone viral as it had drawn the ire of netizens everywhere due to the young man tragically succumbing to his injuries and passing away. RIP, Justinian. 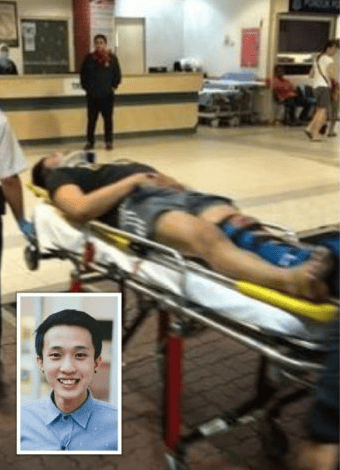 However, before you start slamming our beloved Bolehland, things may not be as clear cut as what was reported by The Independent SG. Due to the heavy amount of backlash that the hospital and incidentally our Ministry of Health (MOH) has suffered, they have released a press statement about the untimely death of poor Justinian to clarify matters.

It reads, “the MOH would like to stress that there were no delay or demand for payment before treatment of this gentleman by Sultanah Aminah Hospital (HSA) Johor Bahru.”

They also referred to the allegedly slow response time by the ambulance which reportedly took about 30 minutes to arrive on the scene when the journey would only have taken about 10 minutes. 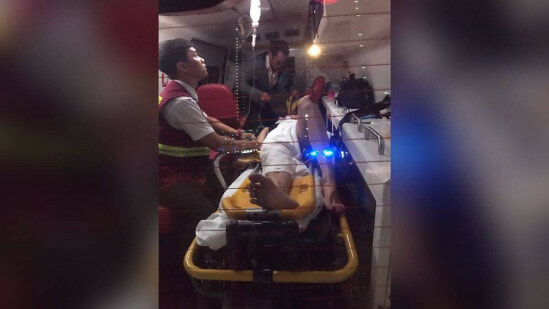 “From the ambulance service records, it was noted that the emergency call was made at 2:57 AM on the 25th August 2017. The ambulance left HSA at 2:59 AM, arrived at the scene at 3:10 AM and departed from the scene with the patient at 3:15 AM. Kudos to the ambulance call services for a very timely response, with despatch time of two (2) minutes and response time of 13 minutes.”

They continued, “In view of his critical condition, the Singaporean man was admitted to the Red Zone upon arrival at the Emergency Department. Immediately, the emergency treatment as per the Advanced Trauma Life Support (ATLS) protocol was continued, which was already initiated by the ambulance team earlier.” 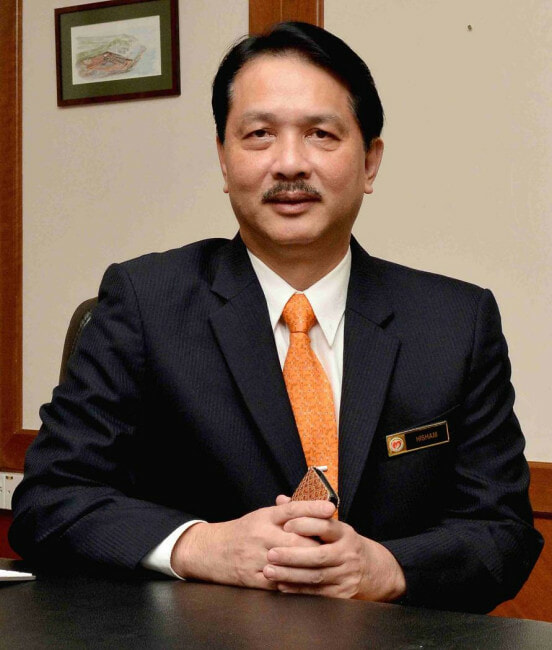 MOH explained that the medical personnel in the hospital did not ask for deposit payment at that moment since it was an emergency case.

“In view of the injury to his brain, the patient was referred to Neurosurgery team, and urgent decompressive craniectomy plus removal of clot and intracranial pressure monitoring was planned without demand for any deposit payment. Subsequent to this, the family members arrived, and only then they were requested to make deposit payment as per protocol for foreigner patient; but it is important to note that the emergency imaging and treatments required were not withheld or delayed.” 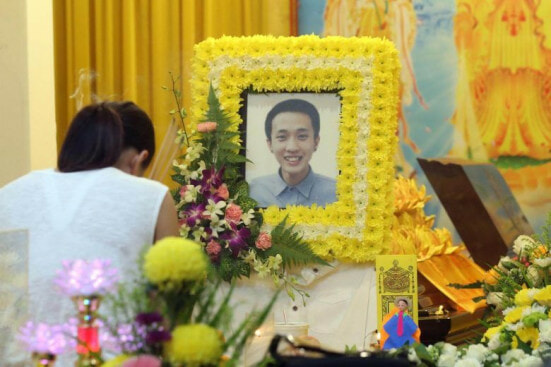 “However the family members opted for discharge at own risk (AOR discharge) and arranged for admission to a hospital in Singapore after understanding the risk involved of further delaying the surgery.”

MOH stresses in their press statement that they value lives and would not do such a thing.

“The MOH has always value life and does it utmost best to treat any patient, regardless of their background or nationality. This is in line with MOH ethos and corporate culture of “Caring, Professionalism and Teamwork”.” 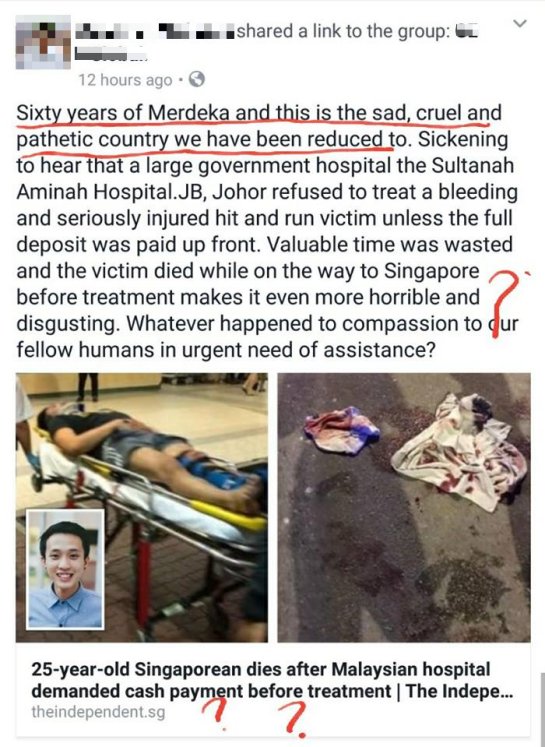 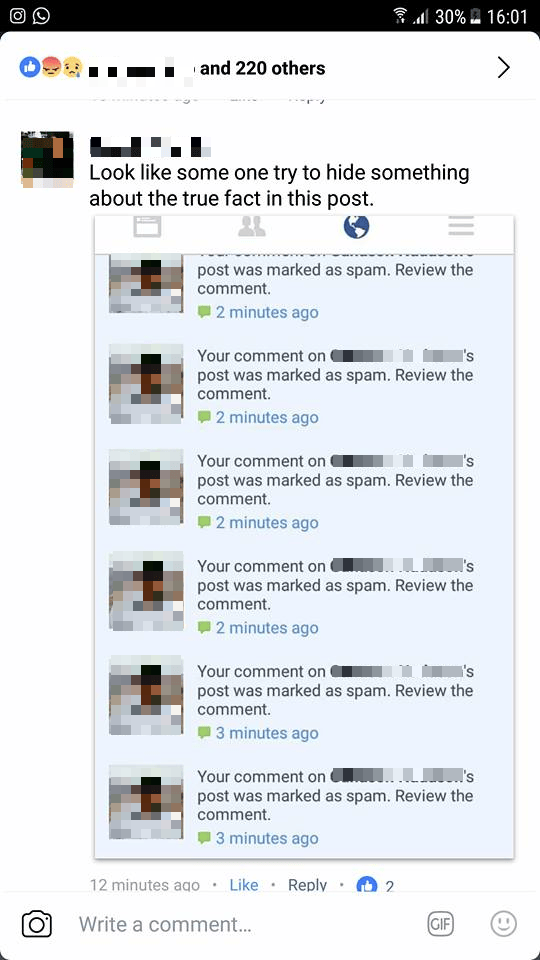 A netizen also shared MOH’s statement in a Facebook post which criticised other users not to be so quick to judge. Apparently a particular netizen who shared the Independent SG’s article also reported all the comments with the links to MOH’s statement that other Facebook users posted on his status. Eh, why lah?

Kudos to MOH for clearing this up for us so quickly! 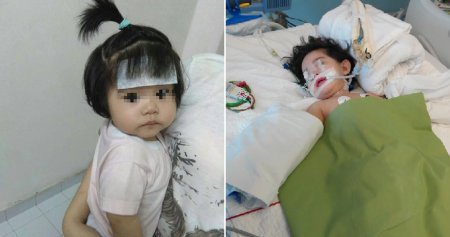