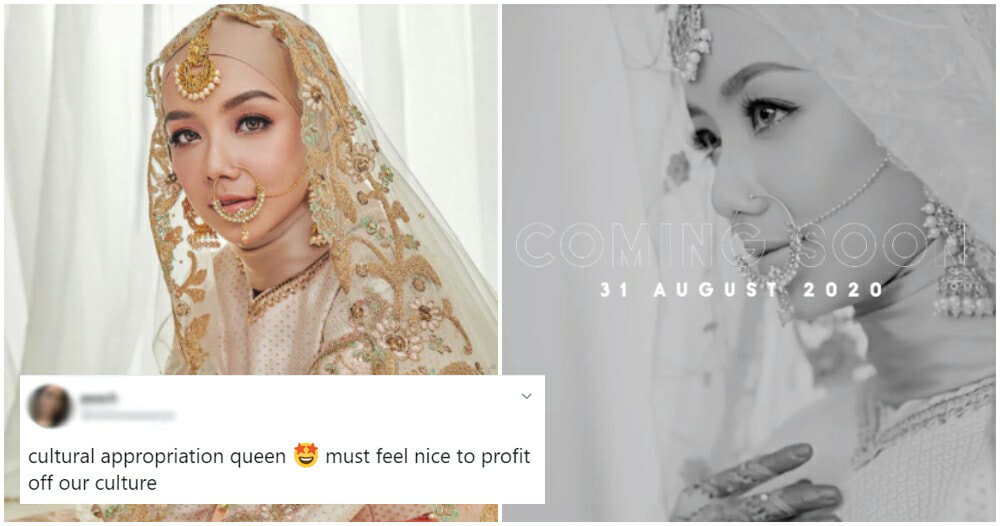 Cultural appropriation is a topic that has been debated fiercely over the years. Is it a crime or is it simply honouring each other’s cultures?

To promote her new coloured contact lens, Lavue, the actress released images of her promoting the lens while decked in a traditional Indian ensemble.

She also released a music video of her in the ensemble ad-libbing to a popular Indian song and captioned the post as “People are too quick to pass judgement and too slow to self reflect.”

People are too quick to pass judgement, and too slow to self reflect. The new Lavue lens collaboration! 🎶 Maar Dala – Devdas. @lavue.co #lavuexmf

Now, if you happen to take a look at Twitter, you’d notice that Mira Filzah is trending and Malaysians are split in half while half believe that she is profiting from the Indian culture while the other half thinks as a Bollywood fan, she’s simply honouring it. 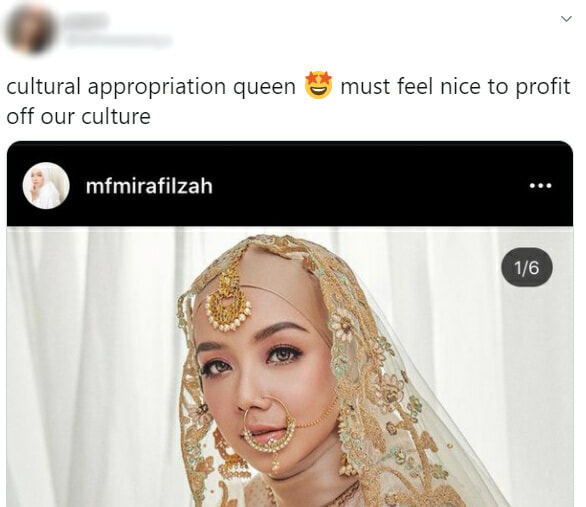 The Twitter user proceeded to explain that it’s okay to wear these traditional outfits for a wedding or functions but profiting from it is where the line is drawn. 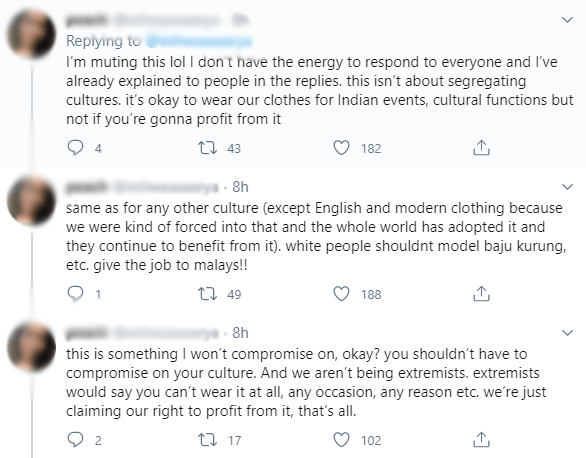 “You shouldn’t have to compromise on your culture. And we aren’t being extremists. Extremists would say you can’t wear it at all, any occasion, any reason etc. We’re just claiming our right to profit from it, that’s all.”

However, netizens came to Mira Filzah’s defence and said that what she did wasn’t in any way cultural appropriation but instead it is cultural appreciation!

“It would be “appropriation” if Mira Filzah ever hated or insulted Indians. Don’t think she has done that. Just stop, it’s Merdeka soon, we should all just vibe.”

One hour ago, Mira Filzah herself replied to the thread and explained her part. She explained that she’s always been a fan of Bollywood since at a young age and it’s always been her dream to wear a full lehenga set just like Aishwarya Rai and Madhuri Dixit. 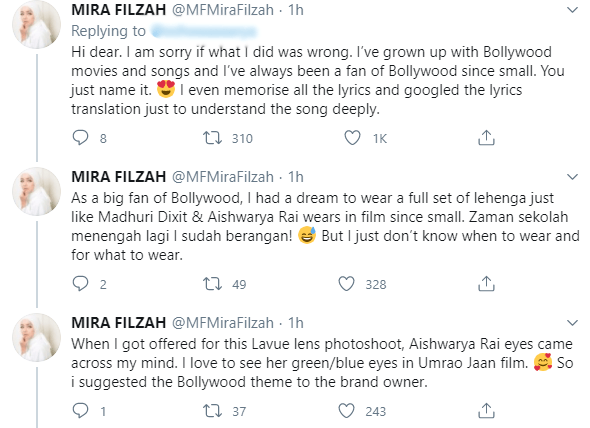 She added that when she was offered the lens shoot, the image of Aishwarya Rai in a film came to her mind which is what led her to suggest a Bollywood theme to the brand owner.

“Again, there’s no intention at all to gain any profit by my own from the Indian culture itself. I’m just a die hard fan of Bollywood and I am sorry if you think what I did was wrong.”

The Twitter user also responded to the apology and apologised if the tweet brought her hate. However, the Twitter user added that probably in the future, she can talk a little about the Indian culture before she dons the clothing and perhaps even use some Indian models. 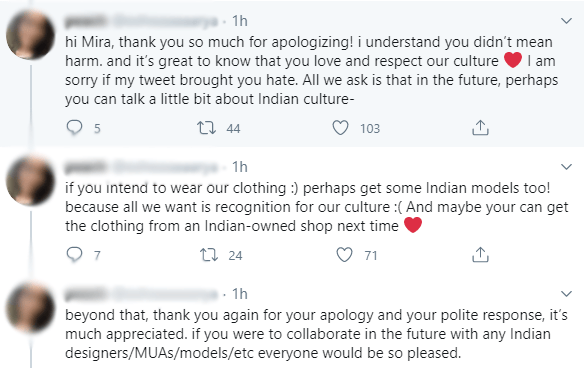