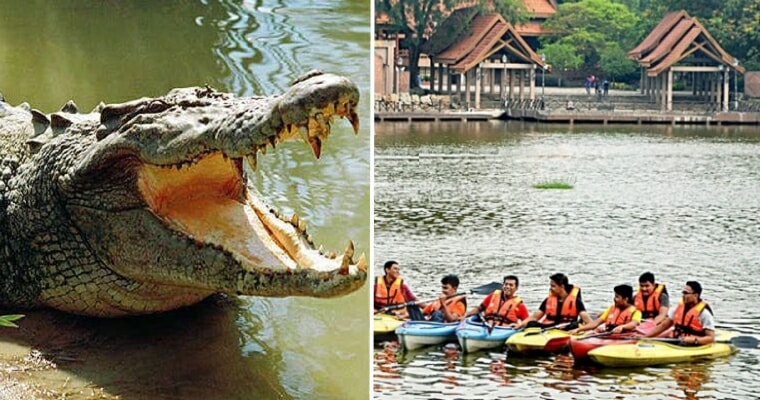 The Department of Wildlife and National Parks Peninsular Malaysia (PERHILITAN) has issued a public warning regarding a metre-long crocodile spotted in the lake today (22 Feb) at the Shah Alam Lake Gardens at Section 14, reported Kosmo!. 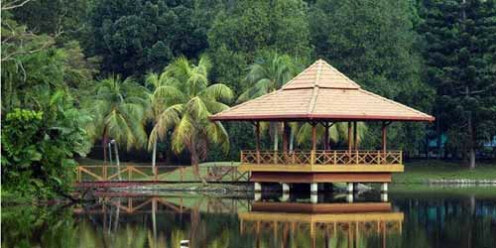 Director of State Affairs Abd. Rahim Othman said that initial investigations concluded that the crocodile was dumped into the lake by irresponsible individuals. This is because the lake is not the crocodile’s natural habitat. Furthermore, there have been no reported cases about any crocodiles before.

“It would have been quite difficult for the roughly one-metre crocodile to enter the lake naturally as the lake is far away from the main rivers,” Rahim said.

“We believe that some irresponsible person has released the reptile into the lake. The investigation is still ongoing and so far, the crocodile has not yet been captured,” he added.

He mentioned that they’ll be monitoring the lake for the crocodile so it can be safely captured soon. “So far, our members are keeping an eye on the lake, and if there’s a need to deploy traps and nets, that’s what we’ll do,” Rahim said.

He also advised the public to be cautious when around the lake, even though the crocodile does not pose a threat to visitors. 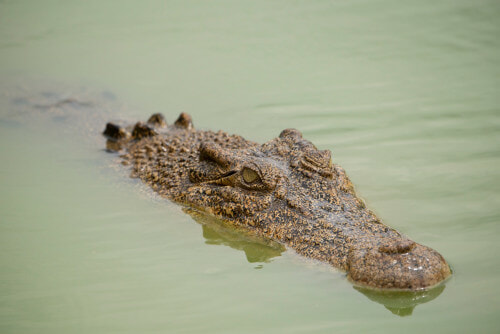 According to the report, firemen were dispatched to the scene after a call came in about the crocodile at 9.30am this morning. The firemen then confirmed sighting the crocodile in the middle of a lake near a water pump. They have promptly handed the case over to PERHILITAN for further action.

While a one-metre crocodile is nothing to panic about, we would like to caution any of our readers who frequent the Shah Alam Lake Gardens. As visitors go there for various activities from having picnics beside the waters to straight up kayaking in the lake, it would probably be best to err on the side of caution in case of any scaly surprises.

Given the fact that crocodiles are extremely aggressive coupled with a growth rate of 0.3 to 1.2 metres a year, we really hope they find the wayward croc soon! 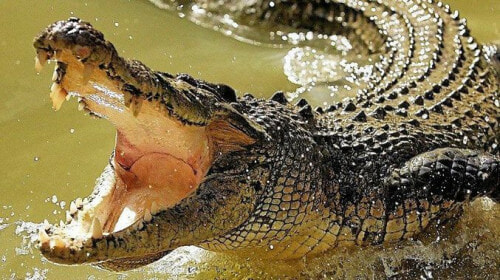 Yikes! If you are heading to this lake for a paddle this weekend, you may want to put that plan on hold for a while! 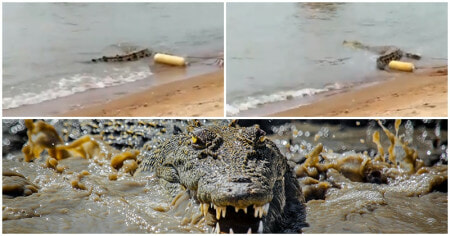