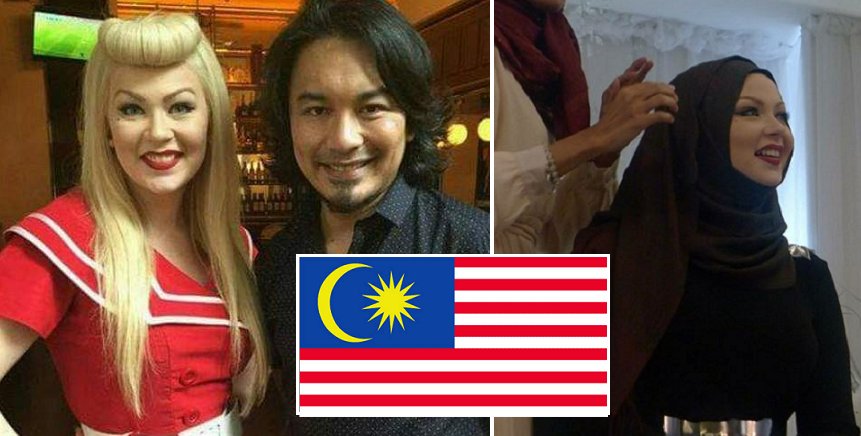 If you are a true proud Malaysian, here’s another thing for you to boast about.

A minah salleh is apparently very in love with Malaysian culture, so much so that she’s doing song covers of our lokal music! Probably better than you and me too!

Cassidy Anderson who hails from Sydney, Australia or as Cassidy La Creme on her social media accounts showcases Malaysian culture in her videos. This talented lady is best known as Cassidy Boleh on YouTube where she has covered over 20 different Malaysian songs!

But why Malaysia and Malaysian songs? World of Buzz decided to find out. We contacted Cassidy and asked her for ourselves.

In 2009 to 2012, Cassidy lived in Singapore where she worked as a Marilyn Monroe cosplayer at Universal Studios. At first she didn’t know much about the Malay culture but she was quick to make friends with the lokals over in Singapore. 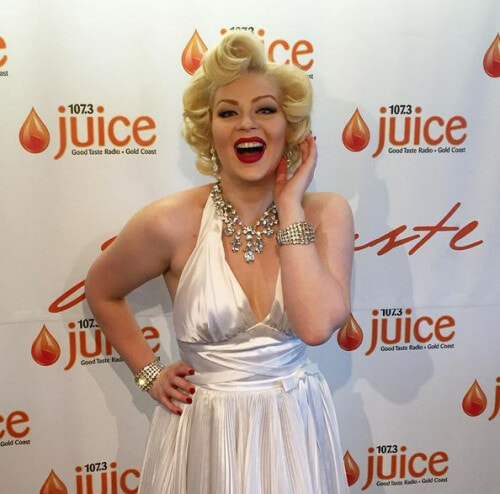 That was when the pretty blonde learned about Malaysian culture.

“I slowly began to learn about the customs of the culture, attending weddings and Raya Rumah Terbuka with my new friends, as well as them introducing me to Malaysian movies, and music.“

Coming from a family of entertainers, and having been a professional singer herself, music just flows through her veins. While she was still in Singapore, she also sang in venues around the country with Malay musicians.

“At the time, I was listening to a lot of Malay and Indonesian music, such as Agnes Monica, Siti Nurhaliza and Amy Search, and my friends began to suggest I do a YouTube cover of a Malay song.”

“I was very nervous about it, as I did not know how the Malay community would react, but I found it came so naturally to me, and my bandmates were shocked when I sang for them the first time in Malay saying that if they closed their eyes they would have thought it was a Malay girl singing.” 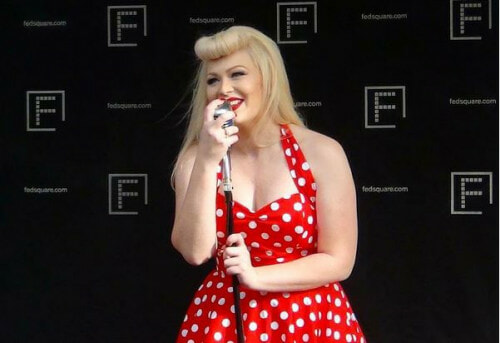 Her very first cover was Ombak Rindu by Hafiz and Adira for the movie by the same name. The multi-award winning movie and song was a successful hit among Malaysians as the rakyat felt like they could empathize with the hero and heroine.

So of course, instantaneously, Malaysians were in love with Cassidy and her cover, which as of today has almost a million views. Fans around Malaysia and even other countries like Indonesia and Singapore were impressed.

“For ombak rindu, Cassidy sing it very well maybe much better than Adira.”

At that time, she couldn’t speak much Malay. She could only say common phrases such as “Apa khabar?“, “Terima kasih” and the ever so favorite Malaysian word “Bodoh!”

But by 2014, Cassidy finally thought of settling down in Malaysia so she started getting serious with our culture.

“I began to realise that I wanted to one day move to Malaysia and continue my journey learning about the culture and singing Malay music. Since late 2014 I have been taking Malay lessons via Skype with a teacher from KL.“

“As I do not have much of an opportunity to use my language skills outside of my lessons seeing I live in Australia, my progress is slow but consistent. I would consider my level now to be conversational, tapi saya belum fasih“ 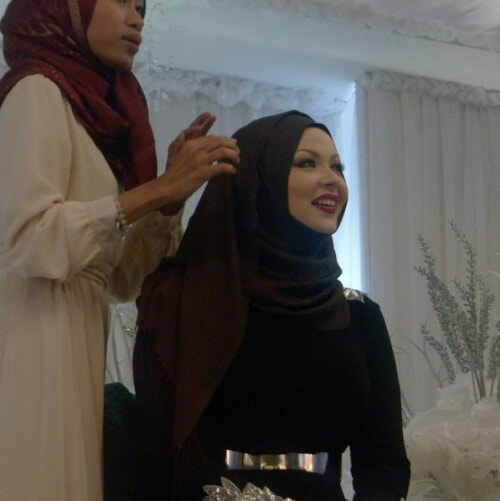 Cassidy is so into the Malay culture that she has worn headscarves on several occasions, and even modeled for it!

But one thing’s for sure, this beautiful lady works hard to improve her language.

“I also practice my skills in my own time, by translating the new Malay songs I am discovering, and watching Malay TV Shows online such as Vanila Coklat dan Upin & Ipin“

” I started travelling to Malaysia for performances and meetings, spending roughly a week there each time. I fell in love instantly.”

“It is hard for me to explain it, but I feel at home in Malaysia and I try to get back there as often as possible” 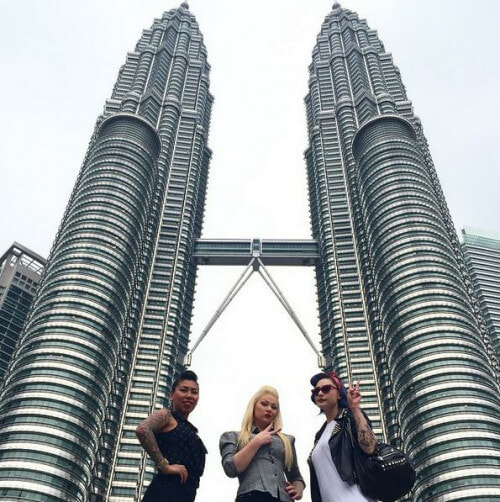 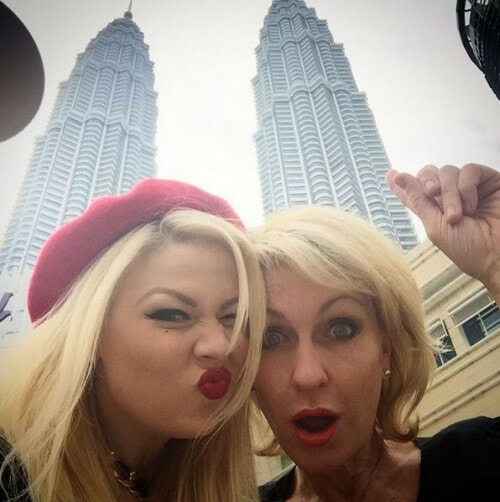 When asked about her favorite Malaysian artist, Cassidy just could not pick one! Probably because she had the opportunity to perform with many of them too.

” I have had the honour of performing at the same events as many artists such as Amy Search, Najwa Latif, Datuk David Arumugam, Adira, Jacqueline Victor, Tasha Manshahar, and many more, and am always blown away by how humble and down to earth Malaysian artists are.”

“Someday I would love to meet Siti Nurhaliza.” So, Siti if by any chance you’re reading this. Holla her up! 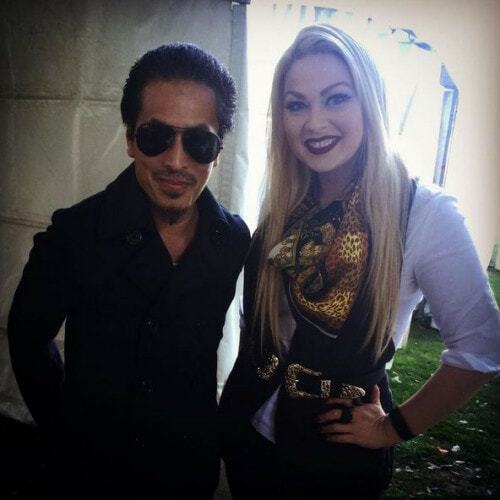 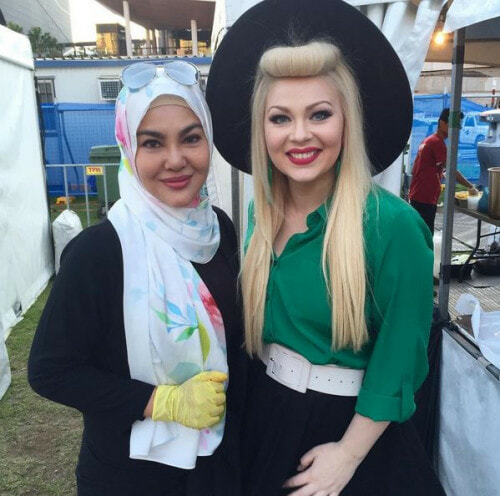 But there is definitely one thing she can decide on, which is her favorite Malaysian dish.

“Satay! SEDAP!!! I am slightly limited in what I can try sebab saya tak boleh makan pedas 🙁 But I am loving regularly discovering new Malay foods.”

Remember to check out her YouTube channel. Also here’s Cassidy’s rendition of Havoc by Joe Flizzow.