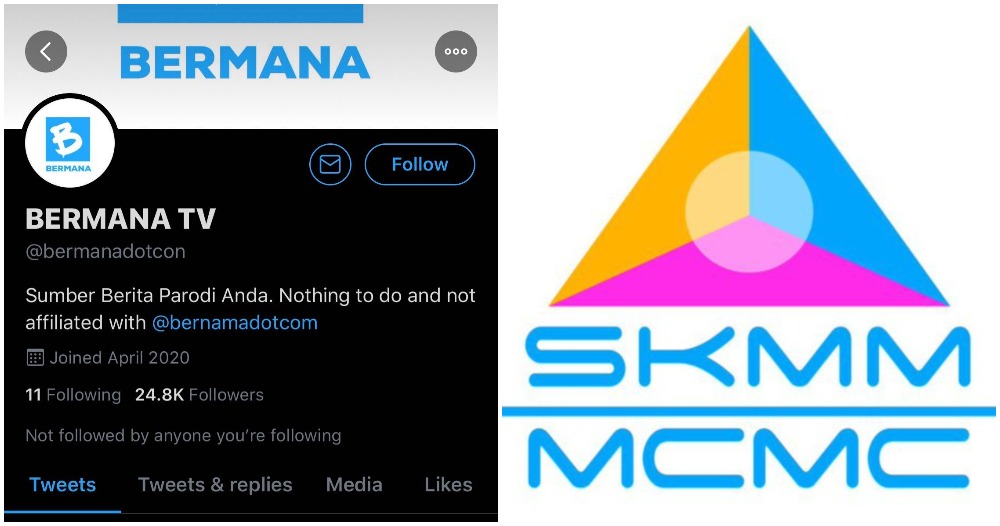 Recently, the social media site Twitter had many of its users talking about parody news accounts. The issue surfaced after a parody account called “Bermana” tweeted a statement along with a picture of the Minister of Higher Education. 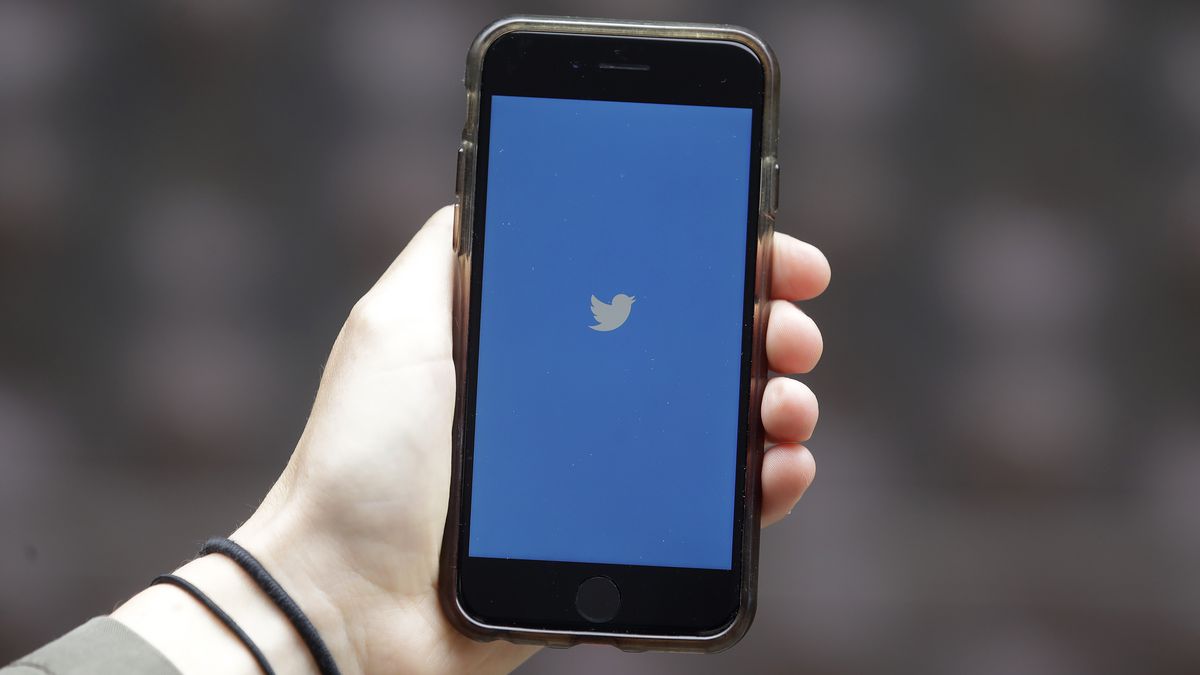 The tweet got quite a number of retweets because of its funny caption. However, some people got mixed up and took it too seriously. Though many have pointed out that the account was just a parody account and created to give satire comments on current issues. 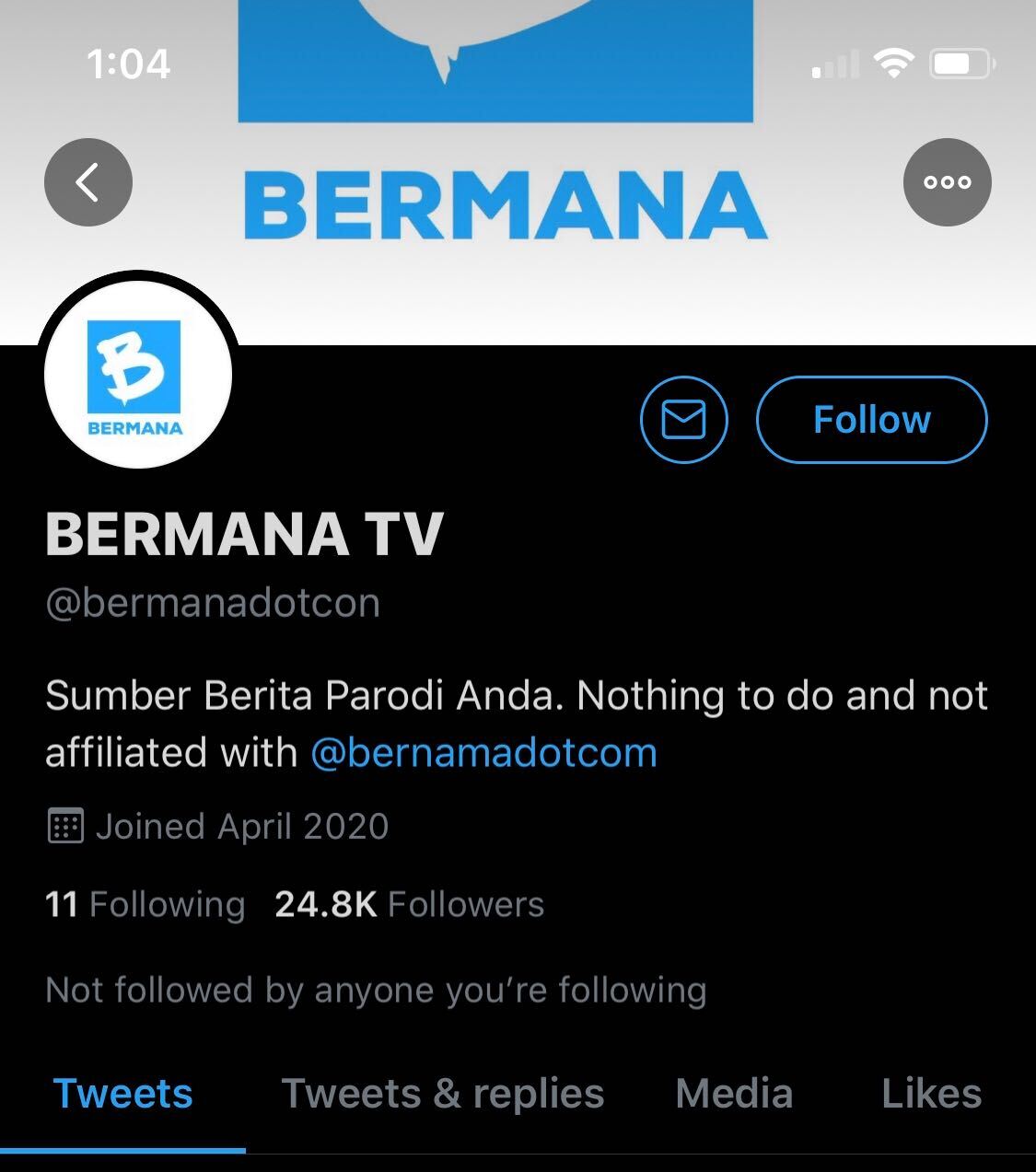 With a lot of people talking, this issue caught the eyes of the Malaysian Communications and Multimedia Commission (MCMC). According to Bernama, the Chairman of MCMC,  Dr. Fadhlullah Suhaimi Abdul Malek said that agencies and individuals affected by parody or fake accounts can take civil actions against them.

He also said that the actions taken are based on individual rights and the country also has other laws that can be used to take action against those who misuse technology.

Parody accounts have become a new trend where some misuse it to spread rumors, make fun, or criticize people. These accounts usually use the brands or logos of organizations that are well known. Fadhlullah Suhaimi gives a few examples of these parody accounts like “Bermana” where a lot of people got confused with the national news agency “Bernama”.

However, MCMC through its official website on 6 October has updated the status of the JAKIM parody account. The account was successfully suspended and they have urged the public to be alert with parody accounts.

Always fact check and be aware of misleading information on the internet. 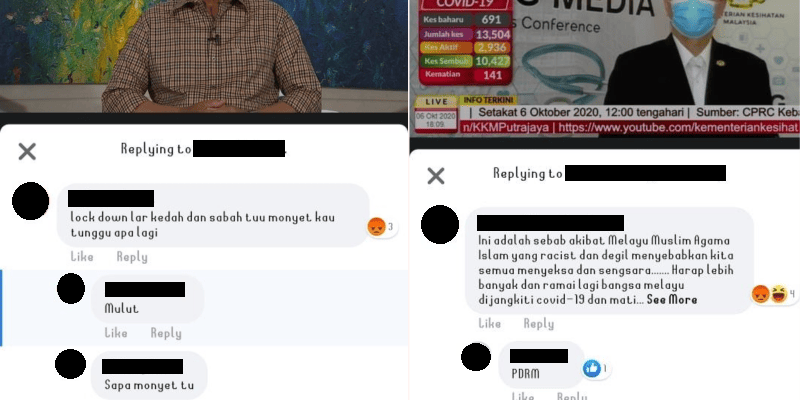