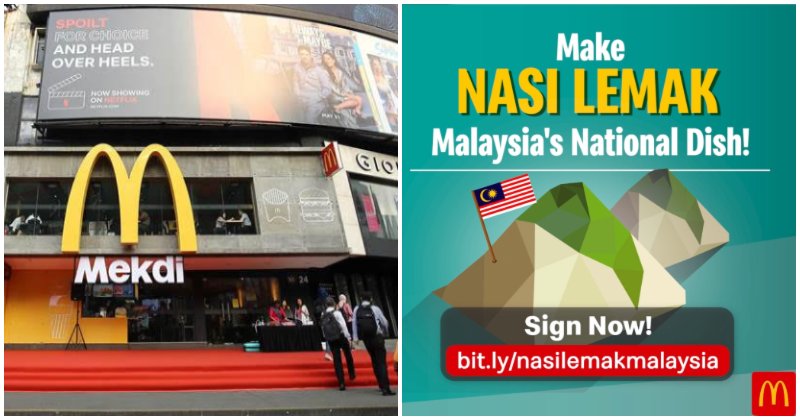 There’s nothing more Malaysian than the way we speak, considering we’ve often repurpose English words for other meanings.

The best part is also how we change the pronunciation of certain words to fit our slang, such as ‘gostan’, meaning reverse; which was derived from the nautical term with the same meaning, go astern.

That said, we’re not the only country to do this, considering foreign countries have coined their own terms for certain brands such as McDonald’s. Australians call McDonald’s “Macca’s”, while apparently Indonesia and Malaysia share the same pronunciation for it, which is ‘Mekdi’.

For in the spirit of patriotism and love for our country, McDonald’s Malaysia has called dibs on Malaysia’s endearing nickname ‘Mekdi’ in the most special way possible.

By displaying it loud and proud at the first-ever McDonald’s outlet opened in Malaysia, located at Bukit Bintang.

From now up until Malaysia Day, you can catch the unique signage that represents the localised term for ‘McD’, the short-term for McDonald’s, at their oldest outlet in Malaysia, which is a whopping 37-years-old.

Along with their show of love for Malaysian terminology, McDonald’s has also released a series of Malaysian-inspired food items, which includes the Cendol cone, the Cempedak Mcflurry, the corn pie, as well as the Nasi Lemak McD alongside the 3X Spicy Ayam Goreng.

But that’s not all! McDonald’s realised that Malaysia does not have an official national dish, which is strange considering how much of a food heaven it is.

So, for the love of Malaysian food, McDonald’s has launched a petition to make Nasi Lemak, the staple of Malaysian cuisine, Malaysia’s national dish. 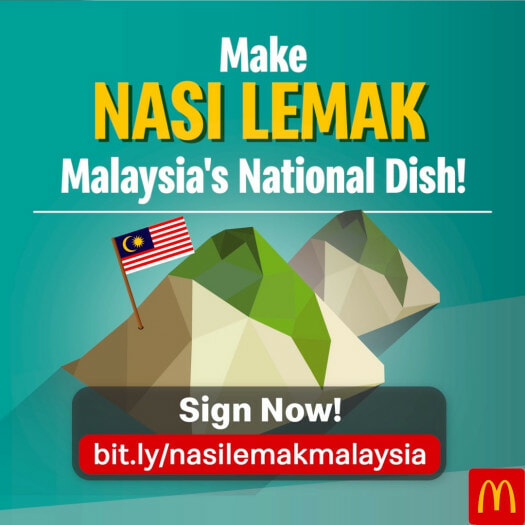 McDonald’s is calling for 1 million Malaysians and non-Malaysians alike to sign the petition by Malaysia Day (September 16th) in order for them to submit to and urge the government to make things official!

So, what are you waiting for?

For the love of Nasi Lemak and all things Malaysian, let’s make Nasi Lemak our national dish (so that Singapore won’t be able to claim it as their own ;p ).

I’ve signed the petition. Have you? 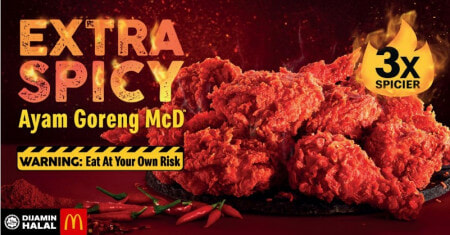